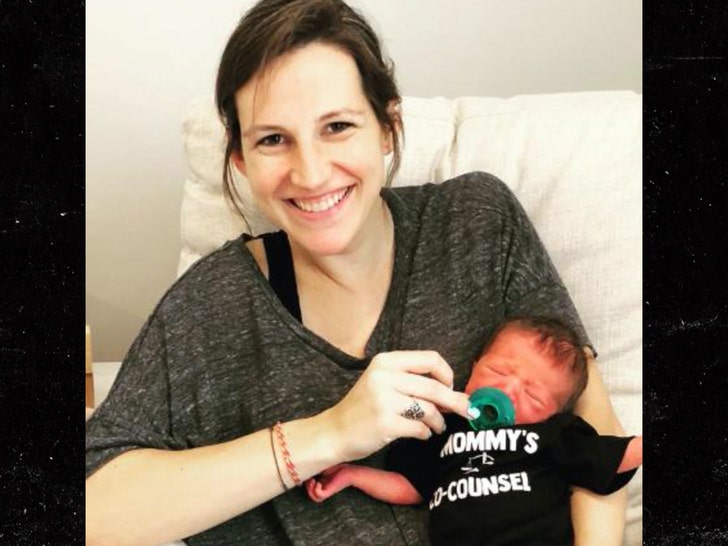 A law student and prospective lawyer went into labor in the middle of taking the bar exam, which she actually finished … after having the baby! She can do both.

Brianna Hill — who’d recently graduated from Chicago’s Loyola University School of Law — was all set to take the bar last Monday, 38 weeks into her pregnancy. The exam had been pushed back due to the pandemic … so perfect timing.

Naturally, she says she felt a sensation down below during the first of the four-part test, which would be broken up into 2 days. Sure enough … Brianna eventually discovered her water had broken, but only after she completed that initial round.

Miraculously, Hill was able to complete the 2nd, 90-minute section, and only then did she get to the hospital with her hubby and midwife in tow. She had the kid 5 hours later, then got back on her lawyer grind.

Brianna buckled down and completed the rest of the bar the next day from a room in the hospital, and was even able to nurse her baby in between breaks!!!

She says she felt it was pretty much now or never, and was determined to get it done this time. Let’s hope she passed … props to Mama Bear, Esq.