Lea Michele has revealed that she once let her friend and co-star Jonathan Groff see her genitals so she could explain the female anatomy to the actor, as they rehearsed love scenes for the sexually-charged musical Spring Awakening.

Michele, 35, starred with Groff, 37, who is gay, in the Broadway production fifteen years ago, and in a new documentary about the experience, the Glee actress is said to reveal how the pair shared a very intimate moment together.

According to Entertainment Weekly, the new HBO documentary Spring Awakening: Those You’ve Known, reveals that Michele once let ‘Groff see her vagina, using a desk lamp’ to give him an ‘illustrative lesson and satisfy his curiosity in the female anatomy as a gay man with no practical knowledge of its particulars.’ 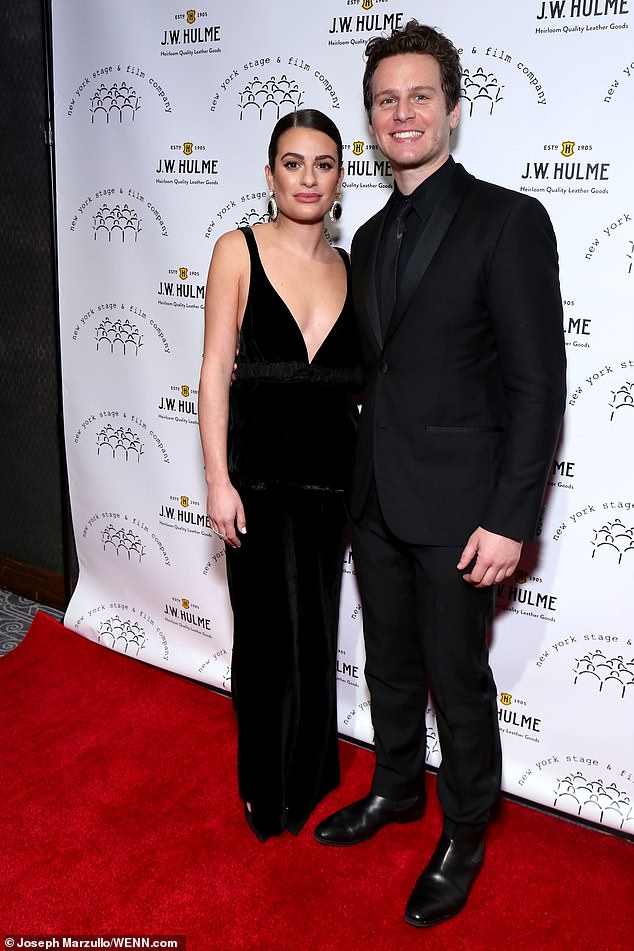 Friends: Lea Michele reveals she once allowed Jonathan Groff to see her genitals so she could explain the female anatomy and satisfy the gay actor’s curiosity (Pictured above in 2019)

EW caught up with the stars to press them further on the revelation, but Groff is said to have begun laughing uncontrollably and shrugged it off saying, ‘There’s a lot more than that story, for sure.’

However, Michele praised the documentary makers for creating a safe space to discuss the deeply personal moments of working together. ‘Radical Media and the incredible production team behind this documentary, we felt so safe and comfortable with them,’ she said.

Michele continued: ‘It was so wonderful to talk about this material as an adult and get asked real serious questions. Not like, “What’s it like to have sex with Jonathan Groff every night?”‘

‘So I just felt really comfortable with them. With that level of comfortability came a story of just what goes on behind closed doors between me and Jonathan Groff. That’s only one of them. There’s a lot of other things.’

The musical tells the story of teenagers discovering the inner and outer tumult of adolescent sexuality and starred Michele and Groff as the lead roles; Wendla and Melchior.

Their Broadway production opened at the Eugene O’Neill Theatre near the end of 2006, when Lea was only 20 and Jonathan 21.

Meanwhile, in a new interview PEOPLE Michele also spoke about how close the pair have remained as friends, and has even offered to carry his baby.

Groff was asked in the interview he if he had ‘baby fever’ after seeing Michele with her 20-month-old son Ever. 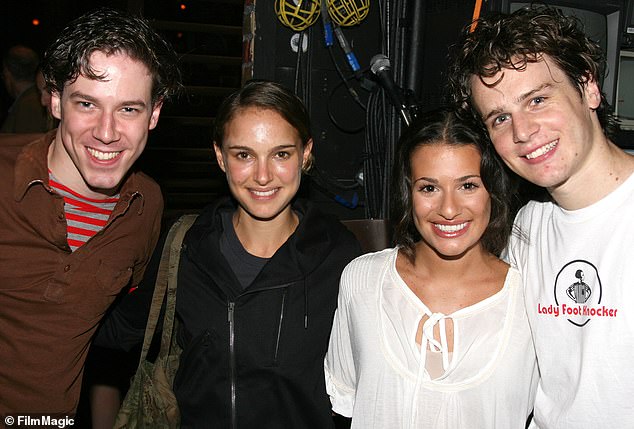 ‘I’ll carry your baby. I will,’ Michele told Groff during the interview, to which asked ‘You will?’

Michele responded: ‘Hell yeah! I love being pregnant. It’s so much fun.’

Groff joked back: ‘Good to know.’

Set in late 19th century Germany, the musical starred the pair as teenagers whose sexual encounter leads to tragedy when Michele’s character Wendla gets pregnant and dies as the result of a botched illicit abortion.

She and Groff both sang on the show’s Grammy-winning cast album, and Groff earned a Tony nomination for Lead Actor in a Musical.

Michele went on to achieve TV stardom on Glee – a series co-starring Darren Criss, with whom she is currently preparing a concert tour.

Meanwhile, Groff headed the cast of a short-lived HBO dramedy called Looking, which was guillotined after two seasons.