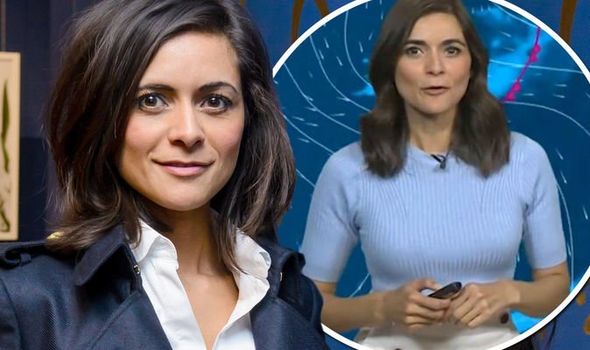 ITV weather presenter Lucy Versamy has taken to social media to share a message about climate change following the warmest September on record, which marked a big change in temperatures globally. The 40-year-old television star said “worrying” weather and climate records, which had affected the whole planet, had become the norm this year.

“As it feels chillier today – September proved to be our warmest ever globally.”

“Worrying weather & climate records have been the norm/rule this year rather than the exception,” she added.

Alongside her post, the Good Morning Britain star shared a tweet from a fellow meteorologist which included a map of the world documenting the areas that saw warmer than normal temperatures. 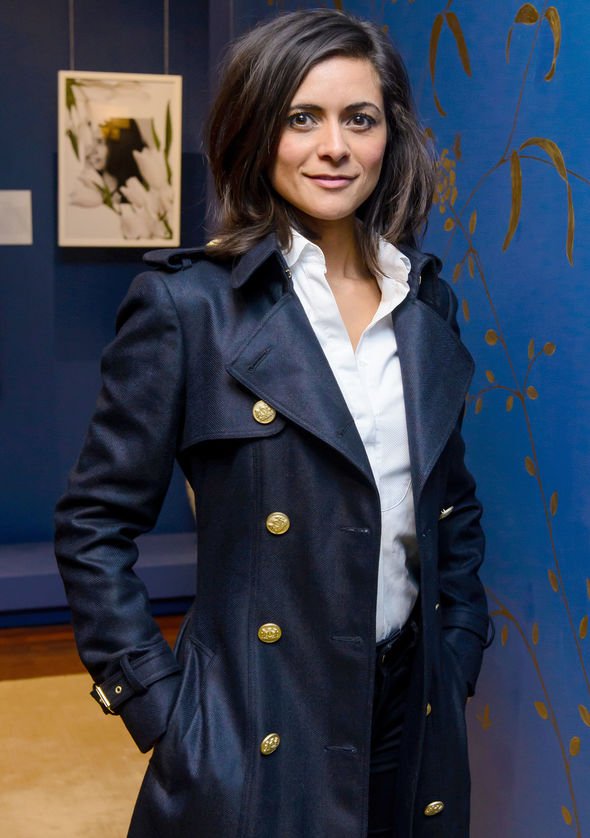 According to the footage, almost the whole planet had experienced hotter than average weather last month.

The tweet stated: “Our planet has just experienced its hottest September on record.”

“Morning Lucy. What a year it has been on every level,” one follower wrote in the comments section of her post. 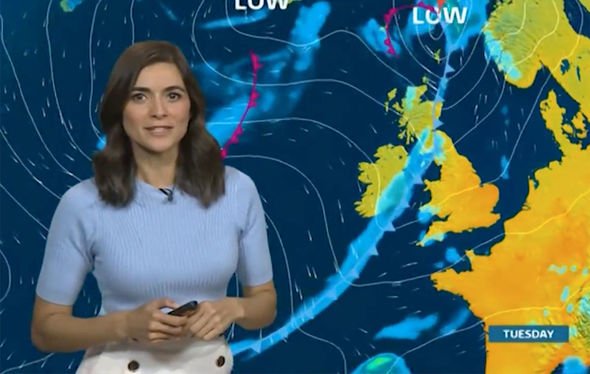 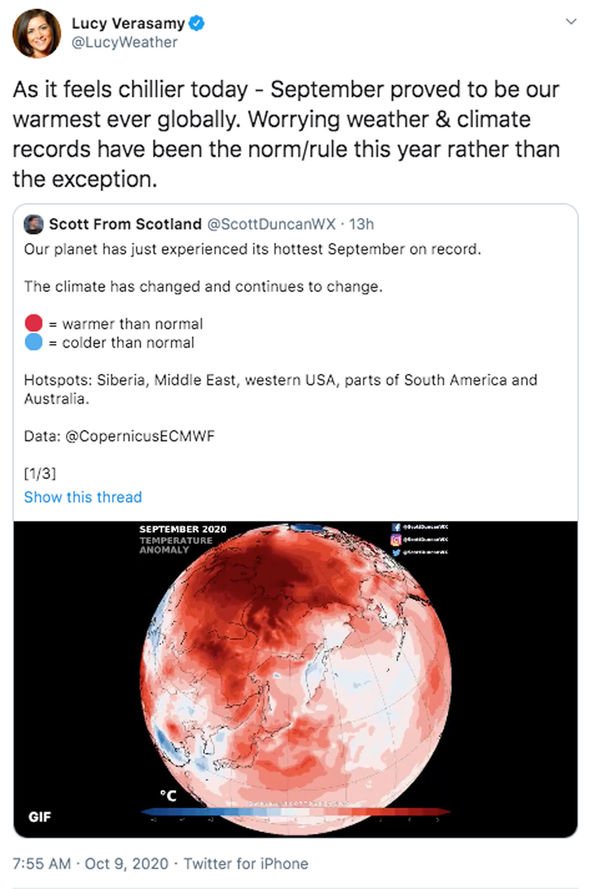 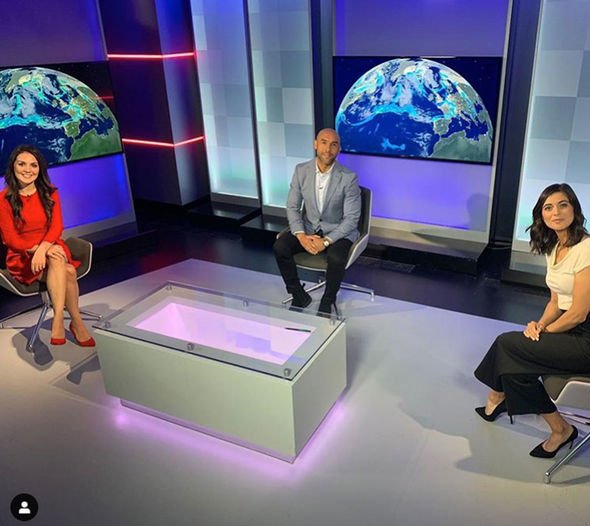 A third social media user piped up with a question about global warming.

“Genuine question. How can it be heating up if we are in reverse of the pollution etc. Less traffic, flights power stations burning fuels etc. What’s causing this to continue to surge?”(sic)

On Twitter this week, the presenter also revealed that last weekend’s rainy weather was quite likely the third wettest on record in England and Wales.

On Monday, Lucy wrote online: “High chance that for England & Wales, Saturday was the 3rd wettest October day in record (back to 1931) with 28mm.

“The two day total of 48mm likely ranks 2nd. Only the massive storm at the end of October in 2000 was wetter. via @metdesk @DukesyWeather.”