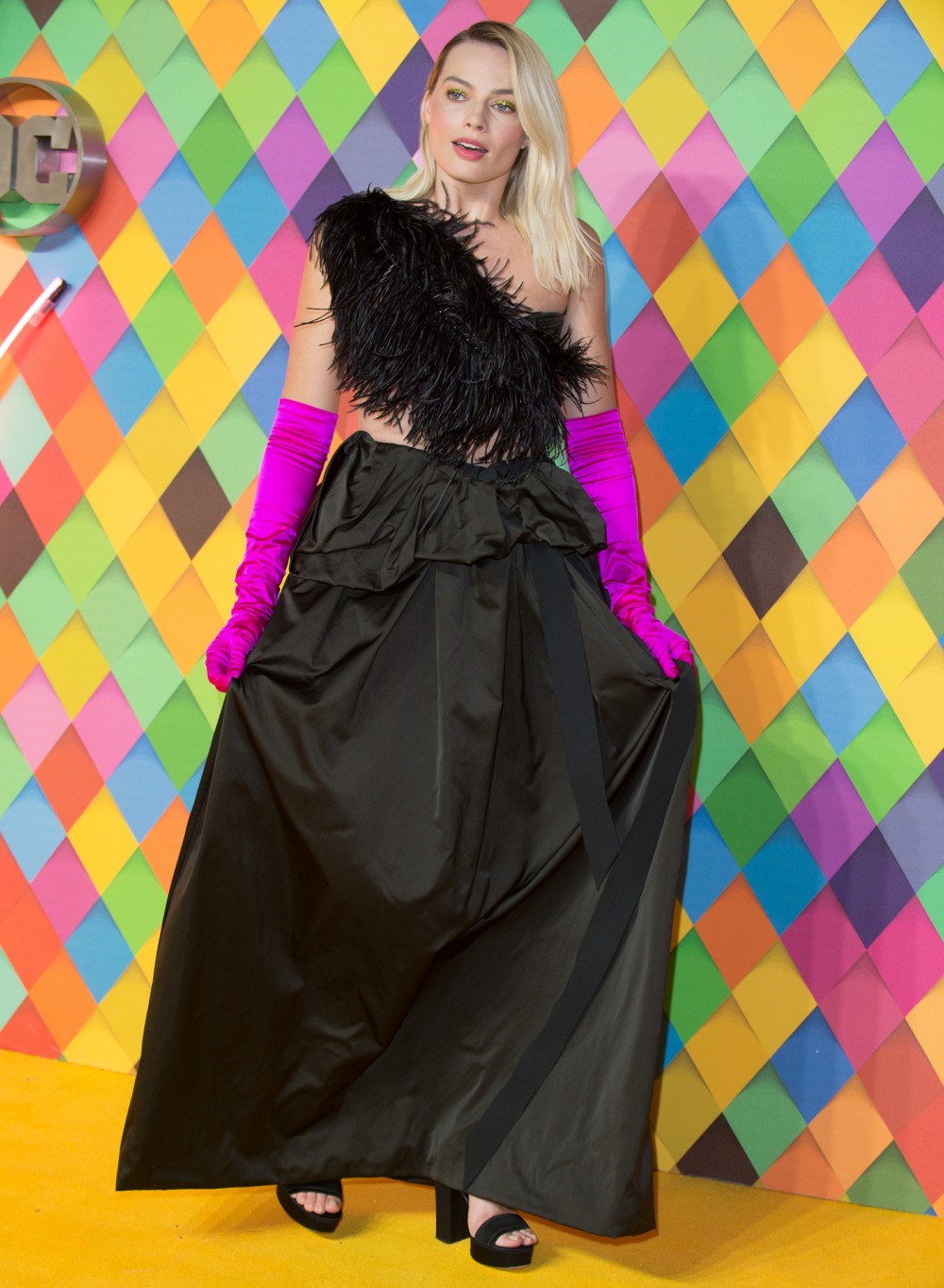 Unpopular opinion alert: Margot Robbie’s stylist does her dirty more often than the stylist does her a solid. For such an attractive woman, how does Margot consistently look so FLAT at premieres and awards shows? Every designer wants to work with her! How difficult is it to slap some makeup on her face, put her hair in a bun and put her in a cute dress? Super-hard, apparently. These are photos from the London premiere of Birds of Prey and the Fantabulous Emancipation of One Harley Quinn. I “get” that Margot wanted something funky for the premiere, she didn’t want to go “pretty” or “runway goddess.” She wanted a sartorial reference to Harley Quinn. But is this Dries Van Noten look the thing that does that? It looks more like an unflattering dress with boob feathers and then she just threw on some hot pink gloves. 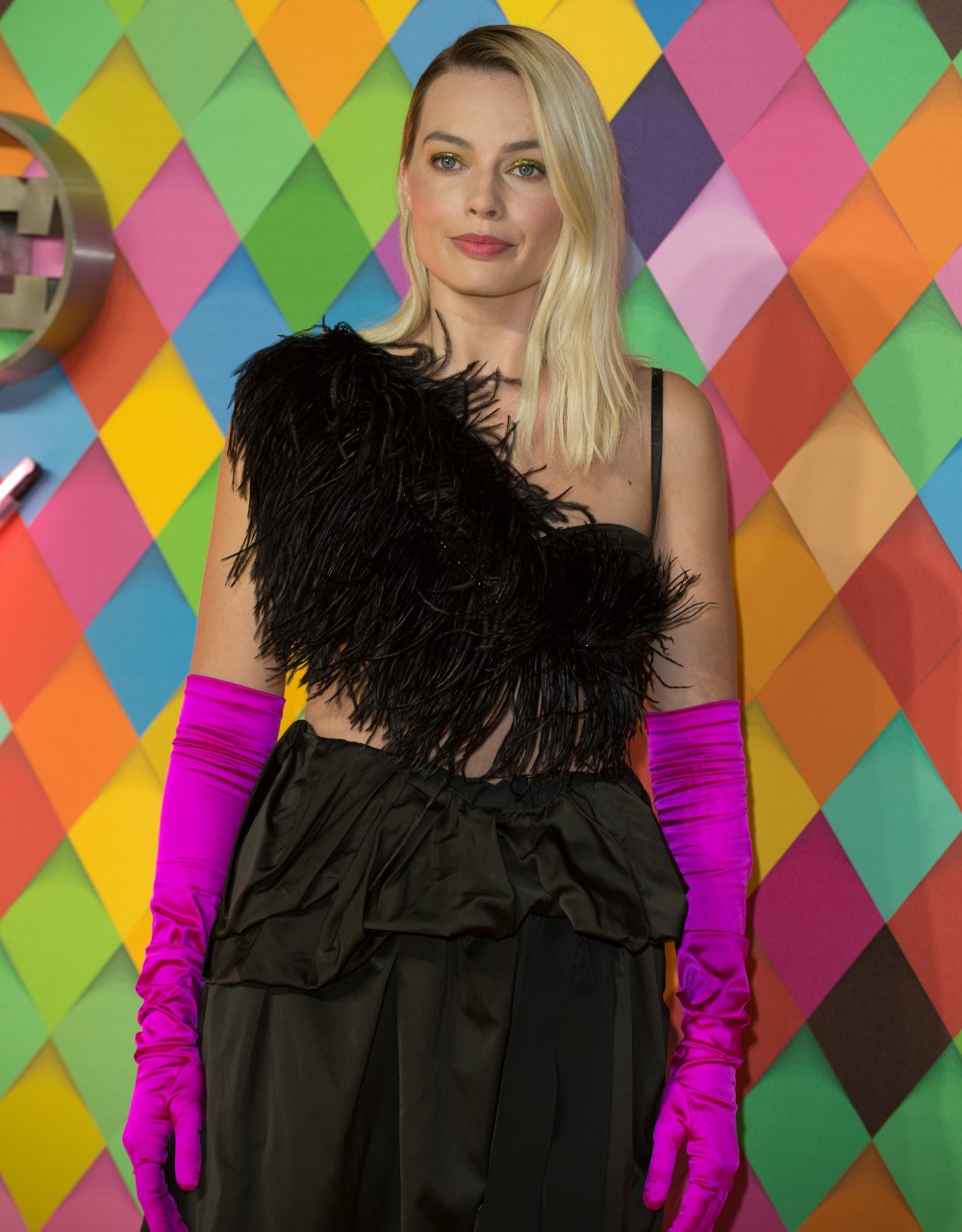 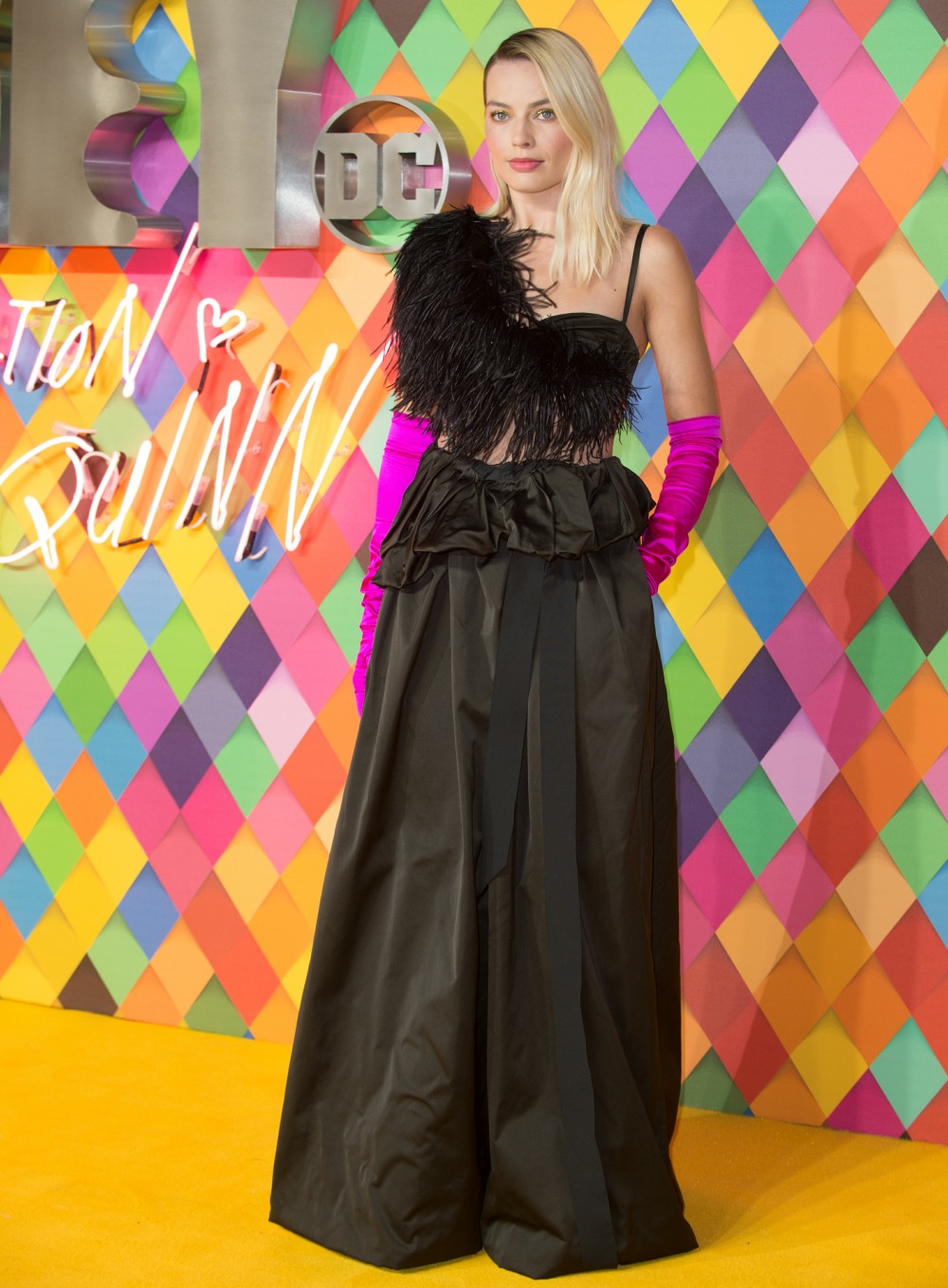 More photos from the premiere… Mary Elizabeth Winstead looks beautiful, and there’s just enough “kitsch” to this ensemble to make it work for this particular premiere. I would have been fine with MEW switching looks with Margot. Hey, is MEW still with Ewan McGregor or what? I think they’re still happening, they’re just being a lot quieter about it. He left his wife of 22 years for her. Mess. 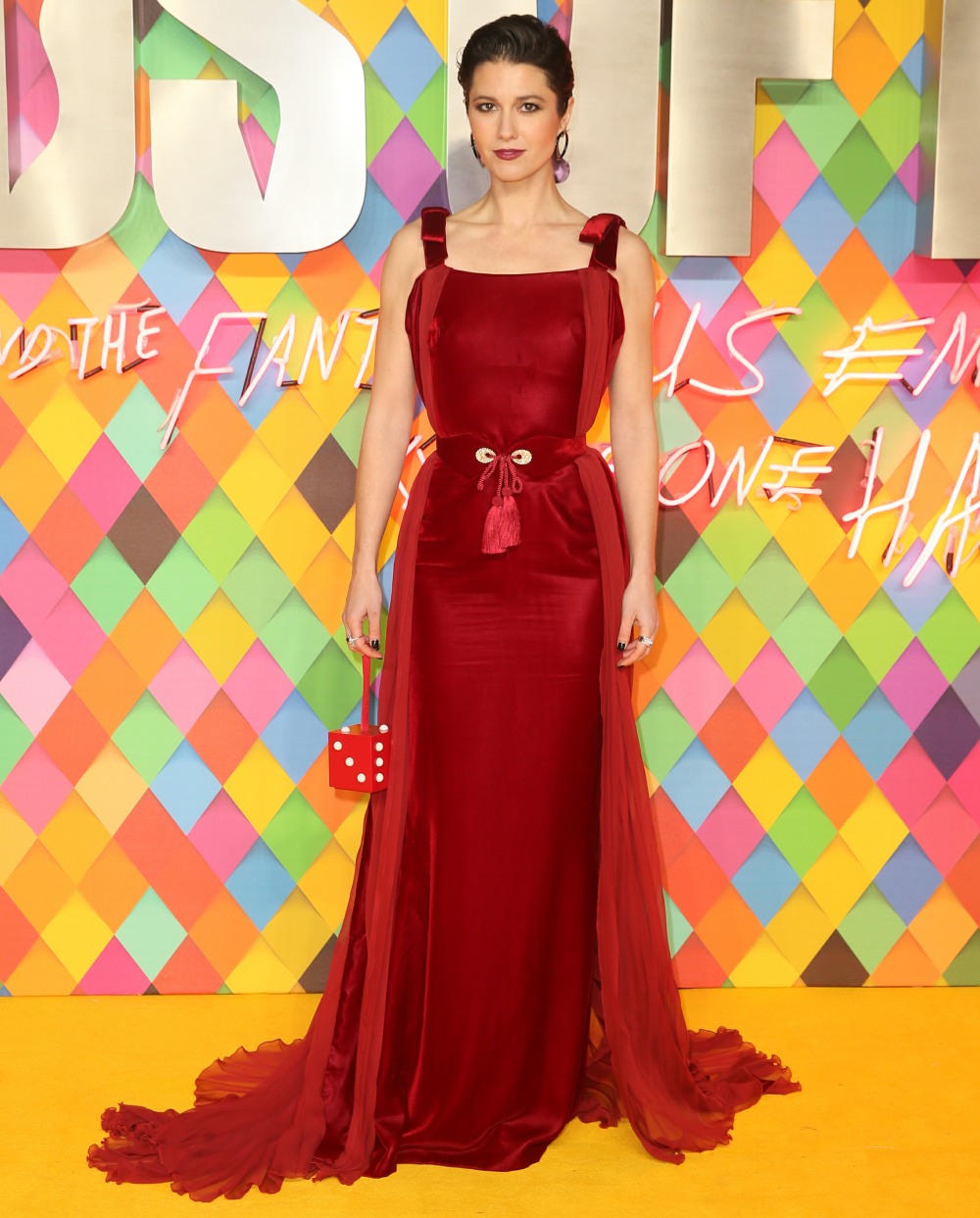 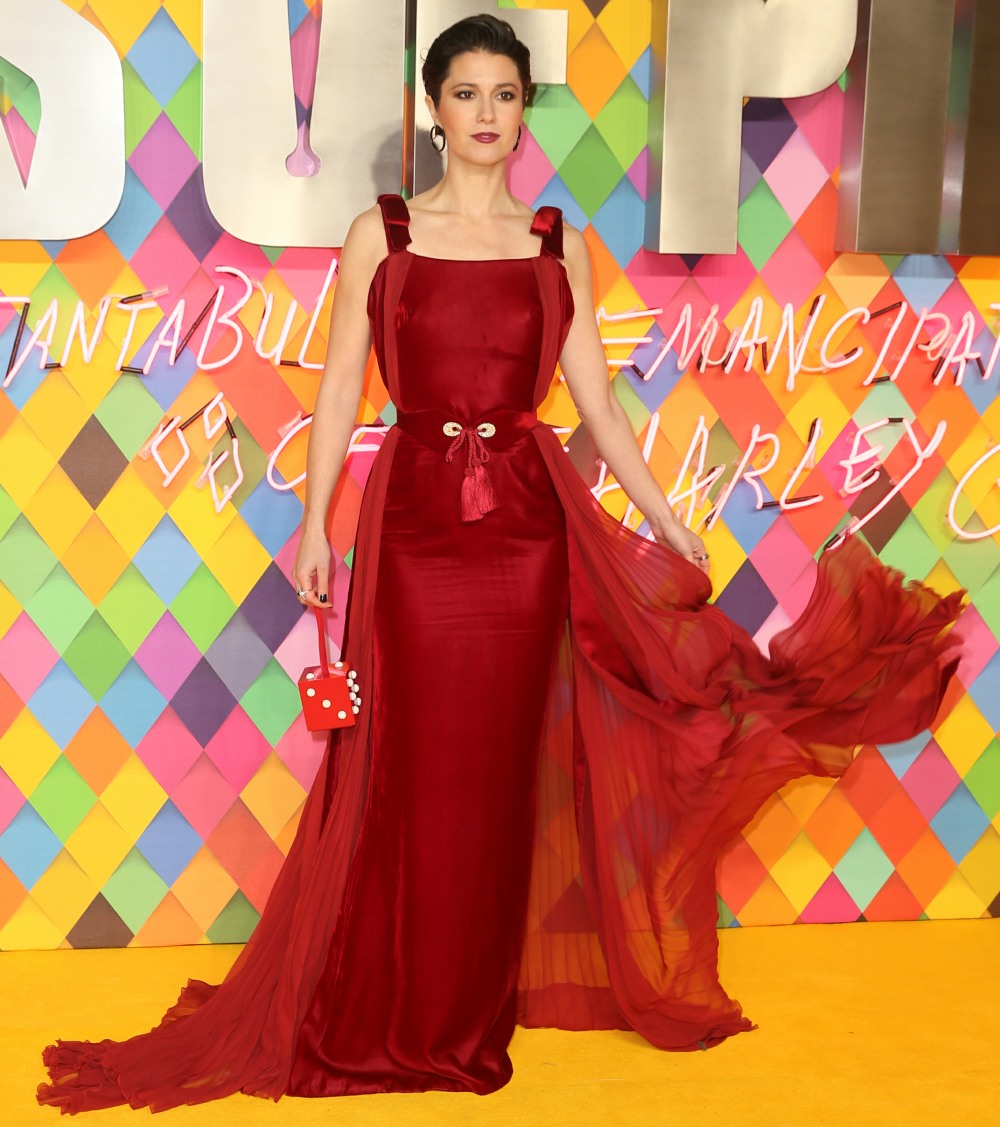 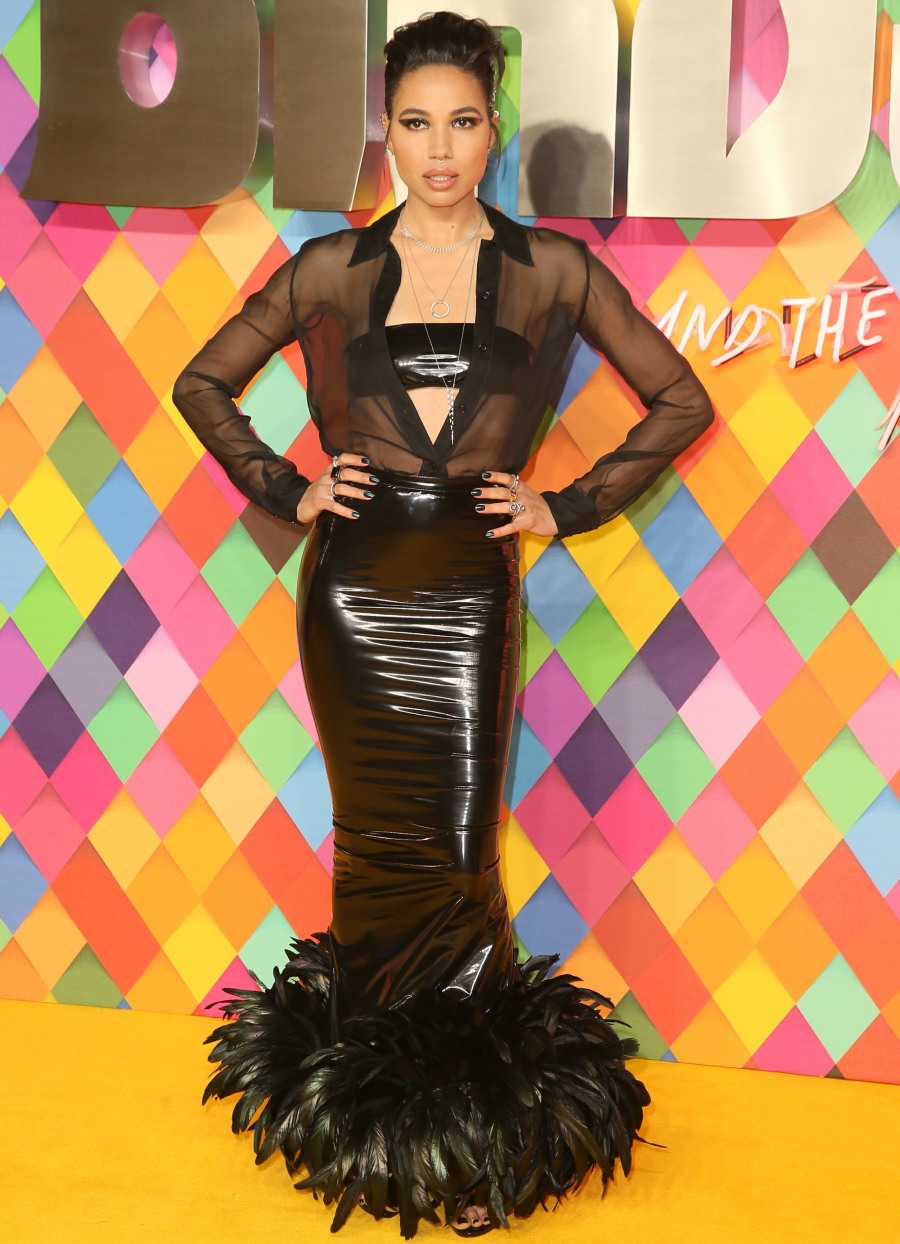 Rosie Perez also looks like she’s wearing Catwoman gear, but, like, Retired Catwoman Loungewear. I might delete that << because I kind of think “retired Catwoman loungewear” is a brand new fashion concept and it will be super-profitable. 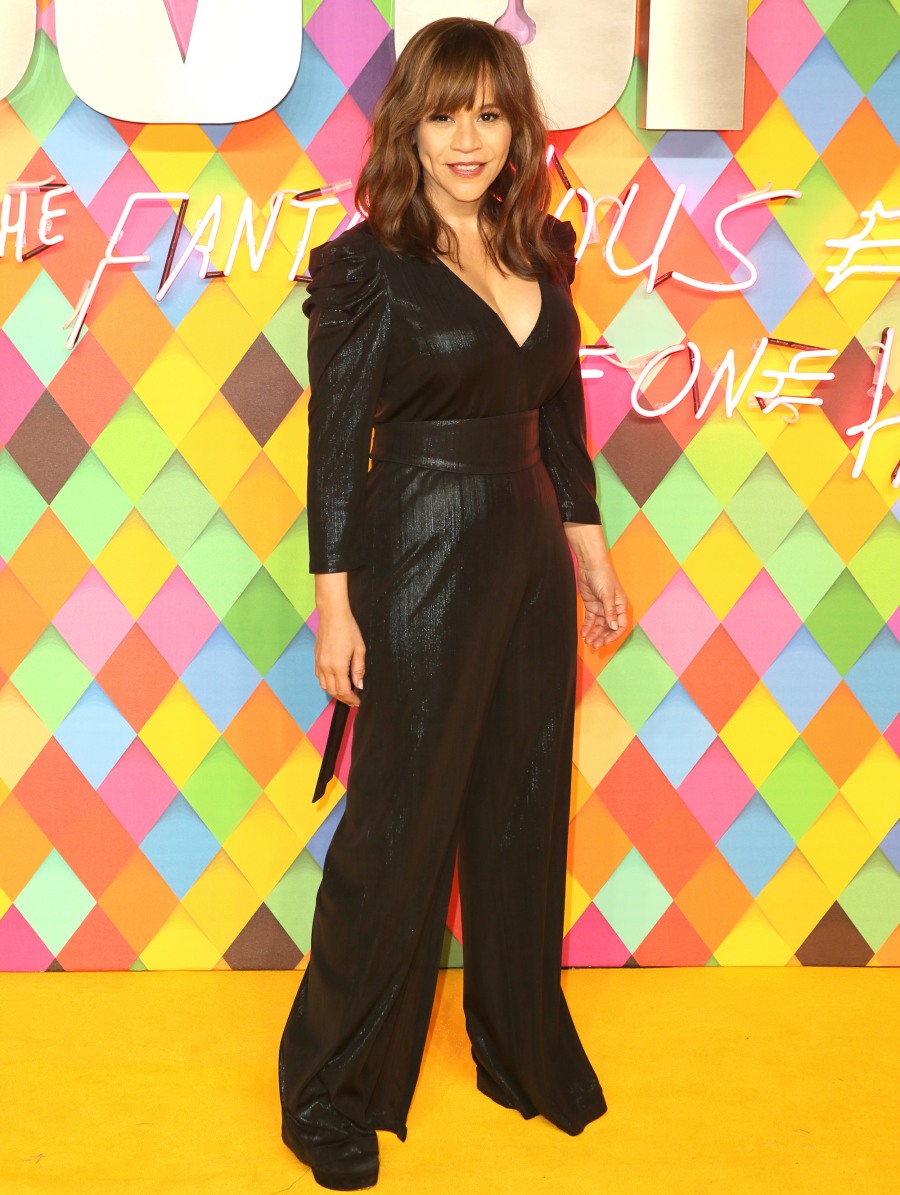