After Martin Lewis, 48, revealed it was time for him to “spread his wings” while on his way to film Would I Lie To You?, one fan questioned why the money-saving expert was wearing a face-covering. The former journalist has now hit out at the follower via Twitter.

It comes after Martin posted a selfie complete with a mask, while he was travelling to Channel 4’s studios in view of his one million followers.

He gushed: “I’m a little nervous. I’m on my way to record an episode of #WouldILieToYou. I’ve never done a comedy panel show before.

“But I thought with all the c**p going on right now, it was time to have a little bit of fun and spread my wings. #Gulp.”

Many of Martin’s fans were delighted at the thought of him appearing on the show soon.

READ MORE: Martin Lewis speaks out on major TV move as he reacts to ‘c**p’ 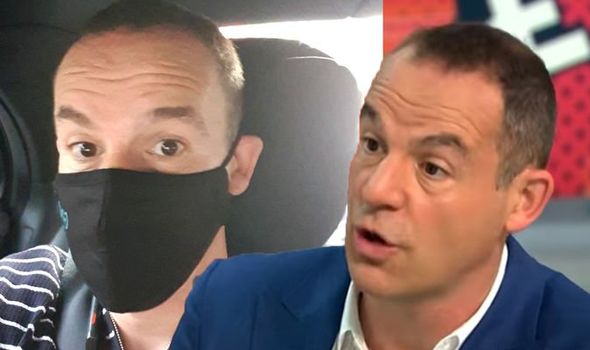 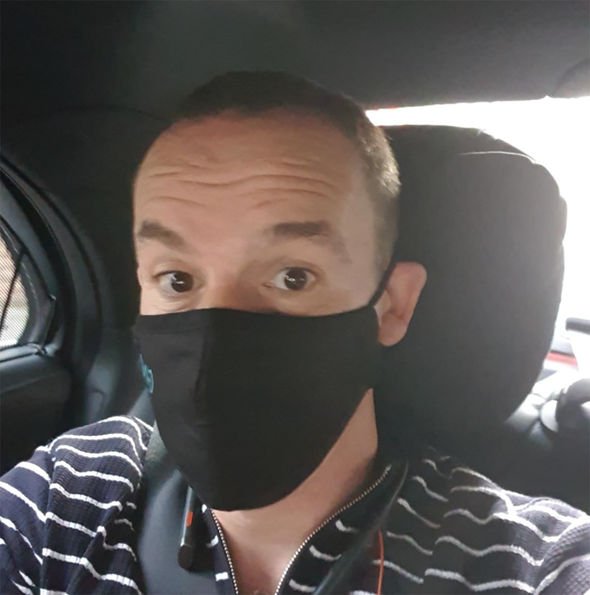 However, one decided to reply: “Wearing a mask shows you have no idea of what is reality.”

It wasn’t long before fans flocked to the post to offer their support to the finance expert.

One shared: “So if you have a disease already, like many of us, and think the extra covid might kill us, we are stupid to protect ourselves?”

Another weighed in and said: “Yes He does know what he is Supposed to be doing and that is Wearing a Mask. In Public Transport, Mr Lewis is a Very Intelligent Gentleman.”(sic) 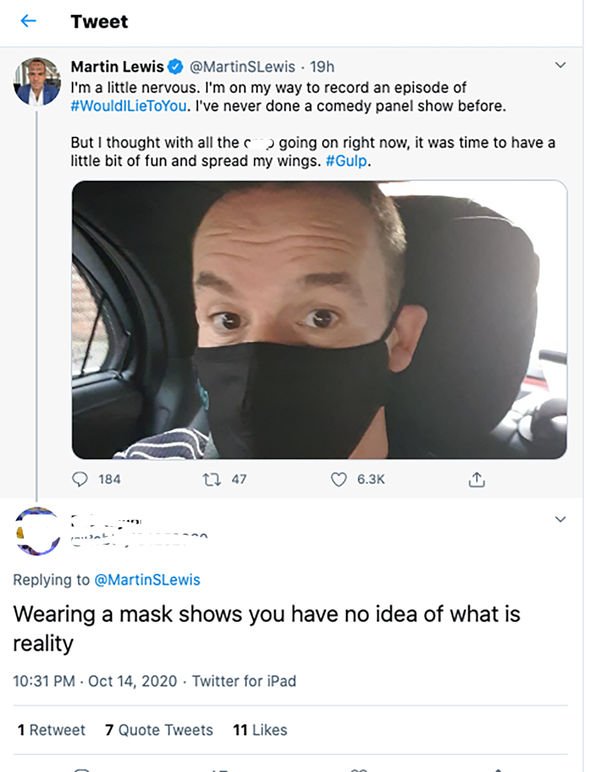 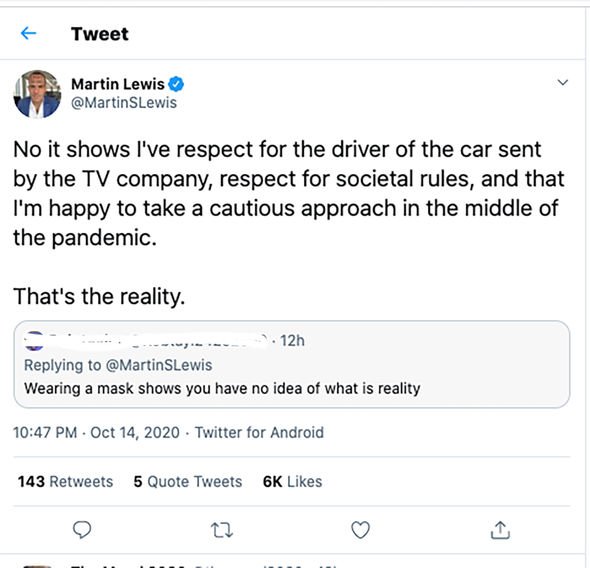 Despite his loyal followers agreeing with him, Martin decided to share the follower’s comment and express his outlook on the situation.

He penned: “No it shows I’ve respect for the driver of the car sent by the TV company, respect for societal rules, and that I’m happy to take a cautious approach in the middle of the pandemic.

Many soon reacted to his additional post, with many agreeing with his response.

One fan commented: “Is wearing a mask so difficult?

“Some felt the same way about wearing seatbelts or locking our doors at night. We shouldn’t NEED to but we do.”

Another agreed and posted: “Exactly, good on you Martin. The reality is that hundreds of thousands of people have died from this virus, and it isn’t over yet.

“I just wish everyone took the same precautions as you, and maybe we’d be out of this mess a lot faster.”

Meanwhile, followers were more focused on his opportunity with the Channel 4 panel show.

A second replied: “I didn’t even know this show was still being made.

“I feel a huge catch-up binge coming on, hope you have fun.”