Louise Redknapp, 46, said she was adamant her former school friend Martine McCutcheon, 44, was behind the Swan outfit on The Masked Singer on Twitter last weekend, which caused a stir amongst her fans. After a sing-off with the show’s Sausage, the former EastEnders star revealed her identity.

Speaking about her stint on the show today, This Morning hosts Holly Willoughby and Phillip Schofield quizzed Martine about Louise guessing her identity.

She said: “Yeah, she knew because we were at Contis (performing arts school) together, we were fellow Contis girls.

“I felt so bad because she was texting me, ‘It is you?’ And I was like, I’m under contract I can’t say. 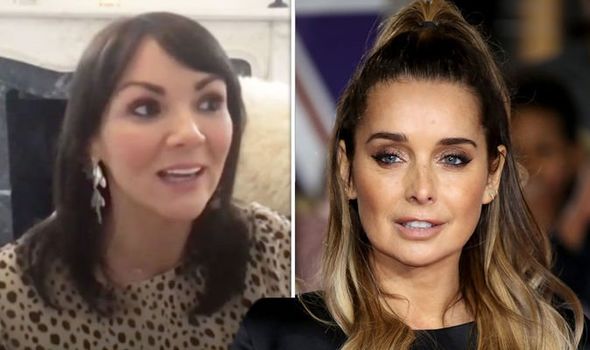 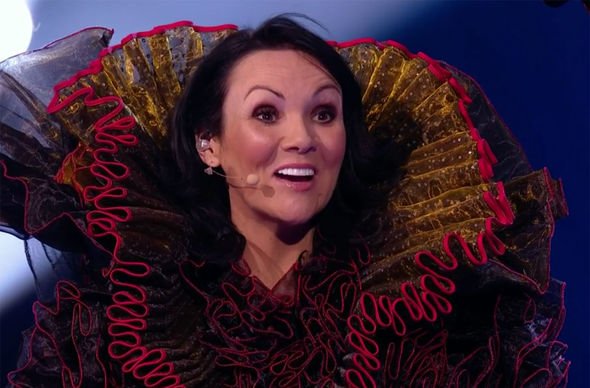 “I was just ignoring her, it was annoying, I didn’t know what to do.”

But after the news of her being behind the mask was out, Martine later responded to her friend and apologised for ignoring her. 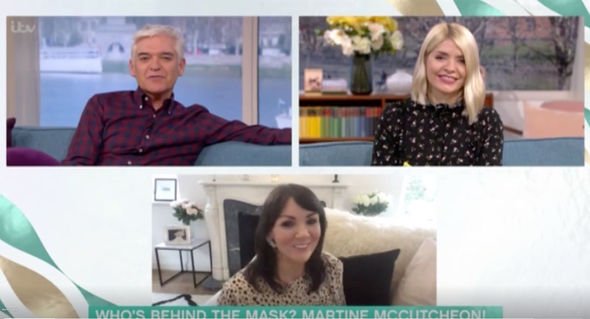 In view of her 138,000 followers, she wrote: “I recognise that voice Swan from school!!! I think it’s my friend @martineofficial @MaskedSingerUK #MaskedSingerUK.”

After Martine was unveiled as the hidden celebrity, she added: “I knew it!!!!

“I’d recognise that voice from our school days! @martineofficial smashed it babe x.”

In the same chat, Martine said she needed physiotherapy after wearing the heavy Swan outfit on the show.

She explained to the hosts: “It was a really hard outfit to wear, I’m not going to lie.

“I had a boxing mask on underneath and my face was squashed, I could hardly breathe never mind sing!

“I had to have physio for two weeks afterwards because the wings were so heavy.”

On the meaning behind her outfit and the name, she added: “They know I am a showgirl at heart, and I love glam stuff and if I could have I would’ve been in musical films forever.”

The former EastEnders actress went on to say she also suffered from claustrophobia while being in the extravagant outfit, but wanted to do the show to make her son Rafferty proud.

Addressing her son’s reaction to her being behind the mask, she revealed he thought the Swan was “boring” compared to the likes of Badger and Sausage.

Martine is the third celebrity to be unveiled on the top secret ITV show, after Mel B and Sophie Ellis-Bextor.

The Masked Singer returns to ITV this Saturday at 7pm.