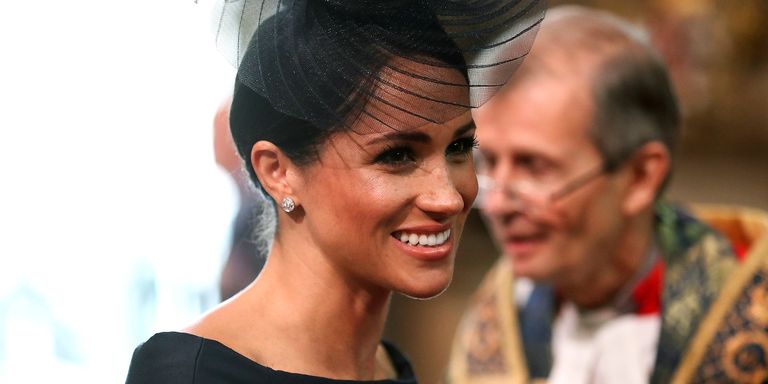 Meghan Markle has officially been a royal for almost two months now, and while some aspects of her life are radically different (like, uh, having the future king as her father-in-law), others are surprisingly the same, like the fact that Meghan still does her own makeup. At least, sometimes. (Royals! They’re just like us! Ish!)

The Duke and Duchess of Sussex have been highly visible this week, attending Prince Louis’s christening, a service at Westminster Abbey on Tuesday, and then embarking on their first overseas tour as a couple in Ireland. But one thing that apparently wasn’t on the packed agenda? Time spent with a makeup artist.

In the pic, Meghan is wearing her now-trademark sleek chignon, dewy foundation, nude lips, and a subtle smoky eye with thick lashes. All in all, not too different from her wedding-day makeup.

Can we say my love #Meghanmarkle looking #chic in @dior today! ? #slay?

Can we say my love #Meghanmarkle looking #chic in @dior today! ? #slay?

Though it looks like Martin’s work, he revealed to a fan that he had nothing to do with Meghan’s look, responding to a comment on Instagram with, “I didn’t [do the makeup] but she’s so good herself, right!?” and “She did her makeup herself for this.”

It shouldn’t come as a huge surprise to anyone that an ex-Hollywood actress is capable of doing her own makeup. And it also makes sense that Martin, who lives in New York City, wouldn’t be following Meghan from engagement to engagement for the rest of her life.

Of course, Tuesday could have been a one-off, but I’d be willing to bet that Meghan has been doing her own makeup for weeks without any of us noticing. She is, after all, a regular human being underneath all of the royal fame.

Though Meghan has yet to personally call me to give me the breakdown of the products she’s been using to create her looks, I’m guessing at least a few of them come from her list of beloved products, which she used to publicly gush about.

And yes, I’ve gathered them all for you, below, so you can attempt to look like a royal yourself, too. Better book a ticket to Ireland, stat.

From: Marie Claire US