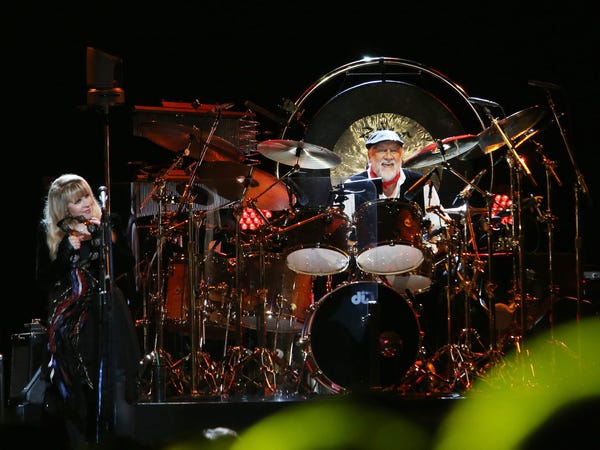 Mick Fleetwood recently joined TikTok to recreate a viral video that rekindled affection for one of his band's classic songs.

In the famous drummer's first and only TikTok video, posted on Sunday, he glides along outside while clutching a jug of Ocean Spray Cran-Raspberry juice, grinning and lip-synching to Fleetwood Mac's 1977 hit "Dreams."

Fleetwood, who cofounded the legendary rock band in the late '60s, intended to pay homage to beloved TikToker Nathan Apodaca, better known by his username @420doggface208.

Apodaca blew up in late September when he posted a video of himself skateboarding on the highway, chugging cranberry juice gleefully jamming to "Dreams." He captioned the video, "Morning vibe."

The clip has racked up more than 20 million views on TikTok and hundreds of thousands more on Twitter.

The video's popularity caused "Dreams" to surge in both streams and sales during the days following Apodaca's outing — 43 years after it originally topped the Billboard Hot 100.

This isn't the first time "Dreams" has seen a spike in listeners thanks to social media. In 2018, a video of the Golden Girls dance troupe was turned into a Twitter meme, which overlaid "Dreams" as the performance's soundtrack. The song subsequently shot up to No. 14 on Billboard's Hot Rock Songs chart.