Mick Jagger’s girlfriend Melanie Hamrick, 34, shows off her toned figure in a black bikini as she poses on a boat on holiday

Mick Jagger’s girlfriend Melanie Hamrick showed off her incredible figure in a black bikini as she perched on the edge of a boat on Sunday.

The 34-year-old is currently on holiday at an unknown location and looked fantastic as she topped up her tan in the sunshine.

She slipped an embellished jacket over her two-piece which was belted at the waist and she accessorized with a long pendant. 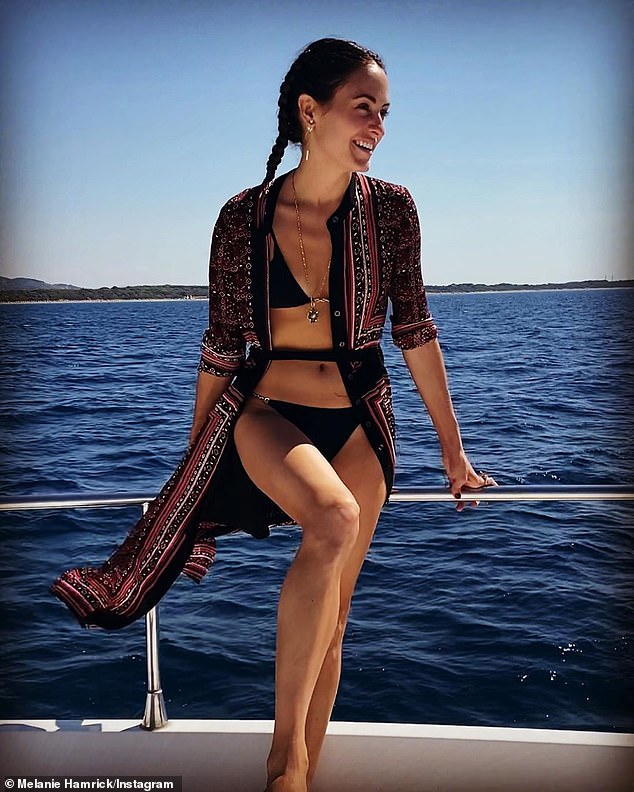 Boat babe: Mick Jagger’s girlfriend Melanie Hamrick, 34, showed off her toned figure in a black bikini as she posed at an unknown location on Instagram on Sunday

Her hair was tied into plaited bunches and she had a big smile on her face for the camera.

Melanie has spent several days holidaying with boyfriend Mick, 76, and their three-year-old son Deveraux as the global COVID-19 lockdown eased.

And she was also in full celebratory mode on Friday, as she took to Instagram to mark her birthday with a pair of sunny snaps.

The former ballerina cut a chic figure in a plunging blue sleeveless dress, which she hiked up to her thigh while striking a pose on a rolling green manicured lawn. 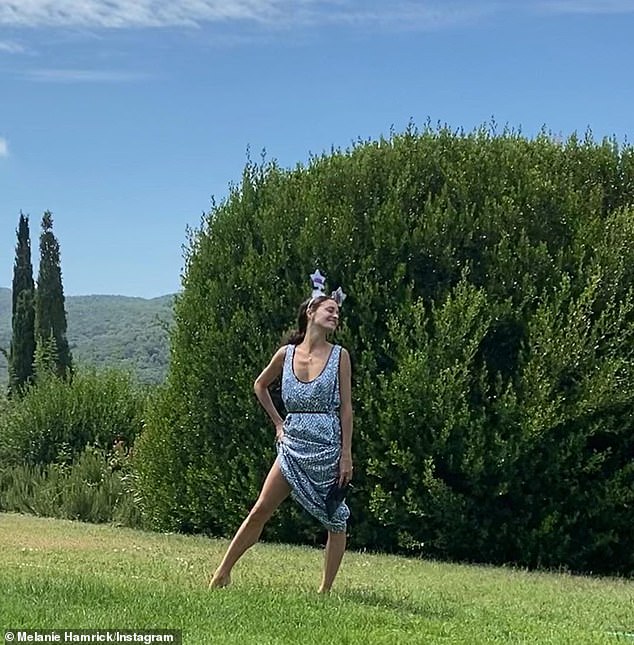 Go Melanie, it’s your birthday: Melanie was also in full celebratory mode on Friday, as she took to Instagram to mark her 34th birthday with a pair of sunny snaps

Leaving no room for doubt that it was her special day, the brunette beauty complemented her gown of choice with a sparkly star headband.

Showing she was at one with her surroundings, Melanie appeared to be barefoot as she looked out only the lush green backdrop for her special occasion snaps.

Captioning the images, she wrote: ‘It’s a beautiful day to celebrate! ⭐️ Thank you all for the birthday love ❤️ ❤️❤️❤️.’ 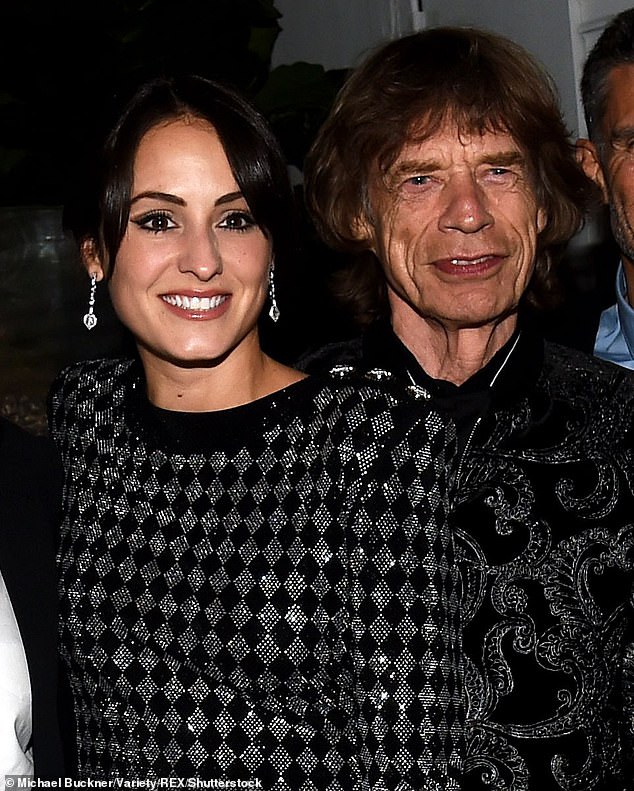 Just the day before, she was spotted looking every inch the doting mum as she took her son Deveraux to the beach to build sandcastles in Lovorno.

The former ballerina – who began dating Rolling Stones icon Mick in 2014 – carried a bucket into the sea as she and Deveraux splashed around during the fun day out.

In a 2018 interview, Melanie, who retired from ballet in 2020, said of her relationship with British rock legend Mick: ‘I don’t think of myself as a “Baby mama”…

‘In the technical sense, I’m not married to the father of my child. But I am in a great, wonderful relationship with him. So I don’t see myself like that…

‘I dance with one of the most well-known ballet companies in the world. To be put in that category is insulting and it’s insulting to my boyfriend.’

Sir Mick has eight children by five women. His first child, daughter Karis, 47, was a result of a fling with actress and singer Marsha Hunt.

He then went onto have daughter Jade, 46, with his then-wife Bianca.

The Satisfaction hitmaker also has four children with Jerry Hall: daughters Elizabeth, 34, and Georgia, 26, and sons James, 33, and Gabriel, 20.

Mick and Jerry split after it was discovered that he had had an affair with Brazilian model Luciana Gimenez Morad, resulting in Jagger’s seventh child, Lucas, 19. 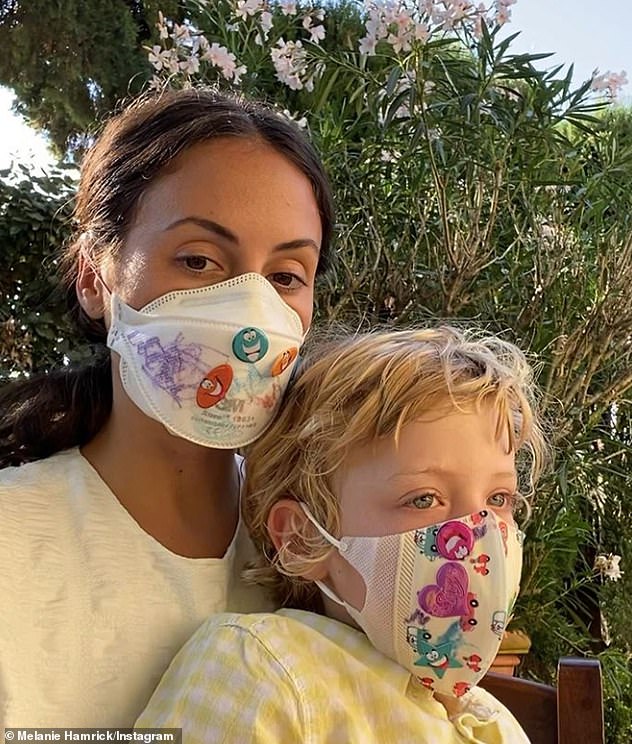 Pride and joy: The happy couple are the proud parents of three-year-old son Deveraux. Legendary rocker Mick is the father of seven other children