Mookie Betts Dances His Face Off While Giving Away Turkeys In South L.A. 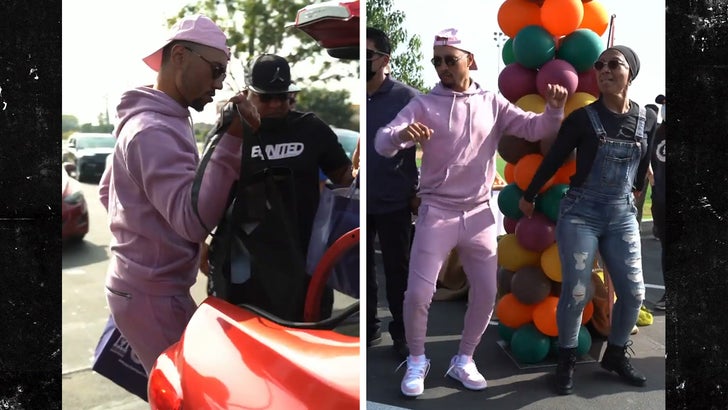 Mookie Betts showed off his big heart at a Thanksgiving charity event on Wednesday — and then he showed off his dance moves … and it was all awesome!!!

The MLB superstar was out at Algin Sutton Recreation Center in South L.A. — just a few miles from Dodger Stadium — giving away turkey dinners with a side of moves.

The 29-year-old passed out birds and all the fixin’s to those in need … and then he hit the Wobble with a bunch of people in attendance.

Check out the footage, it’s clear the dude can play baseball well AND dance at a high level too!!!

As for the event, it was a Brotherhood Crusade affair that officials say Mookie had a hand in inspiring. 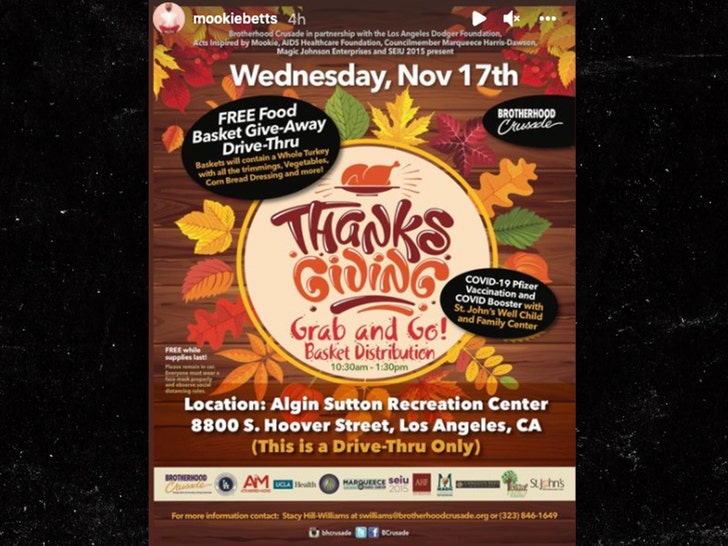 The giveaway included whole turkeys, vegetables and corn bread dressing — and it ain’t hard to see everyone there was stoked for the free dinners.

Props to Betts for the charitable act — up next, maybe an appearance on “Dancing With the Stars”!?!