MTV star Charlie Balducci’s cause of death has been revealed.

Balducci, who was best known for documenting his wedding on the MTV series “True Life: I’m Getting Married,” died of an accidental overdose, the New York City medical examiner confirmed to Fox News.

A spokeswoman for the medical examiner’s office said Balducci, who was 44, died of “acute intoxication by the combined effects of oxycodone, hydrocodone and alprazolam.”

His manner of death is listed as an “accident,” the office confirmed.

LARRY KING REMEMBERED BY SUZANNE SOMERS: ‘NOT MANY PEOPLE LIKE HIM’

The reality star died in New York last July. He was found unresponsive in his bed.

Charlie and his wife, Sabrina, allowed cameras to follow them for four months in 2001 while they planned their wedding. He became famous after the network aired an infamous meltdown he had on a limo driver who informed him that he would be late on the day of his wedding.

“I will gut you like the f—ing piece of sh– you are,” he shouted at the time. “I’ll hunt you down like f–king cattle. 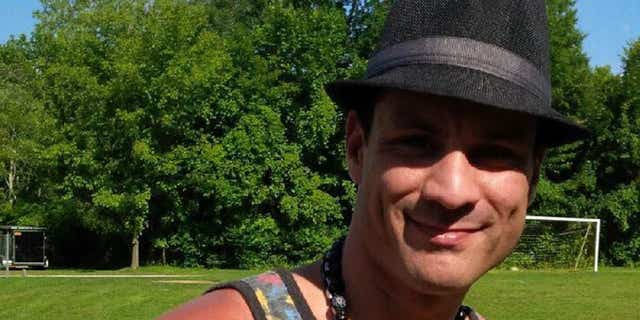 In a 2013 interview with “20/20,” Charlie discussed the meltdown, noting that his chief concern was not upsetting their priest. He recalled having a conversation with the priest prior to the big day.

He added: “In defense of myself, I really did what any Staten Islander would have done in that situation.”

He ultimately ended up being two hours late to his own wedding. He and Sabrina would go on to have two children who are now teenagers.

After his time on the reality show, Balducci went on to serve as president and founder of NycArtsCypher, a non-profit organization that promotes positive values through arts and entertainment.