A new love? Kaia Gerber was spotted holding hands with a new man while out for a stroll in downtown NYC on Monday, February 18.

The runway strutter, 17, and fellow model Wellington Grant cozied up to one another while walking the streets of SoHo, with Gerber in a brown tweed button-down coat, oversized glasses and sneakers, and her male companion in a large blue hoodie, flared jeans and a cream knit cap.

The couple was also seen together on Valentine’s Day while leaving the Mercer hotel on Thursday, February 14.

Gerber and Grant sparked buzz of a romance earlier in February when Cindy Crawford’s daughter popped up on the male model’s Instagram Stories. “R they dating?” one fan inquired Opens a New Window. , with another answering, “Yes, so cute.”

The Marc Jacobs spokeswoman was previously linked to model Fenton Merkell, whose mother is British actress Patsy Palmer, in December 2017. They were last spotted together in January 2018.

The jet-setter has also been plenty busy with her career: In addition to hitting the runway for some of the biggest names in the biz, including Chanel, Stella McCartney and Valentino, she’s also a beauty ambassador for YSL and a fashion designer in her own right — Gerber teamed up with Chanel and Fendi creative director Karl Lagerfeld in 2018 on a collection of ready-to-wear clothing accessories called Karl Lagerfeld x Kaia.

She learned from the best: Her supermodel mom, Crawford, 52, offers up plenty of advice, as she revealed in an interview with The Thick Opens a New Window. in 2015. “Fortunately, you’re still at a point where you’ll listen to me [laughs]. Especially when it comes to something like modeling,” the ‘90s icon quipped.

“Who else knows better?!” Gerber responded. “Your experiences have allowed me to enter the industry with more confidence.”

Scroll down to see pics of the models getting cozy in NYC. 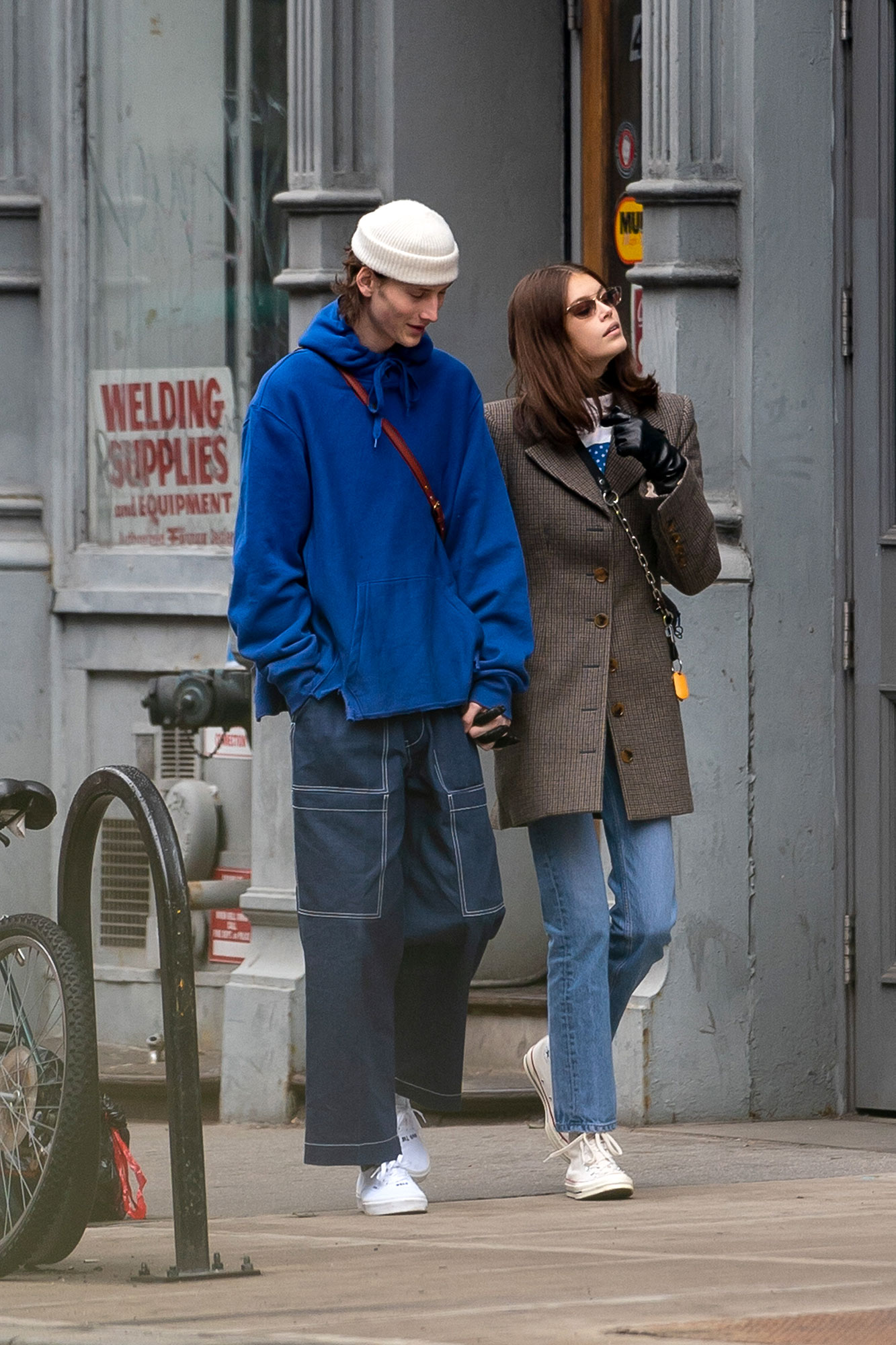 The pair’s hands were tightly clasped together as they enjoyed their afternoon walk. 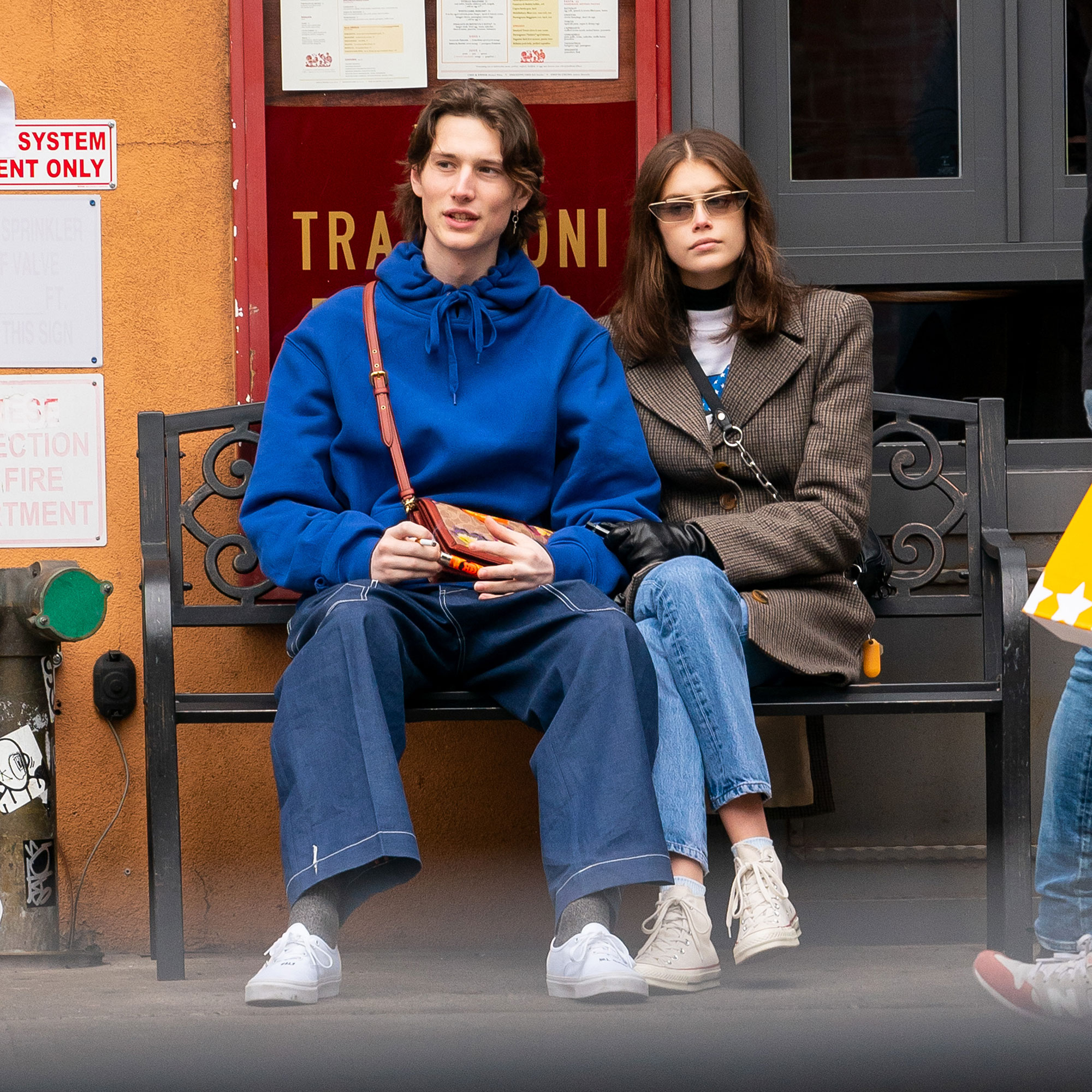 The duo took a break to cozy up on a bench, with Gerber’s feet brushing her date’s. 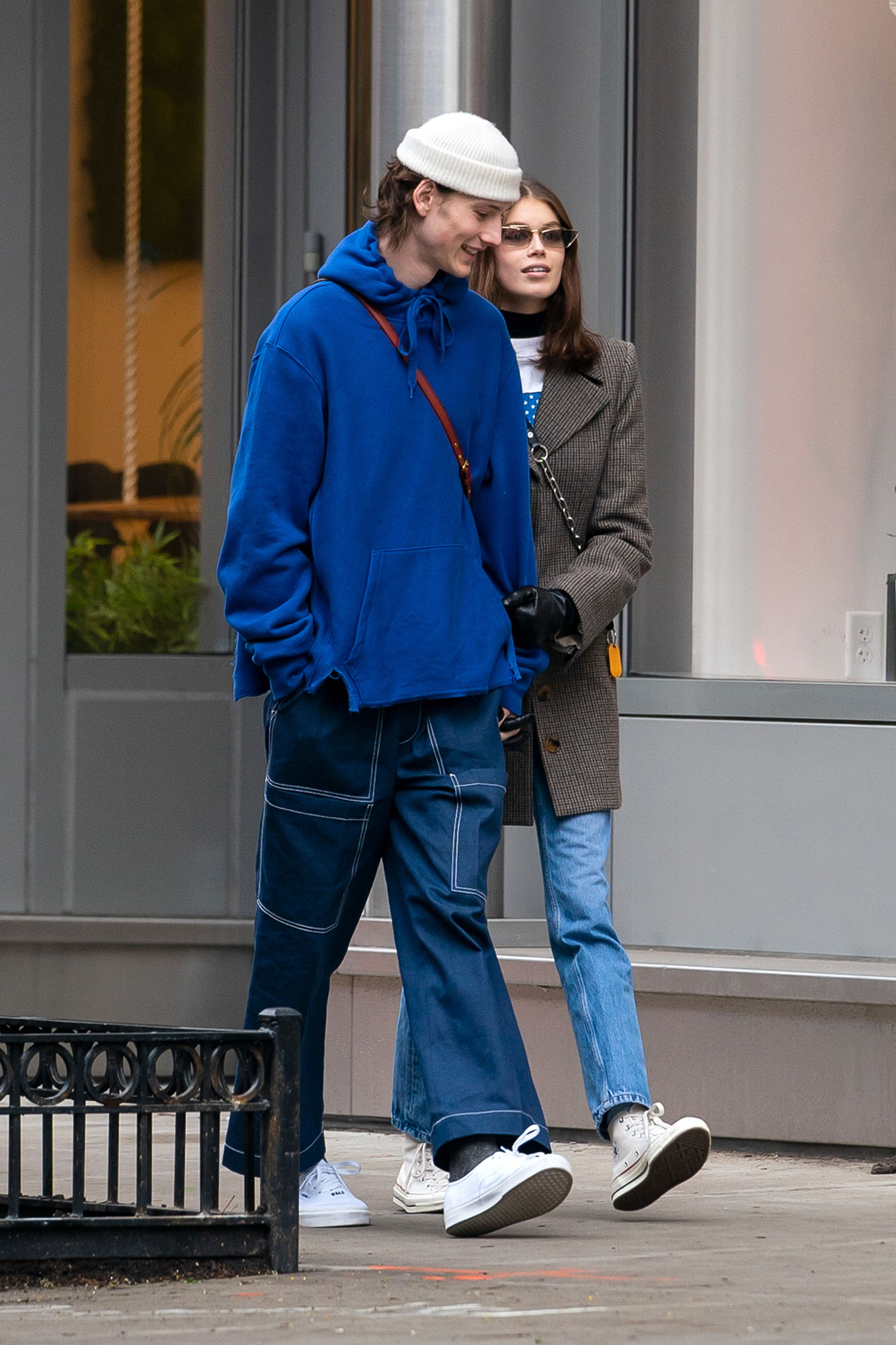 Gerber took in her surroundings while walking side by side with a smiling Grant. 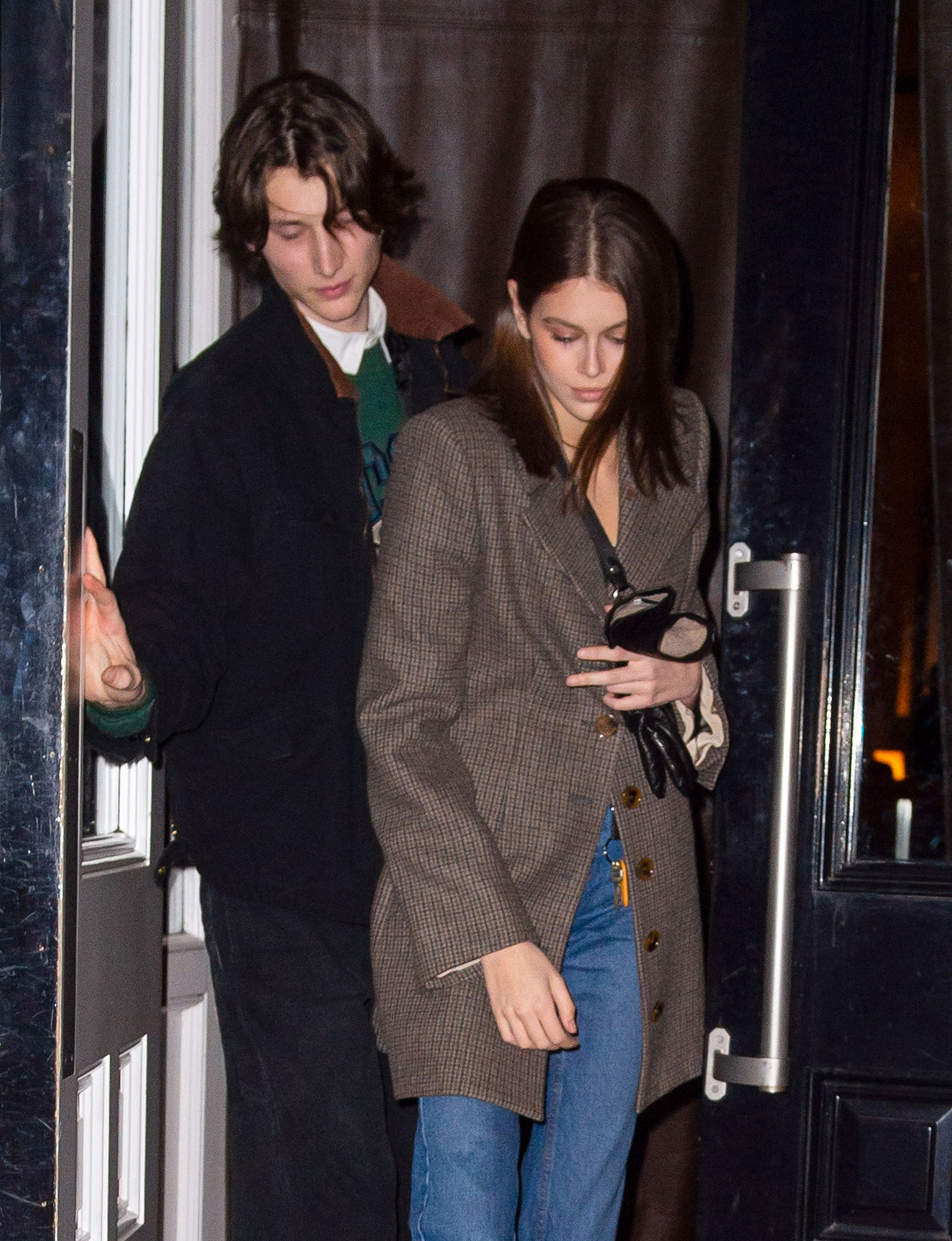 Grant was right behind Gerber as they left the Mercer hotel on Thursday.