“The First Amendment doesn’t require private companies to provide a platform for any view that is out there,” former president says 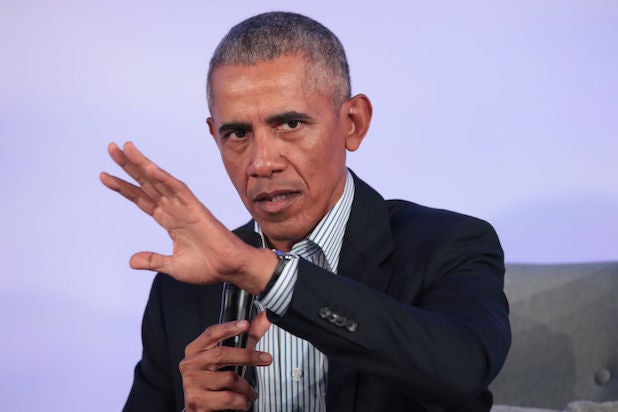 Former President Barack Obama suggested in an interview with The Atlantic that government regulations may be needed to combat lies and misinformation from spreading on social media.

Social media platforms “are making editorial choices, whether they’ve buried them in algorithms or not,” Obama said. “The First Amendment doesn’t require private companies to provide a platform for any view that is out there. At the end of the day, we’re going to have to find a combination of government regulations and corporate practices that address this, because it’s going to get worse. If you can perpetrate crazy lies and conspiracy theories just with texts, imagine what you can do when you can make it look like you or me saying anything on video. We’re pretty close to that now.”

Of course, this could have major ramifications for big tech companies. Section 230 of the Communications Decency Act offers companies like Facebook the broad legal shield to moderate content as they see fit, while also not holding platforms responsible for what their users post. A change to Section 230 could be costly for Silicon Valley. (You can read more about how changes to Section 230 would impact the tech world by clicking here.)

In his interview, Obama worried misinformation was much easier to spread now than during the “Walter Cronkite days,” when only a few media outlets controlled the national narrative. Obama said he doesn’t hold tech companies “entirely responsible” for the spread of fake news, but said it still poses a major threat to democracy.

“If we do not have the capacity to distinguish what’s true from what’s false, then by definition the marketplace of ideas doesn’t work,” Obama said. “And by definition our democracy doesn’t work. We are entering into an epistemological crisis.”

Obama didn’t offer specific changes he’d like to see implemented. It’s worth pointing out Twitter and Facebook have, over the last six months, been adding warning labels and fact check notifications to posts that the platforms say are misleading or untrue. (A development that has drawn the ire of President Trump, among others, in recent months.) The former president didn’t say whether he’s a fan of these changes or not. You can read Obama’s full interview by clicking here. Curtis Pritchard says he believes late grandmother is watching over brother AJ in I’m A Celeb castle
We and our partners use cookies on this site to improve our service, perform analytics, personalize advertising, measure advertising performance, and remember website preferences.Ok