You in the mood for a good old fashioned tug on the heart strings? Then you’ve come to the right place, because Paris Hilton and Carter Reum’s engagement story is bound to do just that. Hilton opened up about the story for the first time on the first episode of her new podcast This Is Paris, which aired on Feb. 22.

"I was hoping when I found out about our birthday trip we were doing together, it would happen and I was right," she recalled. The trip in question just so happened to take place at a private island Reum had rented out for the two of them to celebrate their February birthdays on. "It was amazing," Hilton gushed about the island. "It was one of the most beautiful places I’ve ever been in my life."

The actual proposal took place their second night on the island. Reum was dressed in a "white Zegna suit" and Hilton in a white dress and a tiara she’d picked out to match his outfit as he’d told her they’d be taking pictures on the beach. "We walked down to the beach and… as soon as we got on the sand, all the sudden he got down on one knee and started saying this whole speech," she recalled. "It was just, like, really, really sweet and then I just started shaking and crying because I was so excited and so happy." 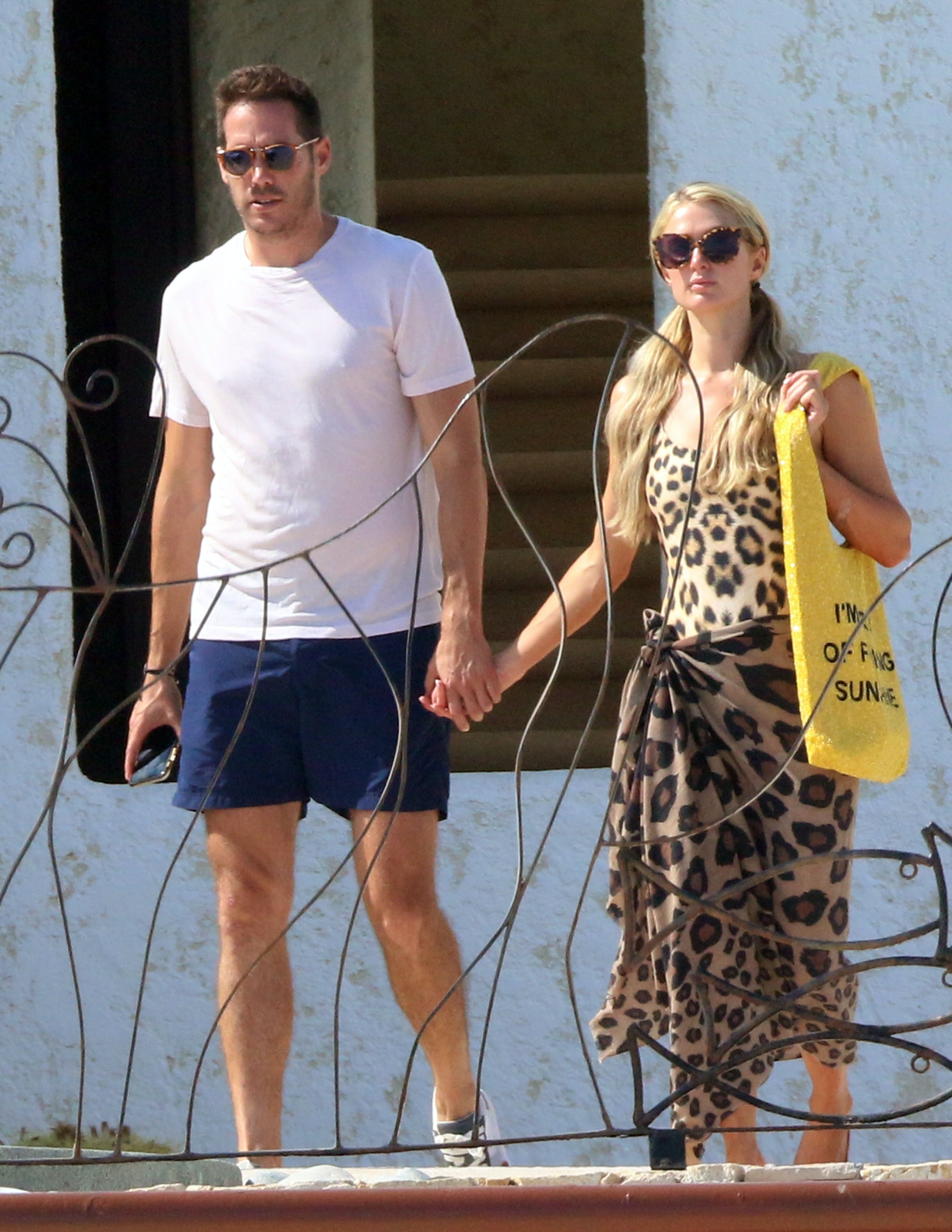 The speech, of course, concluded with him asking her to marry him. "I, like, freaked out," Hilton said of her reaction once he asked. "He opened the box and it had, like, a light that shone on the ring and it was just sparkling like crazy and was the most beautiful thing I’d ever seen in my life and I put it on and freaked out."

At that point, Reum revealed that there were some other people on the island hoping to celebrate with them. "Then, out of the bushes all of the sudden, my sister, her husband, my brother, his wife, his mom, and his brother came out," Hilton recalled, later adding that "it was so nice that he thought to have our families there to be there to celebrate the moment and they were all, like, spying on us from the bushes, which I thought was cute."

After a year of dating, Hilton announced she and Reum were engaged via Instagram on Feb. 17. Alongside a little video featuring a couple images from the special day, Hilton wrote: