Paul McCartney, 77, appears in good spirits as he wraps up in a woollen coat after jetting into New York’s JFK Airport

He’s one of the biggest and most successful performers in the world.

And Paul McCartney appeared in good spirits as he happily strolled through New York’s JFK Airport on Friday.

The Beatles star, 77, cut a smart figure in a dark woollen coat as he made his way through the terminal. 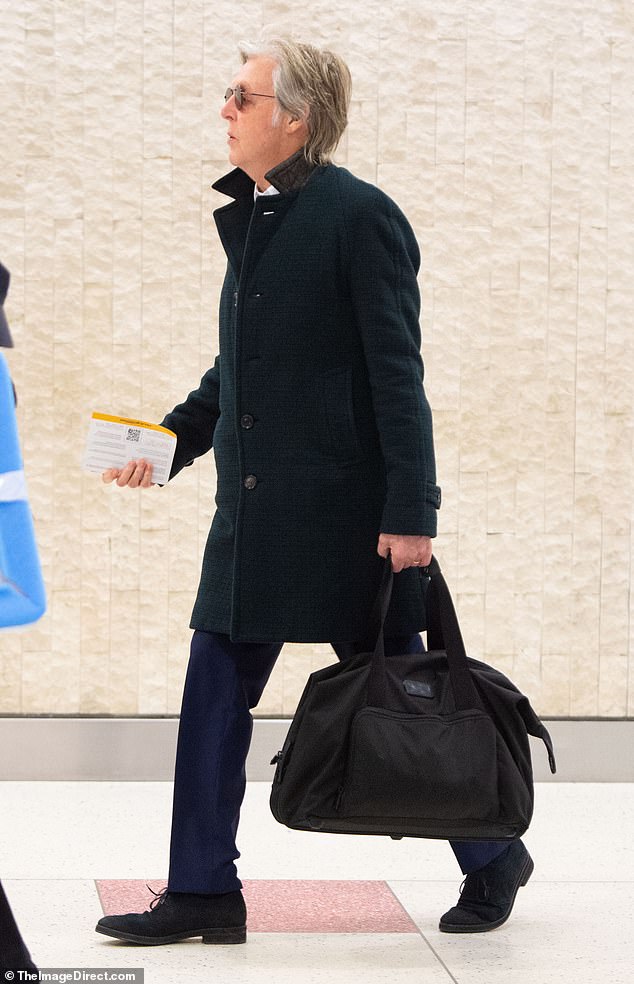 The Hey Jude hitmaker finished his suave look with a pair of sunglasses.

Despite his superstar status, Paul carried his own luggage while tightly clutching his boarding pass as he walked.

His cheerful outing comes as he recently revealed that he was originally inspiredto be a songwriter by the iconic British playwright William Shakespeare, after being introduced to the writer by his English teacher. 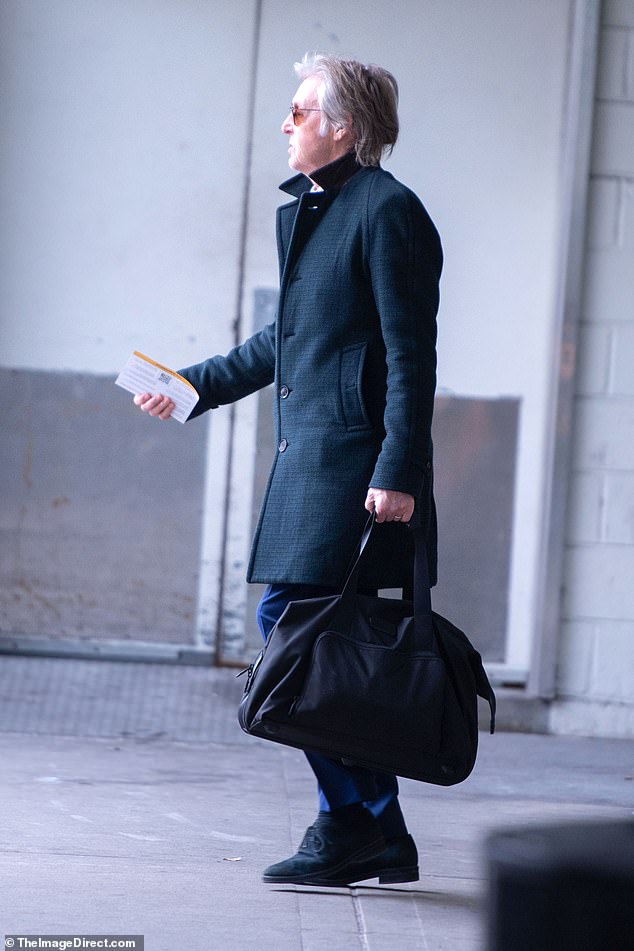 Looking good: The Beatles star, 77, cut a smart figure in a dark woollen coat as he made his way through the terminal

The legendary Beatle, 77, also revealed that a teacher also taught about the ‘dirty bits’ from poet Geoffrey Chaucer, which helped spark his love for writing some of the greatest songs of all time.

Paul said on the Clear + Vivid podcast that he was one of only three students to pass his 11-Plus exam, which meant he could attend the Liverpool Institute Grammar School.

He explained: ‘You really got a great education for free, it was a state school. I had this one guy who was English Literature teacher and he turned me on. He just showed me some things.’

Paul added: ‘He showed me actually the dirty bits in Chaucer. And for a 16-year-old boy (it was) ”wow, I’m loving this. I said are you sure I should be reading this?” 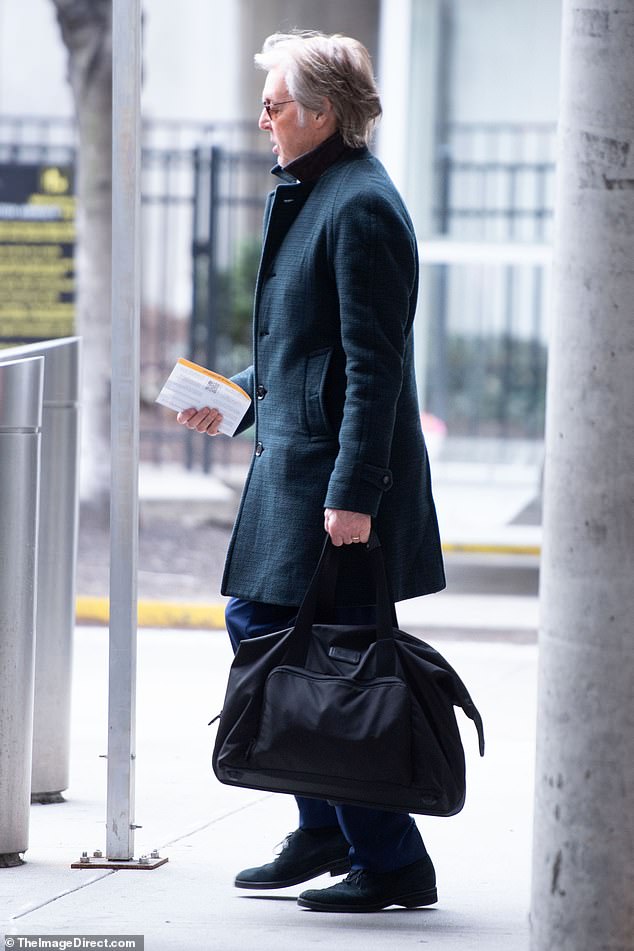 ‘He says it’s not in the curriculum but. With him as my teacher I did ok. It’s the only exam I did well in.’

Paul added that he was eventually introduced to some of Shakespeare’s most iconic works, adding: ‘I think during that little period of a couple of years at school a lot was going into the data base – these great writers. I’m getting the cadences of these great writers too.

‘So I think, it’s just a theory, that when I left school and then started getting into music, I think that kind of stayed with me and I thought I naturally produced these words and rhythms that were better than what I done before.

‘When we first started off it was just ‘thank you girl.’ It really was a message to the fans with The Beatles. We kind of grew out of that.’

Paul has written some of the most iconic tracks in music history, including the legendary Beatles song Hey Jude, and the Bond theme Live And Let Die. 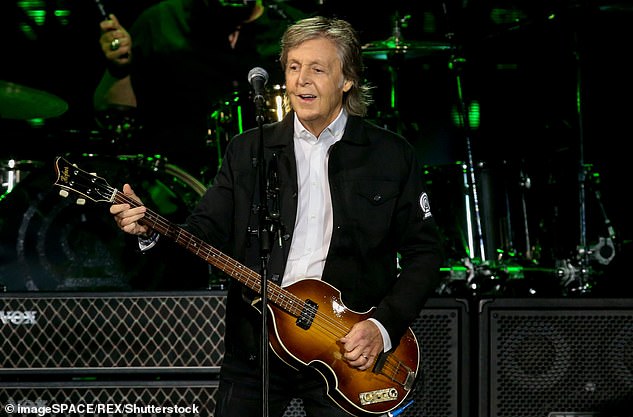 Inspiration: Paul revealed that he was originally inspired by the iconic British playwright William Shakespeare, after being introduced to the writer by his English teacher 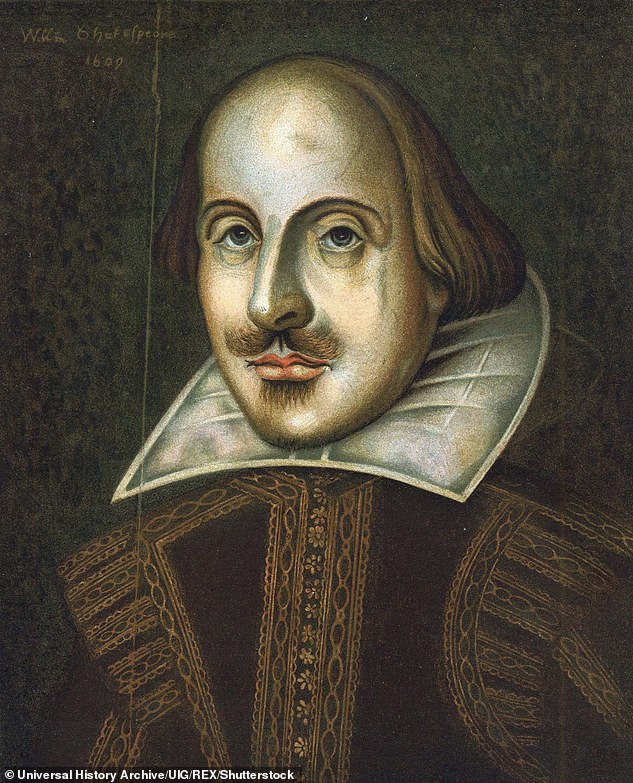 Wow! Shakespeare is credited with introducing the world to a modern English language, through his collection of tragic and comedic plays (pictured in 1609)