Phillip Schofield: How This Morning star’s first love helped to save his father’s life

Phillip Schofield is one of the most familiar faces on British TV. The star has fronted ITV hit This Morning for 18 years – most recently alongside co-host Holly Willoughby. But long before his career took off in the UK, Phillip was living in New Zealand where he fronted children’s entertainment show ‘Shazam!’. At that time, he was dating his first love Marika Tautz – who would later break his heart after a romantic proposal. Despite this, she inadvertently helped the TV host to save his father Brian from dying. Sadly, he would pass away decades later at the age of 72 – but had it not been for their relationship Brian could have died sooner.

He had endured nearly six months of depression after struggling with constant rejection – further fueled by childhood teachers telling him he would never make it.

Eventually, Phillip was given his big break by producer Peter Grattan – who recalled the future TV talent’s ability to talk beyond the camera to the viewers.

After starting on ‘Shazam!’, Phillip would fall for young Marika Tautz – a trainee floor manager on the show – and their relationship quickly intensified. 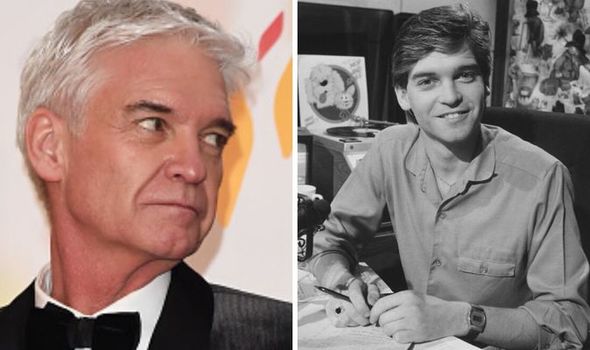 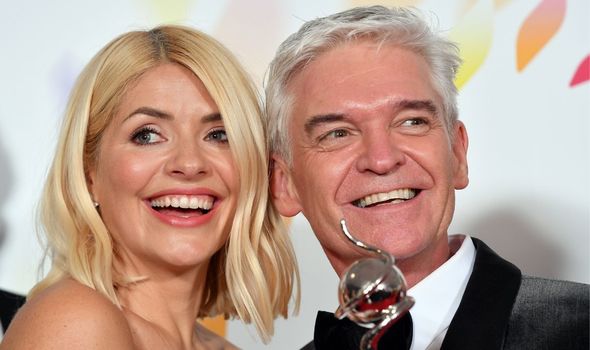 Despite Phillip’s romantic pranks and playful nature, she would eventually break his heart after refusing to marry him.

But back in November 1983, when he and Marika were still an item, her actions would lead the young star to save his father Brian Schofield’s life.

In the 1992 biography ‘Phillip Schofield: The Whole Amazing Story’, author Robin McGibbon revealed how a small argument would lead to a life-changing moment for the star.

He wrote that Phillip’s father Brian had “always been proud of his fitness” – despite having a history of heart problems in the family.

JUST IN: Phillip Schofield: How This Morning star ‘willed father back to life’

Brian’s father had in fact died from a heart attack at 48 years old – the same age he was at the time – and his brother had passed from the same ailment when he was just 42.

After a long walk home, Brian suddenly felt uncharacteristically exhausted and breathless – when he turned “marble white” and “collapsed in a chair”.

But the young TV talent was not willing to give up on his dad that easily and angrily thumped his father’s chest. 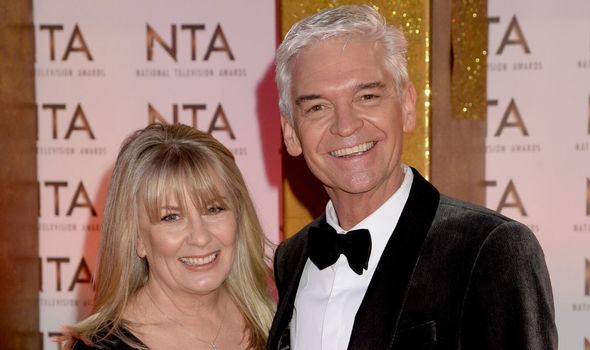 Biographer Mr McGibbon wrote: “Phillip was determined that if his will could bring his father back, he would find it.

“And he did. He willed his father back. He was mad with the anger that he was going to lose his dad and the anger gave him the strength to keep going.”

Brian spat out “all the fluid blocking his throat” and started to take deep breaths – but soon after he fell unconscious once again.

Phillip tirelessly struck his father’s chest so hard that evening that an x-ray would later reveal that he had burst a blood vessel in his hand.

His work was praised by paramedics who showed-up at the home soon after: “Good lad. Keep doing what you’re doing.”

Brian would be rushed to hospital and soon after needed a quadruple heart bypass.

It was understood that had Phillip not been at home that night then his dad would have died.

Earlier that evening, the young star was at Marika’s house and had intended to take her to the cinema. 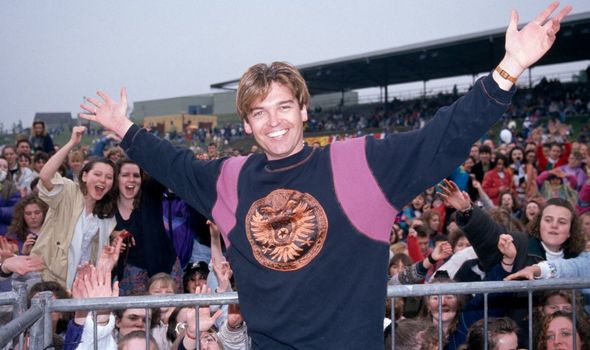 Biographer Mr McGibbon wrote: “But, it seems, she was in a bad mood and wanted to stay in. Disappointed, Phillip stayed for only a few minutes, then got in his car and drove home.”

Phillip made the 40 minute drive back to his family home which would turn out to be “the most crucial journey of his life”.

Mr McGibbon wrote: “It was as if fate had decided he should be with his family, not Marika, that night.”

While Brian tragically died of heart problems in 2008, it’s certain that he would have passed away nearly 25 years before had it not been for Phillip.

On an episode of ‘This Morning’ that aired earlier this month, the star explained that his father was “the most calm and most gorgeous man in the history of the world.”

In an interview with The Sun, shortly after his father’s death, Phillip said: “If I can be half the man he was I’ll consider that an achievement.”