Piers Morgan, 54, hit out at Hugh Grant on Twitter and said he’s a “revolting piece of work”, after Sajid Javid’s story about Hugh Grant refusing to shake his hand. Sajid told ES Magazine the Notting Hill actor had been “incredibly” rude at the premiere of Martin Scorsese’s film, The Irishman.

Hugh’s spokesman said the star didn’t want to shake the Chancellor of the Exchequer’s hand as he was “rude and dismissive to the victims or press abuse” when he met them when he was culture secretary.

Piers spoke out on the topic as he responded to Daily Mail columnist, Sarah Vine, on Twitter who also shared her experience of being in Hugh’s company.

Sarah wrote: “Hugh Grant did a similar thing to me a few years ago at the home of a mutual acquaintance. He was incredibly unpleasant and clearly relished humiliating me in front of his (showbiz) entourage. Disagree, by all means. But be civil.”

Piers, who has clashed with Hugh on Twitter in the past, responded: “Grant’s a revolting piece of work. He’ll get more than a handshake next time I see him if he pulls a stunt like this on me.” 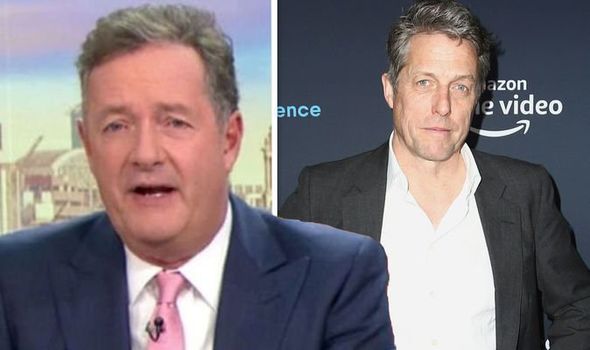 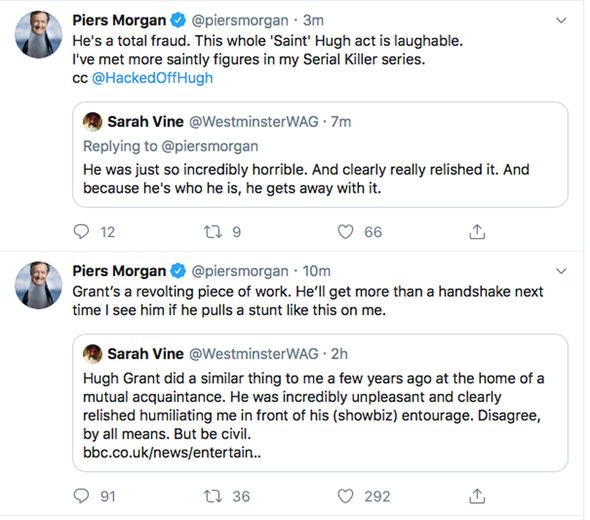 Sarah Vine wrote wrote back: “He was just so incredibly horrible. And clearly really relished it. And because he’s who he is, he gets away with it.”

Piers even said he would be up for a charity boxing match against High if he had the “guts to turn up”. 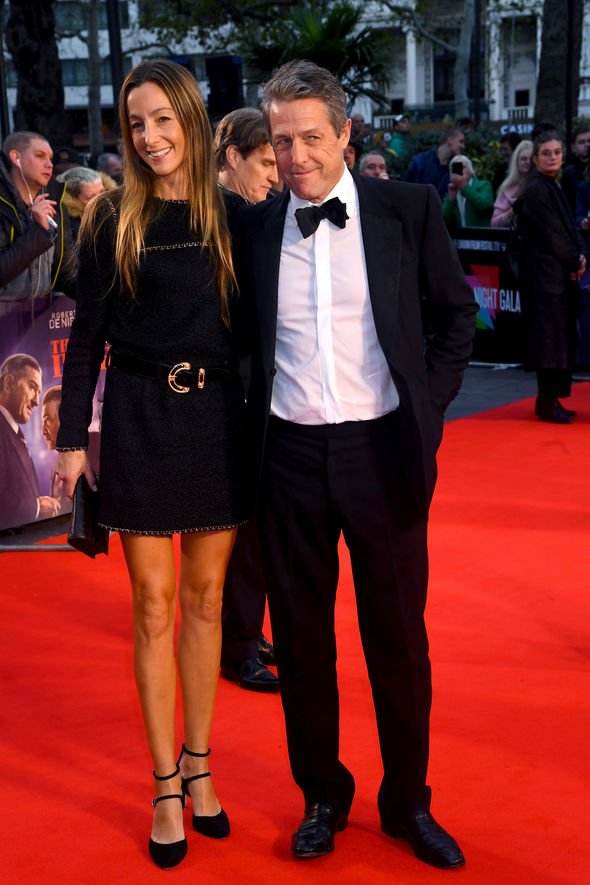 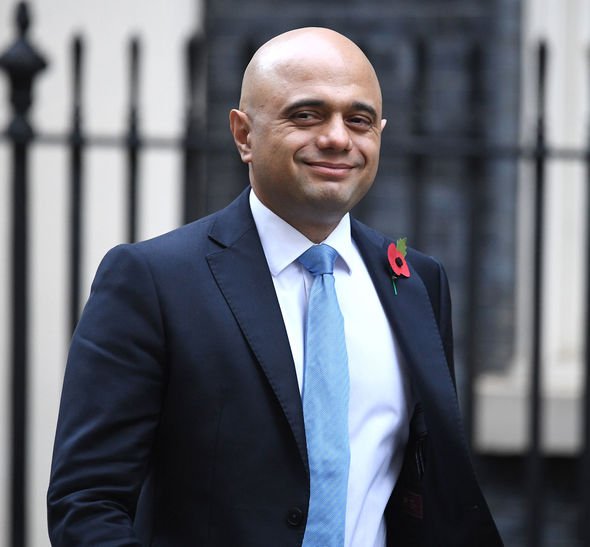 Replying to a fan who came up with the idea, Piers said: “I’d LOVE that. Fancy promoting it @frankwarren_tv @EddieHearn?

“Would do big PPV if @HackedOffHugh has the guts to turn up.”

In an interview with ES Magazine, Sajid said he put his hand out to the Hollywood star and said “lovely to meet you”, but Hugh refused to shake it.

He told the publication: “I recognised him and put my hand out and said, ‘Lovely to meet you’, and you know what he does? He refuses to shake my hand.

“He says, ‘I am not shaking your hand’. I am completely shocked. He said, ‘When you were culture secretary you didn’t support my friends in (anti-media intrusion campaign) Hacked Off.’

“I think that is incredibly rude,” he added.

The politician continued: “I wonder if people like Hugh Grant think they are part of the elite and they look down on working class people no matter what station they reach in life.”

On Twitter, Hugh posted a statement from his spokesperson to express his “side of the story”.

He wrote: “Grant’s words were if you don’t mind, I won’t shake your hand because you were rude and dismissive to the victims or press abuse when you met them as culture secretary.’

“Hugh would like to point out that the victims in question were not celebrities.

“They were people with personal family tragedies who had been abused by sections of the press.”

Hugh added: “He said Grant was referring to a meeting between Mr Javid and “the victims of press abuse… (who) reported back that his attitude in the meeting was ‘borderline contemptuous’.”