Ryan Reynolds was spotted spending time with his oldest daughter James during a stroll in New York City and they looked adorable while holding hands and showing off their bond.

Ryan Reynolds, 44, showed off his doting dad ways when he went for a walk with his daughter James, 6, in New York City on May 12. The actor held the hands with the little gal, whom he shares with wife Blake Lively, 33, while they showed off casually stylish outfits. He wore a green plaid button-down top and dark gray pants while she wore an adorable pink patterned short-sleeved dress and brown ankle boots. 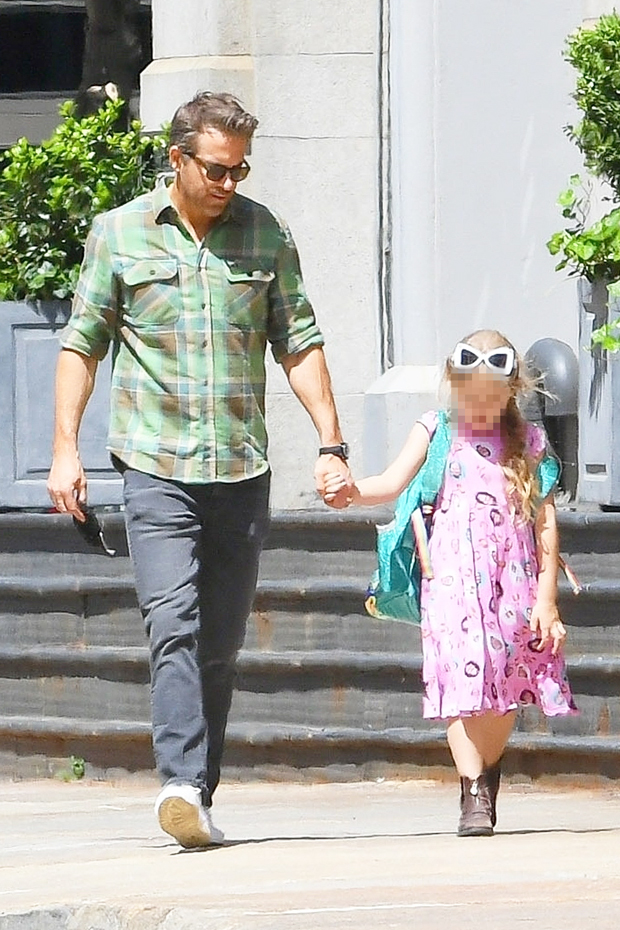 The duo also showed off sunglasses while making their way through the sunny weather. Ryan’s were dark-shaded while James’ were white-framed. The tot also had a backpack on her shoulders and had her long curly blonde locks down. She appeared relaxed as she walked steadily alongside her dad on the sidewalks.

Ryan and James’ latest outing is just once of many the sweet family has been seen on. The Canadian also shares daughter Inez, 4, and Betty, 1, with Blake and they are often seen spending memorable moments together while exploring the Big Apple and other cities. Last month, they were spotted taking in the sights with Inez, who had a great time on Ryan’s shoulders, and their cute dog. 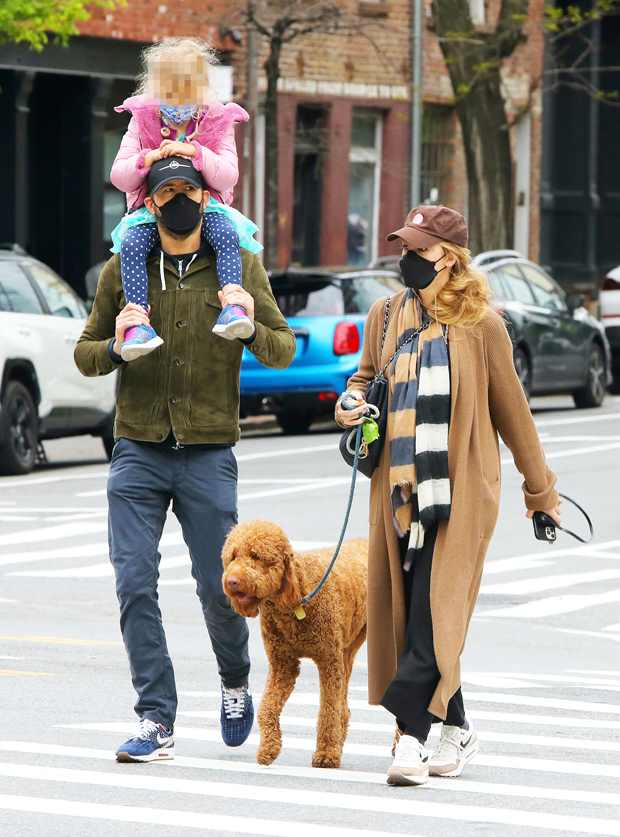 When Ryan and Blake aren’t spending quality time with their kids, they’re loving each other and making fans laugh with funny posts on social media. One of the most recent was by Ryan in honor of Mother’s Day. He paid tribute to his gorgeous wife by writing about her “kindness and light” and added a joke about “anonymous airport bathroom sex.”

“It can’t be said enough… you’re the heart and soul of every moment this family shares. I’m grateful for the light and for the kindness you smuggle into each and every second of our lives,’ he wrote in the caption for a pic of him and Blake. “I see you in the eyes of our children… Every laugh. Every blink and every thoughtful moment of vulnerability. The tender grit it takes to be a mother in 2021 is an act of pure strength and heroism. Never could I have predicted anonymous airport bathroom sex would lead to this.”

“Or how you’d hire Dog The Bounty Hunter to find me,” he concluded. “Either way, I’m lucky to reflect a little of the sunlight you shine on all of us. Happy Mother’s Day, my love.”