In case you hadn’t noticed, all your favorite celebrity couples are breaking up. But not Scott Disick and Sofia Richie! These two are still going strong despite dealing with tons of side-eyes at the beginning of their relationship, and Scott came through with the fanciest freakin’ gift ever for Sofia’s 21st birthday: A brand new Aston Martin adorned with a giant bow on top.

Wow guess Flip It Like a Disick is paying well!

While everyone else crashes and burns, Scott and Sofia appear closer than ever ~these days~ and even took a prolonged vacation together in celebration of Kylie Jenner’s birthday. In case you’re in the mood to re-live their romance, the pair met when Scott was 34 and Sofia was 19—an age difference that made literally everyone uncomfortable, but especially Kris Jenner, who confronted Scott during an awkward episode of Keeping Up with the Kardashians. Here’s how THAT convo went:

Scott: “You were underage, she’s not.”

Plus, let’s not forget about the time Kendall threw shade: 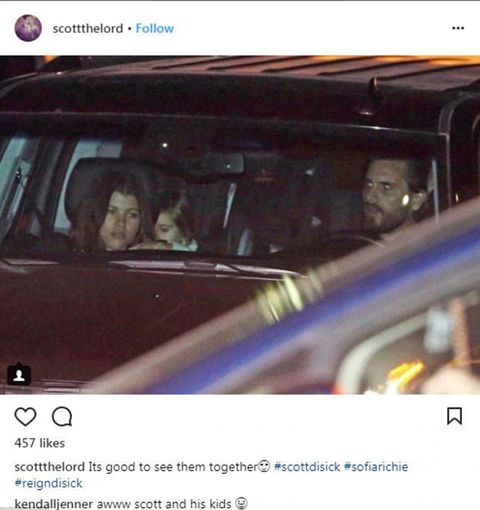 Lololololololol, but looks like Scott and Sofia are having the last laugh because they’re still together two years later, which is basically a lifetime in Hollywood. Bye! TV presenter, 28, beaten beyond recognition by total stranger who tried to rape her in front of son, 6, on train Aristocrat and designer in court battle over revamp of £11.5m mansion
Celebrities Posts Australian TV Executive Told Not to 'Look at Ellen Degeneres' During Interview While Fans Weigh in Amid Celebrity Reactions
We and our partners use cookies on this site to improve our service, perform analytics, personalize advertising, measure advertising performance, and remember website preferences.Ok