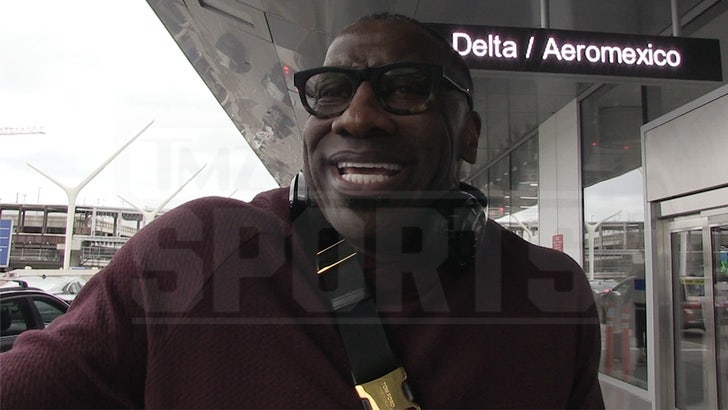 Shannon Sharpe is going off on all the trolls hating on Bronny James for his white prom date … telling TMZ Sports the bashing of LeBron James‘ son is “utterly ridiculous.”

Bronny just had his prom earlier this month — and after he took a white classmate to the event … racist haters came out and left nasty comments all over the photos on social media.

Sharpe told us out at LAX this past week that the attacks were BS … saying, “People would rather you be miserable with someone your own race than you be in love with someone of a different race.”

“It is so utterly ridiculous,” he continued. “People need to get a life.”

The Pro Football Hall of Famer’s advice for Bronny was simply to ignore the noise — and do whatever he wants to do to make him happy.

“Bronny can’t live his life for someone else,” Sharpe said. “He has to live for him. And, far too many people live their life for other people.”

LeBron, meanwhile, has still not commented publicly on the backlash … though he did write a note about his daughter, Zhuri, on one of the now-viral pics from the evening.