Heartbreaking reality. Shaquille O’Neal broke down while talking about his former Lakers teammate Kobe Bryant in a TV tribute to the late NBA star on Tuesday, January 28.

“We up here, we work a lot and I think a lot of times we take stuff for granted,” O’Neal, 47, said during an interview for NBA on TNT on Tuesday. “Like, I don’t talk to you guys as much as I need to.”

After discussing how he discovered that his “little brother” Bryant had passed along with his 13-year-old daughter, Gianna, in a fatal helicopter crash on Sunday, January 26 — he first thought it was a hoax when his son showed him the news — the former Lakers’ star began to cry.

The NBA legend recalled the last time he talked to Bryant, at a Lakers game at Staples Center in Los Angeles, when O’Neal asked Bryant to get 50 points and instead the 18-time All Star got 60.

“That was the last time I spoke to him. I just wish I could’ve — it definitely changes me,” O’Neal said. “I just really have to now just take time and call and say, ‘I love you.’ I’m going to try and do a better job at reaching out and talking to the people rather than always procrastinating, because you never know.”

One of the show’s hosts put his arm around O’Neal as he pushed through his touching speech.

Twitter users watching the interview reacted to the emotional words O’Neal said, with one user commenting, “Damn, I wanna give Shaq a hug.” Another user wrote, “Shaq tearing up hurt my soul.” 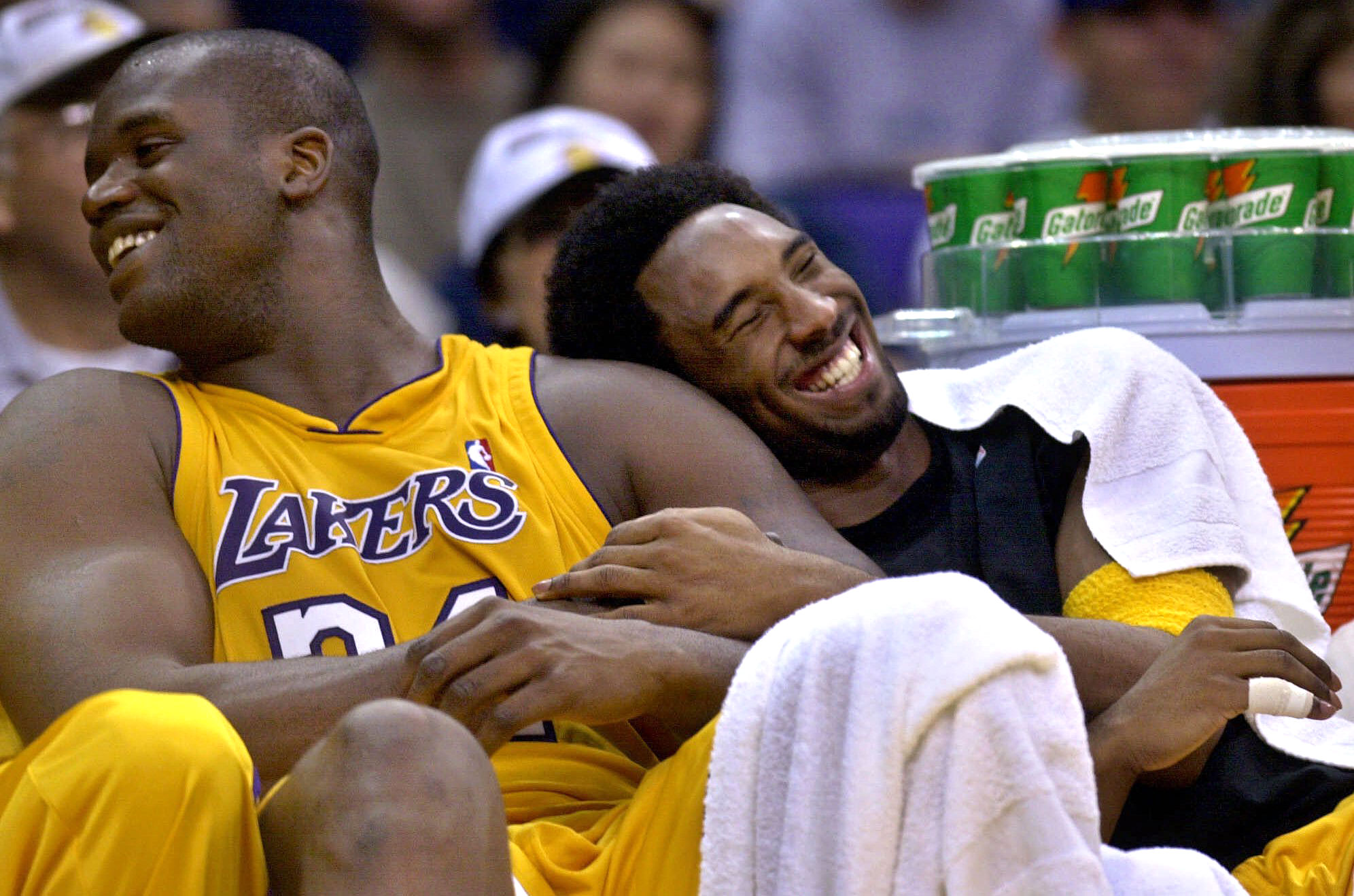 The former NBA player sat alongside Dwyane Wade who also spoke about their friend, discussing his favorite memories. Wade, 38, recalled a conversation he had with Bryant when he reached out to him asking for advice about his game a few years back.

“This is one of the greatest players to ever play and he’s reaching out to me, a younger player,” the former Miami Heat star said. “To watch him dominate that series after that, I felt like he let me be a part of it.”

Both O’Neal and Wade previously shared their heartfelt condolences via social media upon hearing the news that Bryant had died on Sunday morning.

“RIP Kobe + GiGi ❤️💔 I know you said keep going but today we can’t,” Wade wrote via Instagram on Sunday. “We love you and we’re gonna miss you brother.”

O’Neal, who played alongside Bryant in the early ‘00s penned a few tributes to his friend and former teammate via Instagram on Sunday.

“There are no words to express the pain I’m going through now with this tragic and sad moment of loosing my niece [sic] Gigi & my friend, my brother, my partner in winning championships, my dude and my homie,” he captioned a series of photos of the two stars in their Lakers jerseys. “I love you and you will be missed. My condolences goes out to the Bryant family and the families of the other passengers on board. IM SICK RIGHT NOW !”

As previously reported, Bryant, his daughter Gianna, the helicopter pilot Ara Zobayan, and six other people were flying to a basketball game at the Mamba Sports Academy in Thousand Oaks, California, on Sunday morning when the helicopter crashed into a hillside in Calabasas, California, killing all on board.

CBS News revealed the identities of all nine on board on Monday, January 27, with Orange Coast College baseball coach John Altobelli, his wife, Kerry, and daughter Alyssa, who was on Gianna’s basketball team, as well as girls basketball coach Christina Mauser, and Sarah Chester, and her daughter Payton, another teammate of Gianna’s, identified as the remaining victims of the crash.

On Tuesday, January 28, the Los Angeles Coroner’s office confirmed to Us that it had recovered all nine victims from the crash site. Hours later the coroner confirmed the identities of Bryant, John Altobelli, Sarah Chester and Zobayan using fingerprints. The office is still working on identifying the remaining victims.