Simon Pegg talks past alcohol struggles, says he was 'a wreck' and had been drinking on 'Mission Impossible 3'

Simon Pegg opened up about his past struggle with alcoholism and how working on “Mission Impossible III” was a tipping point for him.

The “Shaun of the Dead” actor has previously been open about the fact that he struggled with alcoholism in the past. Speaking on the “Headstrong” podcast recently, the 51-year-old star noted that his role as Benji Dunn in the 2006 blockbuster is hard for him to watch as he only remembers that time as being his lowest point with his drinking yet.

“I remember being stuck in this hotel room in Beverly Hills. I would drink a lot. I drank my whole mini-bar because I wanted to not feel that way,” he told the host (via Yahoo Entertainment). “By the time I came on set to do my scenes I was kind of a wreck because I was super-anxious and I’d been drinking.”

While drinking was helping with his depression for a while, he quickly realized it was a short term solution for a long term problem.

“By the time I came on set to do my scenes I was kind of a wreck because I was super-anxious and I’d been drinking,” he explained. 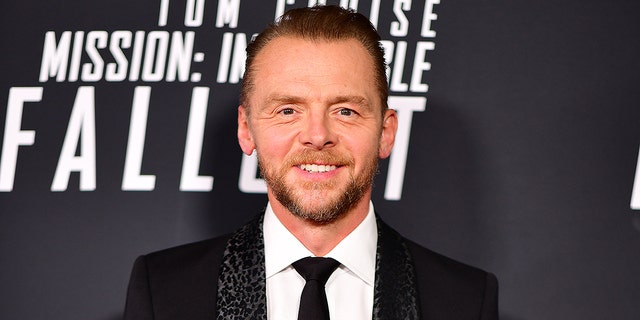 Simon Pegg opened up about his past struggle with alcohol on a recent podcast.
(Getty)

Pegg continued: “When I knew I was in trouble I just kicked the can down the street by having a pint. It’s not the way to go.”

He noted that his college years helped him blow off steam, but that by his late 30s he was in trouble with alcohol.

“As long as alcohol was in my blood I would feel anaesthetised from how I felt,” he said. “Obviously the only problem with that is, you have to stay drunk all the time and that inevitably leads to alcoholism which is where I found myself towards the end of my thirties.”

Fortunately, his wife and friends intervened and helped him wake up to the situation he was in. More than a decade later, Pegg says he’s on a much healthier path.

This isn’t the first time the star opened up about his addiction and that time in his life.

In July of 2018, Pegg spoke with The Guardian, the “Star Trek” actor opened up about how good he was at the time at hiding what was going on from both the public and his loved ones.

“One thing [addiction] does is make you clever at not giving anything away. People think junkies and alcoholics are slovenly, unmotivated people. They’re not – they are incredibly organized. They can nip out for a quick shot of whisky and you wouldn’t know they have gone. It’s as if … you are micro-managed by it,” he said. “But eventually the signs are too obvious. You have taken the dog for one too many walks.”

Pegg hoped that the birth of his daughter, Matilda, would set his life straight. Unfortunately, he was surprised to see that it had little effect.

“Because it can’t. Nothing can, other than a dedicated approach, whether that’s therapy or medication, or whatever,” he shared.

It wasn’t until he disappeared for four days during Comic-Con while promoting his 2011 film “Paul” that he entered rehab, which he says finally saved his life. The timing also coincided with the filming of his “Mission Impossible III” follow-up, “Mission Impossible: Ghost Protocol.”