Summer Monteys-Fullam showcases her figure in a plunging swimsuit

Summer Monteys-Fullam set pulses racing on Tuesday as she shared a sizzling Instagram snap from her Cyprus family break.

The equestrian enthusiast, 24, looked sensational as she slipped into a plunging white swimsuit for a late night swim in their villa’s idyllic pool.

Summer returned back from Cyprus late last month and recently revealed she has finally drawn closure on her split from Great British Bake Off judge Paul Hollywood, 53. 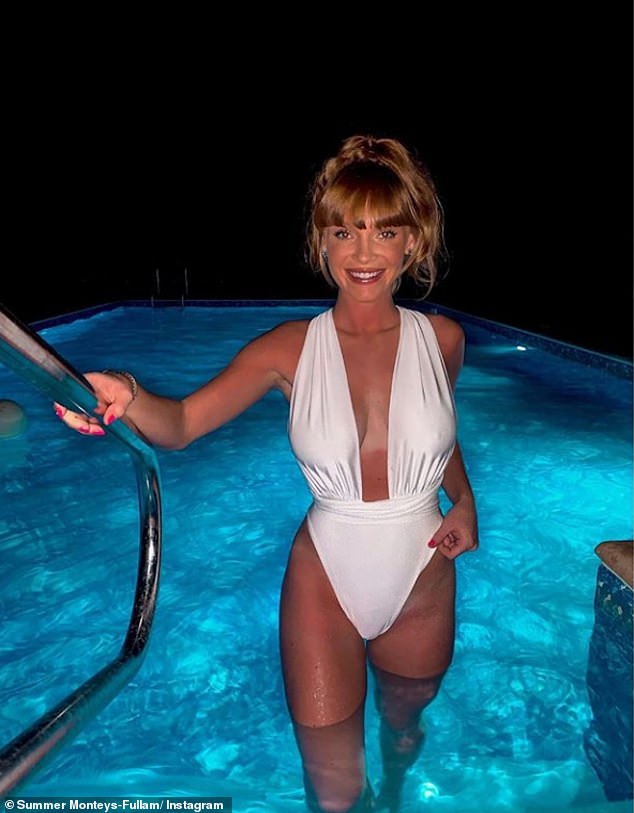 Wow: Summer Monteys-Fullam set pulses racing on Tuesday as she showcased her incredible figure in a plunging white swimsuit for her sizzling Instagram snap from her Cyprus break

Summer teased a glimpse of her cleavage and toned abs in the one-piece, which plunged down to the naval and featured a high-rise design.

The former barmaid wore her fiery red-locks up in a messy bun and accentuated her bronzed tan with a glossy lip and a sweep of mascara.

Summer captioned the snap: ‘Take me back to the best family holiday’, alongside a slew of hashtags including; ‘#newlife #sohappy #thisisme #healthybodyhealthymind #valuewhatsimportant’. 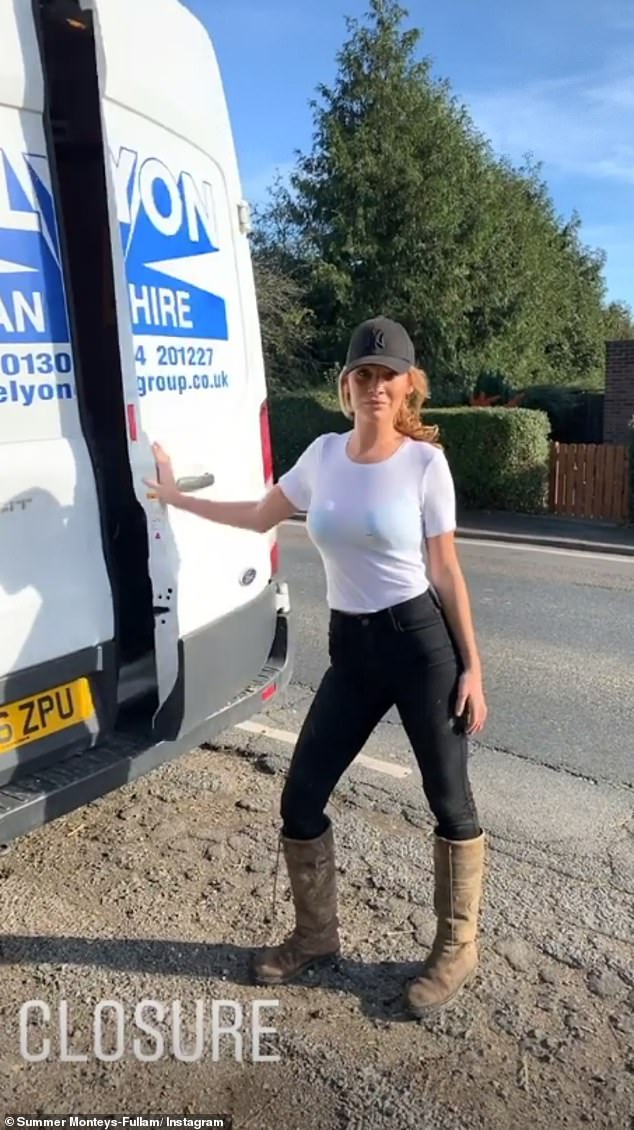 Moving on: Summer returned back from Cyprus late last month and last week revealed she has finally drawn closure on her split from Great British Break Off judge Paul Hollywood, 53 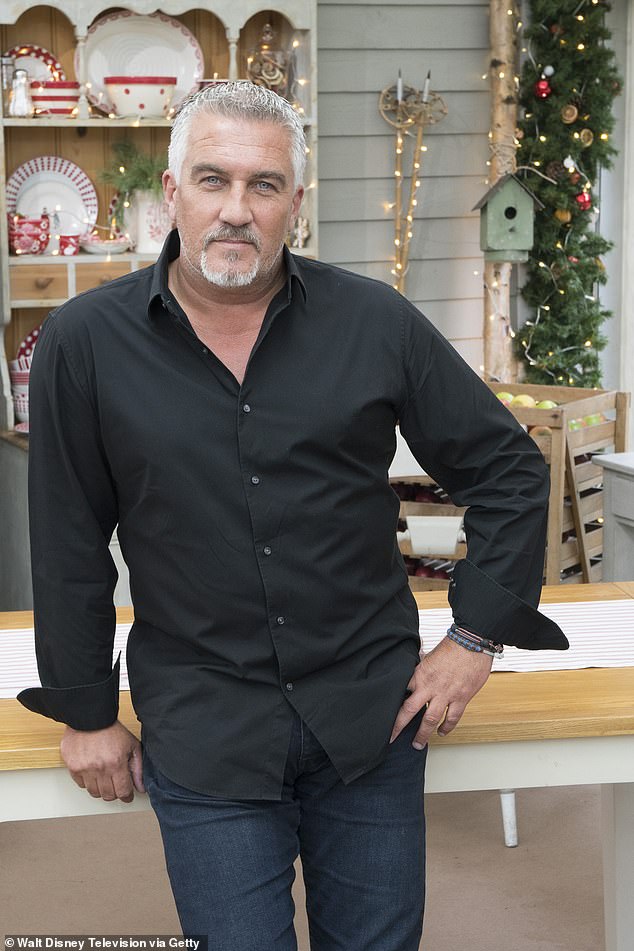 Truce: This comes following reports Paul has ‘buried the hatchet’ with his ex girlfriend Summer after months of arguing (pictured in September 2017)

The throwback holiday photo comes after the Kent beauty revealed she now has ‘closure’ after her ex Paul reportedly allowed her to collect the rest of her belongings from his mansion.

Summer took to her Instagram Stories on Friday morning with a short boomerang clip of herself delightedly closing a moving van door, with the word ‘closure’ written out in large letters.

Clad in a tight white vest top and skinny black jeans, Summer appeared to hint she was ready to leave her two-year romance with the GBBO host in the past. 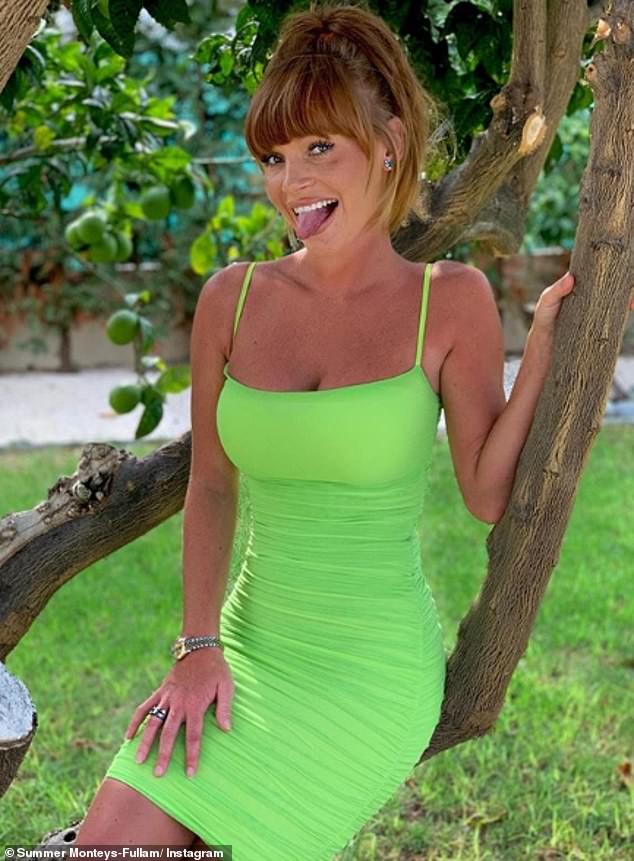 Back to her best: Summer flew out to Cyprus with her family for a spot of R&R and the break seemed to do her the world of good

‘She had something in the region of £500 worth of horse items left at their old house and has wanted them back for a while.

‘On Sunday, he said that she could come and collect her leftover belongings so she hired a van and her and her mum went to grab the stuff. He was there in the house when she popped over.’

The former couple separated in a high-profile break-up in August, after she dumped him for asking her to sign a non-disclosure agreement.

Summer previously hit out at claims she ‘used’ her former boyfriend to become successful.

Speaking to New! magazine, she said: ‘People think I’ve used this relationship to be successful, when people see a younger girl with an older guy or vice versa, they think that person is using the wealthier partner- but that’s far from the truth.’

Summer said it was ‘easy to judge her’ because she didn’t have the ‘wealth, fame and high profile’ like Paul and that people forget there was ‘love, commitment, care and respect’ between them. 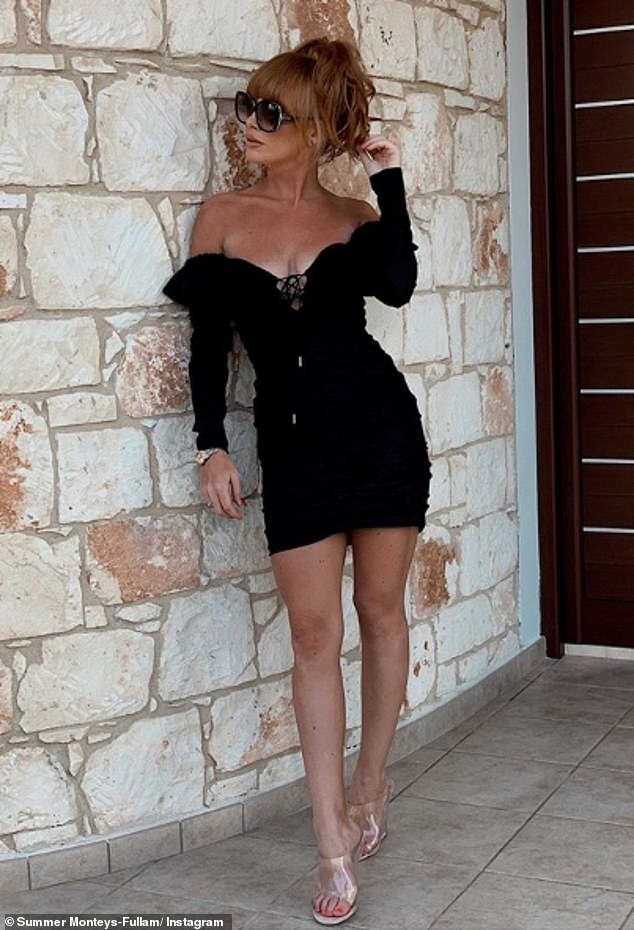 Happily single: Summer is focusing on her career and her horses and insists she isn’t interested in jumping into another relationship (pictured in Cyprus last month)