Supernanny Jo Frost responds after being asked to ‘sort out’ Trump: ‘Doesn’t matter to me’

Jo Frost, 50, said that there is nothing she can do for President Donald Trump and his campaign. However, the Supernanny star encouraged her fans to actively vote him out of office in the upcoming election.

She typed: “Parents pls listen up u need 2 b VERY cautious & mentally alert of the dangers OF THIS VIRUS THT DOES KILL.

“The nos don’t lie. You need to talk to yr teens n adult kids bcos this cavalier talk & behaviour is so very DANGEROUS and threatening to every life, be safe,wear yr mask.”(sic)

One of her followers responded: “You need to go in and sort this overgrown man child out and someone needs to take his phone away!“ 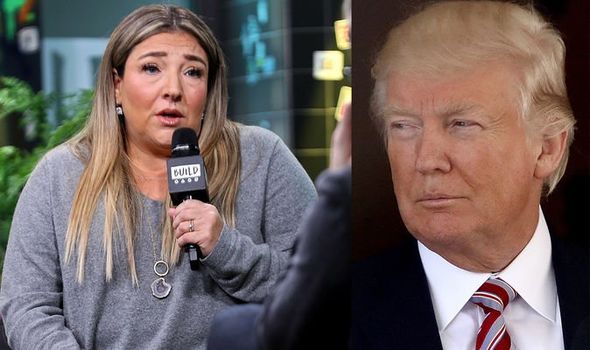 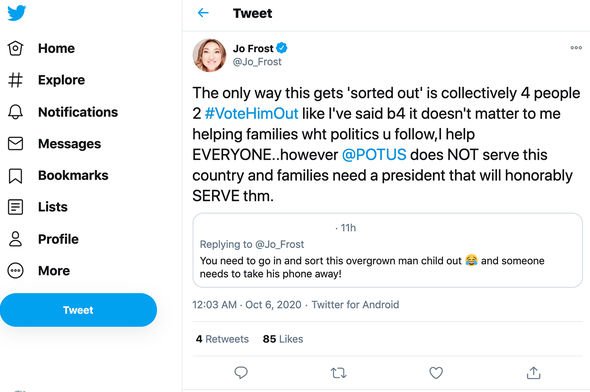 Jo tweeted back: “The only way this gets ‘sorted out’ is collectively 4 people 2 #VoteHimOut like I’ve said b4 it doesn’t matter to me helping families wht politics u follow,I help EVERYONE.

“However @POTUS does NOT serve this country and families need a president that will honorably SERVE thm.”(sic)

The comments from Trump come after he was last night discharged from the Walter Reed National Military Medical Center in the US.

He spent three days hospitalised after he contracted potentially deadly coronavirus, which is also highly contagious. 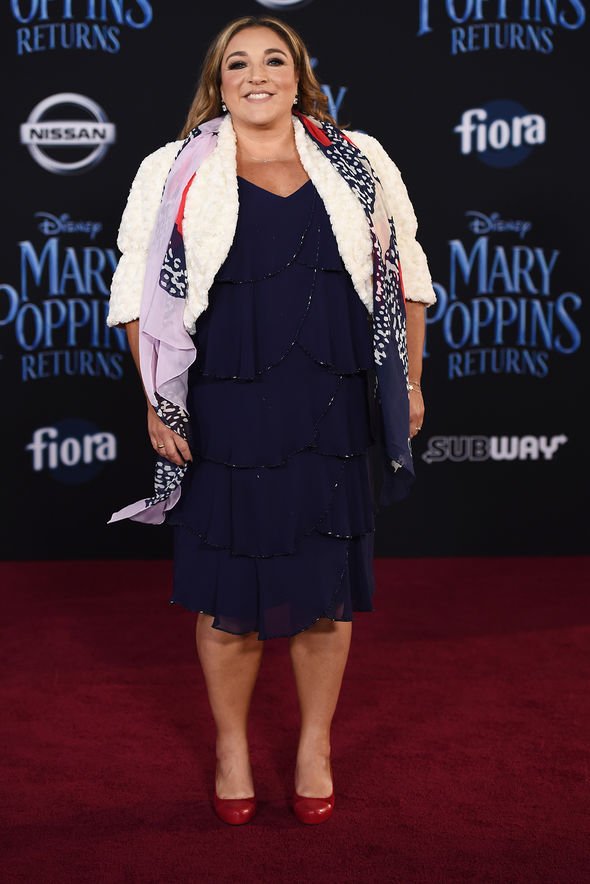 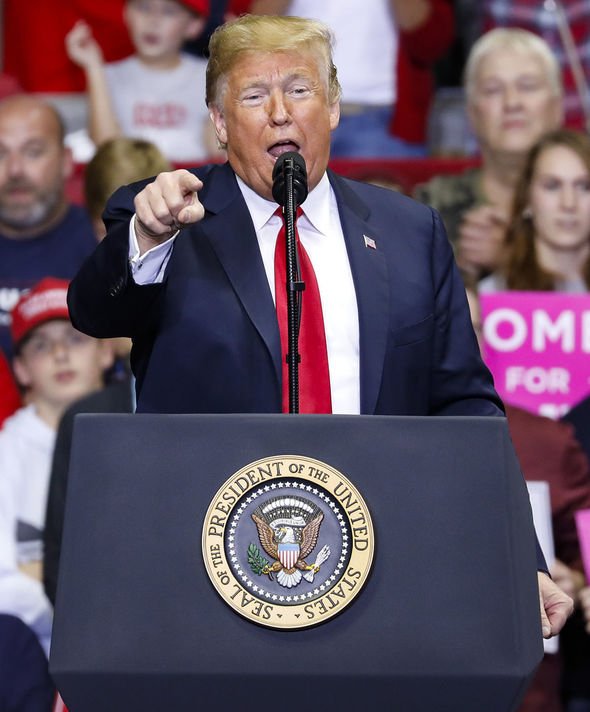 POTUS subsequently faced backlash online, as he removed his face mask for a photo op outside the White House on his return.

In the photos, Trump is seen waving and saluting while he watched as Marine One lifted off the ground.

In a video that has circulated, the President has been suggested to be breathing hard as he posed with his mask off.

Shortly after the President shared his own clip on social media where he offered advice to Americans.

The virus has so far killed over 200,000 citizens in the US and every day 43,000 cases across the country have been reported.

The President added: “Nobody that’s a leader would not do what I did. And I know there’s a risk, there’s a danger, but that’s OK.

“And now I’m better and maybe I’m immune – I don’t know! But don’t let it dominate your lives. Get out there. Be careful.”

One critic told US channel MSNC: “I could not imagine a greater act of selfishness by a human being, let alone the president of the United States, who is supposed to protect us. He’s doing the opposite, he’s endangering people around him.”

For many months now, Trump has downplayed the effects of the virus and has continued to campaign for the election.

Earlier he had tweeted: “Don’t let it dominate your life. We have developed, under the Trump Administration, some really great drugs & knowledge. I feel better than I did 20 years ago!”

The 2020 US election will take place in November.