Susanna Reid, 49, has revealed she still “can’t get used to” the presenter lifestyle as she opened up about her time as a host on Good Morning Britain. Susanna, who turns 50 this year, says that she’s even “scared” to talk about it.

I’m scared of talking about it in case I jinx myself.

The mother-of-three who presents alongside Ben Shephard, 45, and Piers Morgan, 54, who she calls “The Morganator”, admitted she still has nightmares about sleeping through her early morning alarms.

The presenter told The Sun: “Last night I dreamt I overslept. For the best part of 20 years I’ve been getting up at this time of the morning and I still can’t get used to it.

The GMB host compared her experience of working alongside the “Morganator” to Ben Shephard, as she confessed she drinks six or seven cups of tea and coffee every morning ahead of the show. 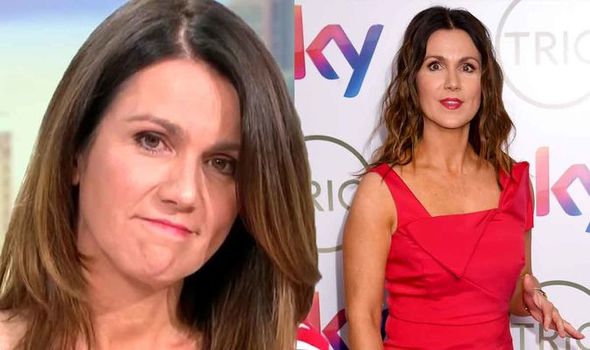 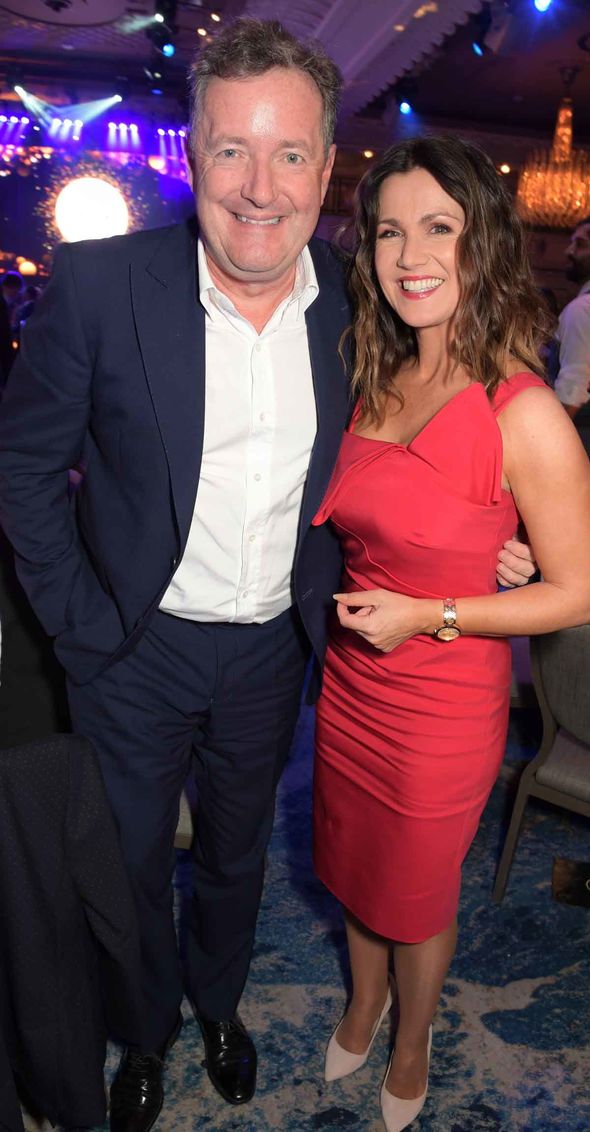 Susanna stated: “It was me and Ben Shepard today – therapeutic Thursdays. Monday to Wednesday is just, ‘Oh my god’ with Piers [Morgan], or The Morganator as I call him.”

The journalist went on to explain that although Piers tries to dominate her while on the job, she confidently revealed “he doesn’t succeed”.

Before Susanna and Piers’ on-screen partnership first began, she presented alongside Bill Turnbull, 64, on BBC Breakfast.

Susanna then went on to spill the gossip as she recalled the time she first met Piers, which was just before they started presenting in the mornings together.

The former Strictly Come Dancing contestant said she was the one who suggested they should go for a drink before work started.

“When Piers first arrived in November 2015 there were obviously some teething troubles”, Susanna explained.

After she rejigged her memory, Susanna then admitted she always has to be “battle-ready” for every morning she is on air with The Morganator.

The Strictly star who started out as a journalist at BBC Radio Bristol, also spoke out about what it is like to receive negative comments online while in the limelight.

She explained people don’t expect those in the public eye to be affected, as she said: “Sometimes I just think those people need to be called out on this stuff – it is so unnecessary.”

“Just because I’m on TV doesn’t mean that’s not going to affect me in some way,” the TV host added.

The TV personality, who has three sons, Finn, Sam, and Jack, recently reached out to Sadiq Khan after the recent terror attack on Streatham High Road, in London, which was very close to her doorstep.

She said: “You’ve got to teach your kids to be independent, strong, and keep them as safe as you can whilst still allowing them to live their own lives.”

The former BBC journalist has recently criticised The Grand Tour host, Jeremy Clarkson, 59, for writing about obesity in children and telling people to target the children’s parents to tackle the problem.

Wanting to make her point loud and clear, the presenter wrote to her readers in her latest MailOnline column: “He wrote over the weekend, ‘I would urge the thin and the good-looking to step up their fat attacks.

‘Blow out your cheeks when passing us in the street. Because if we, the grown-ups, stop being fat, then it’s likely our children will stop being fat as well’.”

The journalist then went on to insist the show host had crossed the line.

She said: “Britain’s top ballet dancers said that the effects of fat-shaming are so damaging that it should be treated like racism.

“She’s backed up by 100 academics, who say weight-based prejudice is rife. The NHS, they claim, leaves the overweight feeling stigmatised and shamed,” Susanna concluded.