Taylor Swift remembers it all too well. During the opening night of her Reputation stadium tour, the pop star alluded to her social media feud with Kim Kardashian.

“You might be wondering why there are so many snakes everywhere [on stage], huh?” Swift, 28, asked the sold-out crowd of 59,157 fans at the University of Phoenix Stadium in Glendale, Arizona, on Tuesday, May 8. “A couple of years ago, someone called me a snake on social media and it caught on. And then a lot of people were calling me a lot of things on social media. And I went through some really low times for a while because of it. I went through some times when I didn’t know if I was going to get to do this anymore.”

Though the “Shake It Off” singer did not directly name Kardashian, her legion of fans immediately knew which incident she was talking about. Back in 2016, Swift called out the Keeping Up With the Kardashians star’s husband, Kanye West, for referring to her as a “bitch” in his song “Famous.” 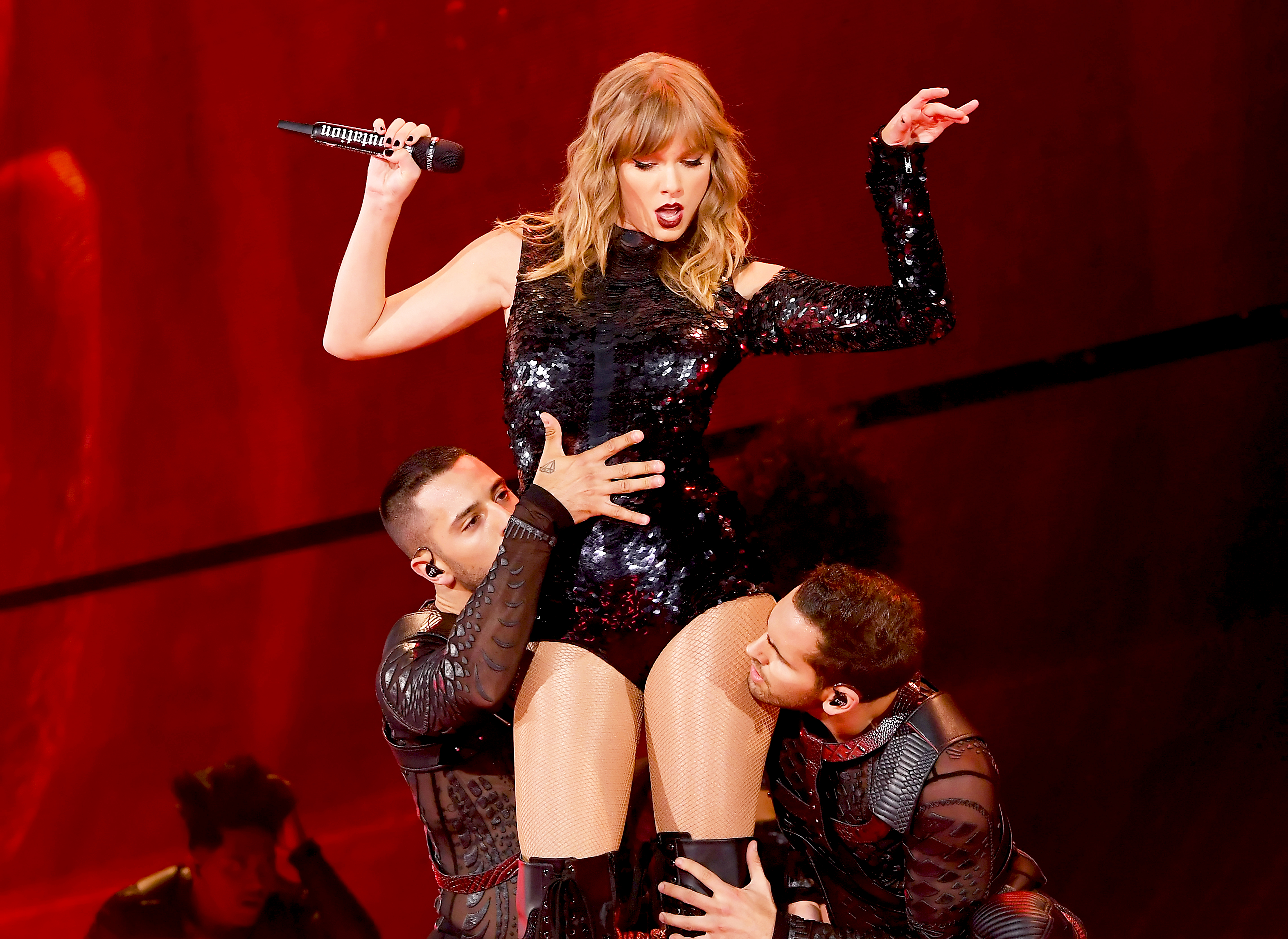 Kardashian, 37, retaliated at the time by uploading snippets on Snapchat of a phone call between Swift and West, 40, in which the “Bad Blood” songstress appeared to give her stamp of approval. But Swift later pointed out that the “Gold Digger” rapper didn’t mention the “bitch” lyric when he told her about other lines in the song.

After Swift released a statement about the confusion (in which she famously wrote that she “would very much like to be excluded from this narrative”), Kardashian pointed out that it was National Snake Day. “They have holidays for everybody, I mean everything these days!” the reality star tweeted at the time.

“I wanted to send a message to you guys that if someone uses name-calling to bully you on social media, and even if a lot of people jump on board with it, that doesn’t have to defeat you,” the Grammy winner continued on stage on Tuesday. “It can strengthen you instead. And I think something that came out of it that was good is that I learned a really important lesson that I’ve been telling you from the stage for about 10 years, but I never had to learn it so harshly myself — and that lesson has to do with how much you value your reputation.”

Earlier this year, Kardashian sent her Kimoji Hearts fragrance collection to the “Love Story” singer and other celebrity “lovers” and “haters” on Valentine’s Day.

Swift’s concert speech came just hours after the end of another one of her years-long feuds. She revealed on her Instagram Story that Katy Perry sent her an actual olive branch and a handwritten note to officially patch up their relationship, which had been tarnished over an issue with their backup dancers.