The Childhood Milestone Drew Barrymore Finally Gets To Achieve

Drew Barrymore has something to smile about. The talk show host got candid with RuPaul on the September 14 episode of her show and revealed that she is about to do something that she’s been wanting to do for years: get her GED. “When I got emancipated when I was 14, the court said it is now your choice to go to school or not and I said, ‘Oh boy! I’m never going to school again!’ So I never did get a high school diploma,” Barrymore shared. “With Ru’s support, I’m gonna be pursuing my GED to finally finish my traditional education.” RuPaul also shared that he received his GED when he was 19 and learned everything he needed to know from “movies and television.”

Fans were quick to send Barrymore well-wishes as one penned, “Love the convo about GED! Never too late

” Another added, “Good for you drew! Do whatever makes you happy.” However, one fan warned about the potential challenges of the exam, noting, “That GED exam is no joke… I’m graduate college years ago, took a look at the exam recently, and couldn’t answer much of it..Good luck to those on that journey..”

This isn’t the first time Barrymore discussed her past — she’s an open book when it comes to her childhood. Keep reading for more details.

Drew Barrymore's past shaped her into the woman she is today 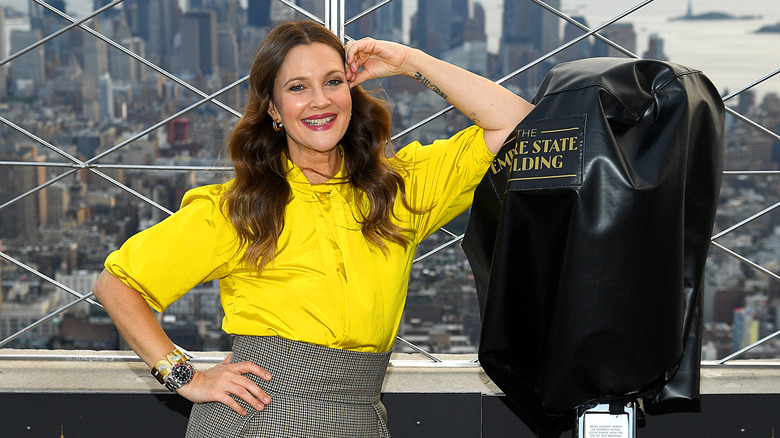 Like many childhood actors, Drew Barrymore grew up quickly in Hollywood and got caught up in party scene way before her teenage years.

She sat down with Norm Macdonald for his Netflix series in September 2018 (via Refinery29) where she discussed how her difficult childhood left a lasting impact on her. “It really is a recipe for disaster,” she said when touching on her early childhood stardom. “But you know what’s exciting? I got my s**t over with by like, 14,” she said. “Like, midlife crisis, you know: institutionalized, blacklisted, no family, like, got it done — and then got into the cycle of being my own parent.”

Barrymore has come a long way since then and is happy with where she is today. “I think I’m at the best place I’ve ever been and it took me a long time to get here. Life is messy, man, and I’m finally, like, really proud of who I am,” she told Howard Stern in February. “That feels good.”