Musicians might get famous for their voices and instrumentals, but the real legends of music always seem to be photogenic as well. For decades, images of musicians performing have captured their on-stage magic while candid photos have illuminated the human side of our larger-than-life icons.

While searching for a way to better enjoy these iconic music images we came across FineArtAmerica.com. The website, founded in 2006, supplies hundreds of thousands of artists and photographers with the printing infrastructure to sell their work. Among FineArtAmerica’s offerings is a massive collection of iconic music image wall art, all officially licensed and labelled for authenticity.

These pieces of wall art can be purchased in a wide variety of forms including canvas, metal, acrylic and wood prints – all for very reasonable prices. Most images can also be printed on everyday items like phone cases, tote bags or pillows, making the site a great source for gifts as well.

The wall art at FineArtAmerica is a great way to upgrade your current decor with some eye-catching images of recognizable musicians, or a way to show some love for your favorite band. Take a look at their musical images by clicking here and see some of our favorite picks below.

This image of the godfather of punk warrants second, third and fourth looks. The physically-unbelievable image shows Iggy doing a crowd-surfer-meets-Jesus act, walking across a sea of fans. The iconic photo was taken during a 1970 Stooges performance in Cincinnati when, after crowd-walking, Iggy smeared himself with peanut butter. 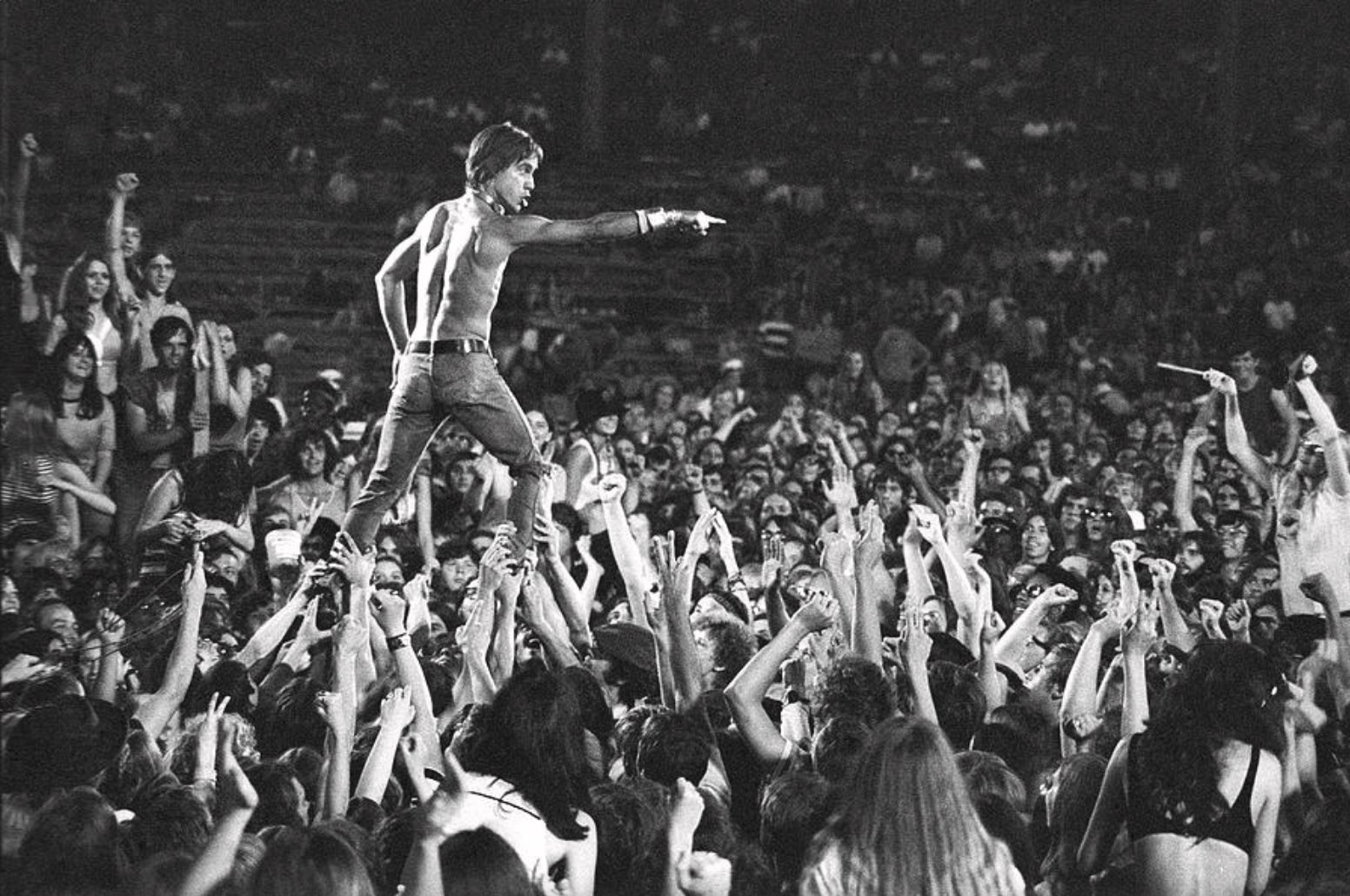 Johnny Cash was in rough shape when this image was snapped upon his entrance to Folsom Prison in 1966. But, as you can probably guess by the success of the recordings from the maximum-security facility, the concert was a career-booster like no other. Cash ended up playing another show in 1968. Both shows yielded some of the rawest live performance recordings in history, cementing Cash as music’s true outlaw. 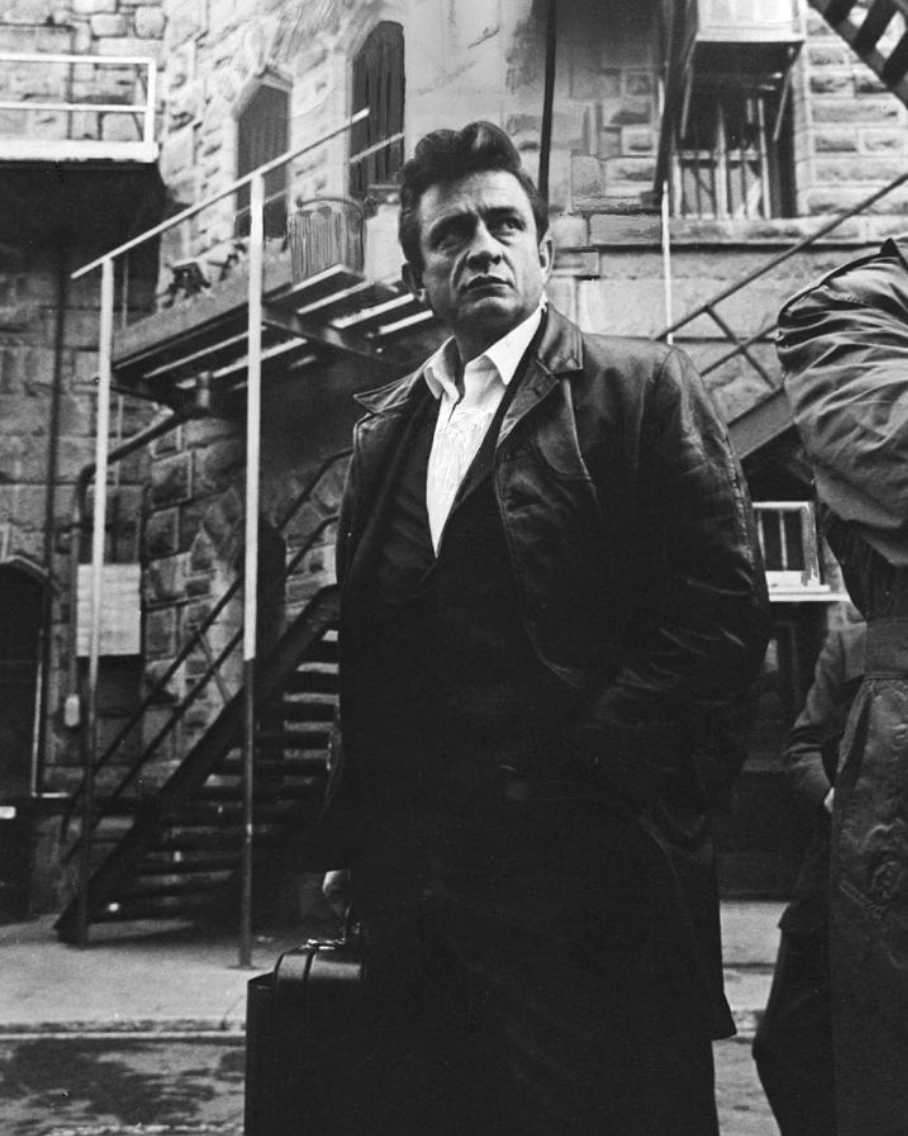 Elvis’ white jumpsuit, pictured in this piece of wall art, has become the King of Pop’s most famous outfit ever. It’s no surprise, as the open-chested, tight-fitting getup perfectly suits Elvis’ controversial, gender-bending stage persona. The image below is one of the best from his Madison Square Garden Concert in 1972. 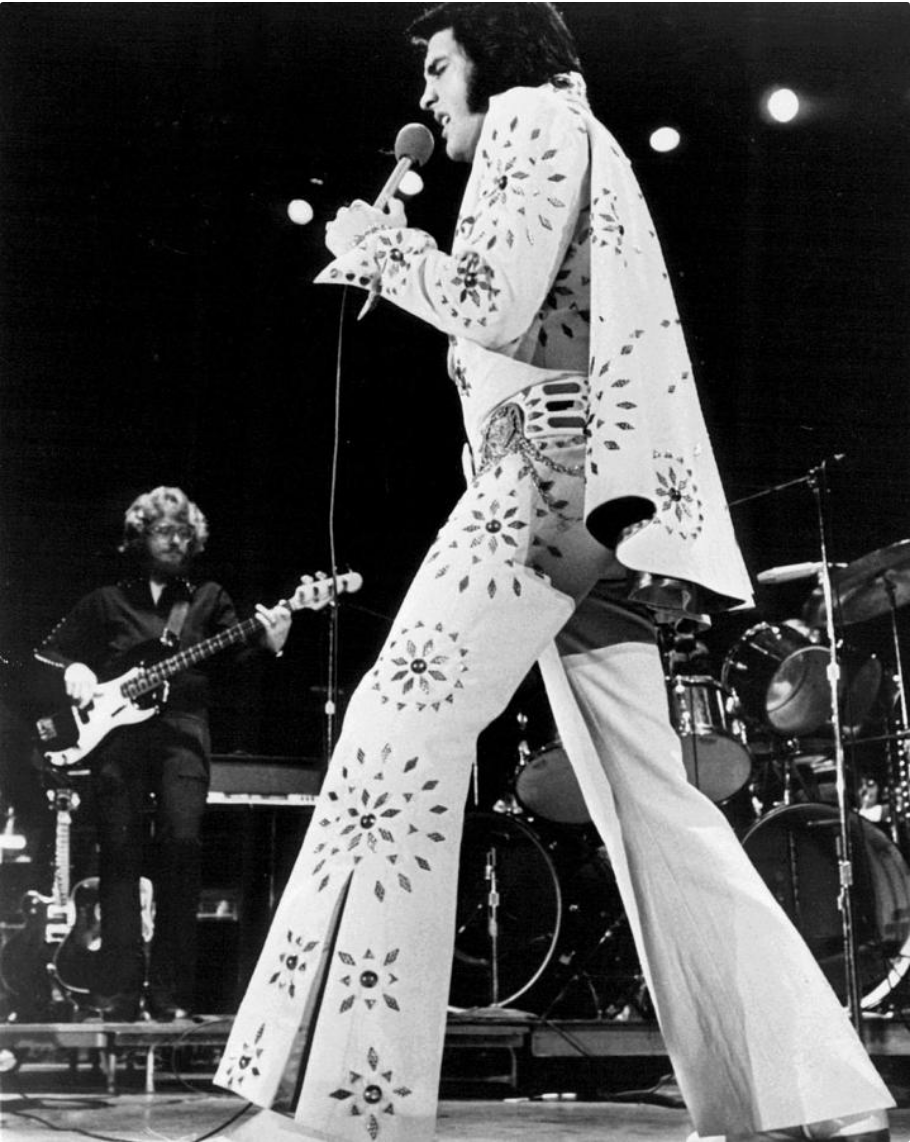 Tupac will always be remembered as equal parts rapper and political voice. “Changes” remains one of Tupac’s most enduringly relevant pieces of hip-hop-poetry thanks to piercing discussion of racism, police brutality and drugs – all in four and a half minutes. This piece of wall art combines an image of ‘Pac with an excerpt from “Changes,” making it a fitting presentation of the poetic activist. 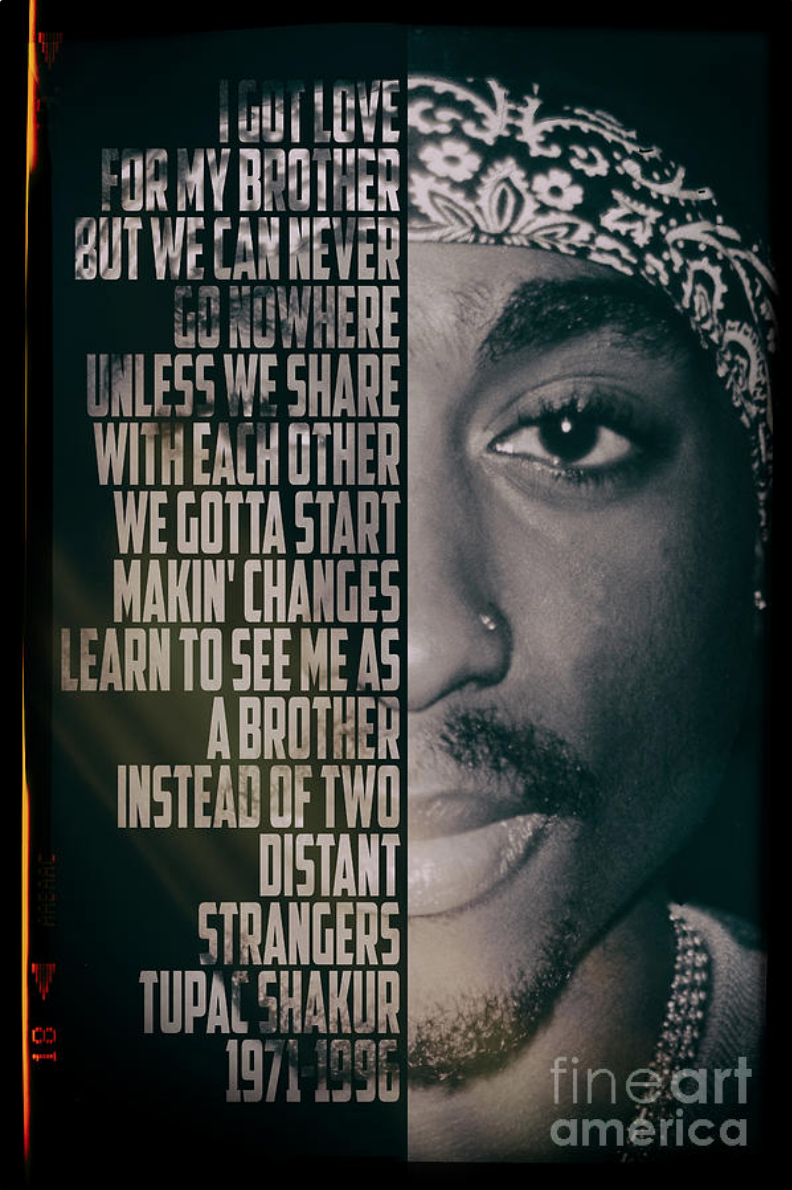 Back in the Seventies, most bands would announce tours by placing ads in music magazines and newspapers. The Rolling Stones, as we all know, did things differently. They announced their “Tour of the Americas ’75” on the back of a flatbed driving down one of the busiest streets in America: New York’s Fifth Avenue. The resulting mob effectively shut down New York City. 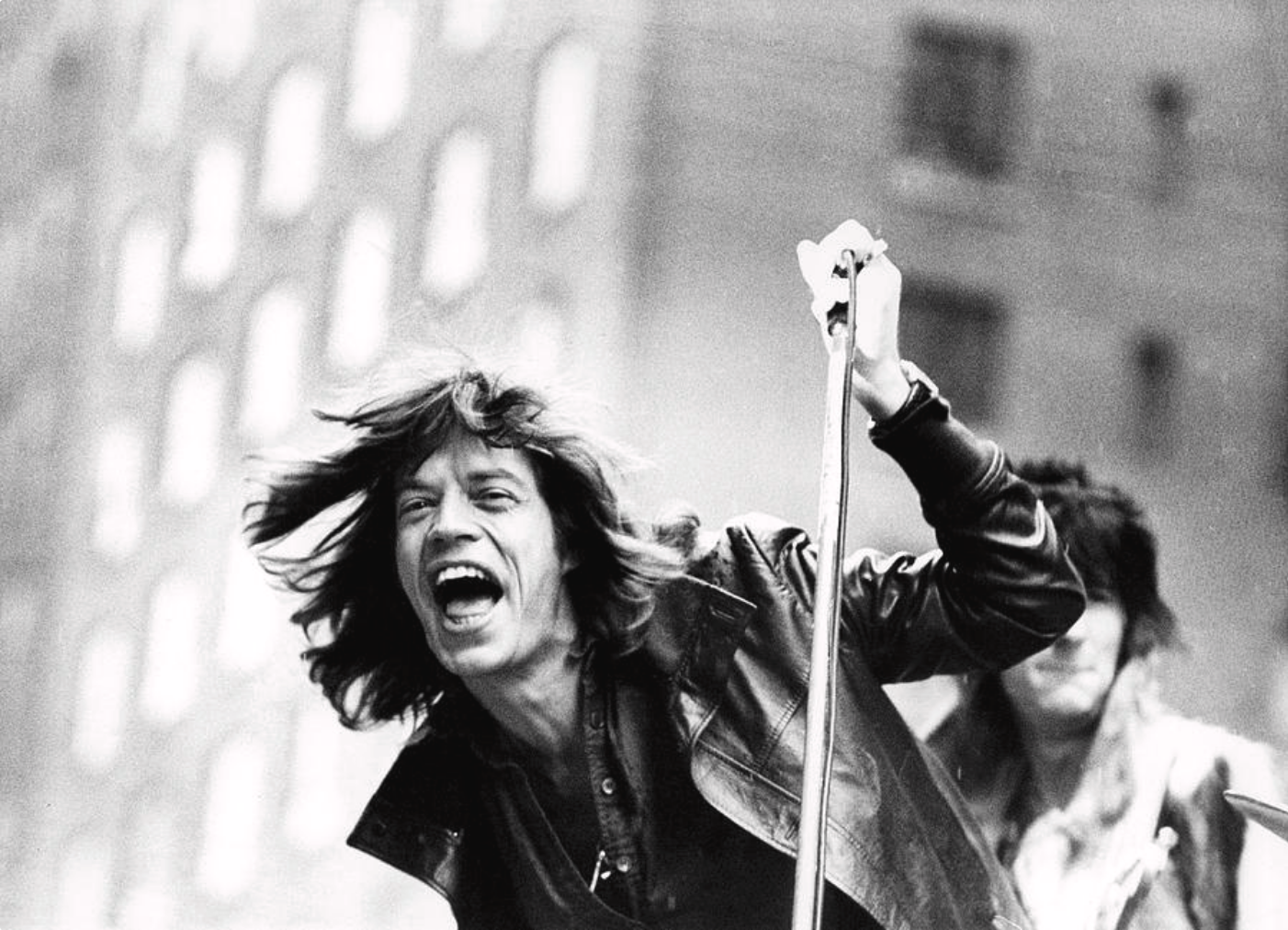 It’s no secret that musicians have a history of brushes with the law. And sometimes, these brushes end with our favorite musician behind bars, as showcased in this nine-image musical mug shot piece. All are real mug shots of instantly-recognizable music legends including Mick Jagger, Johnny Cash, Jimi Hendrix and David Bowie. 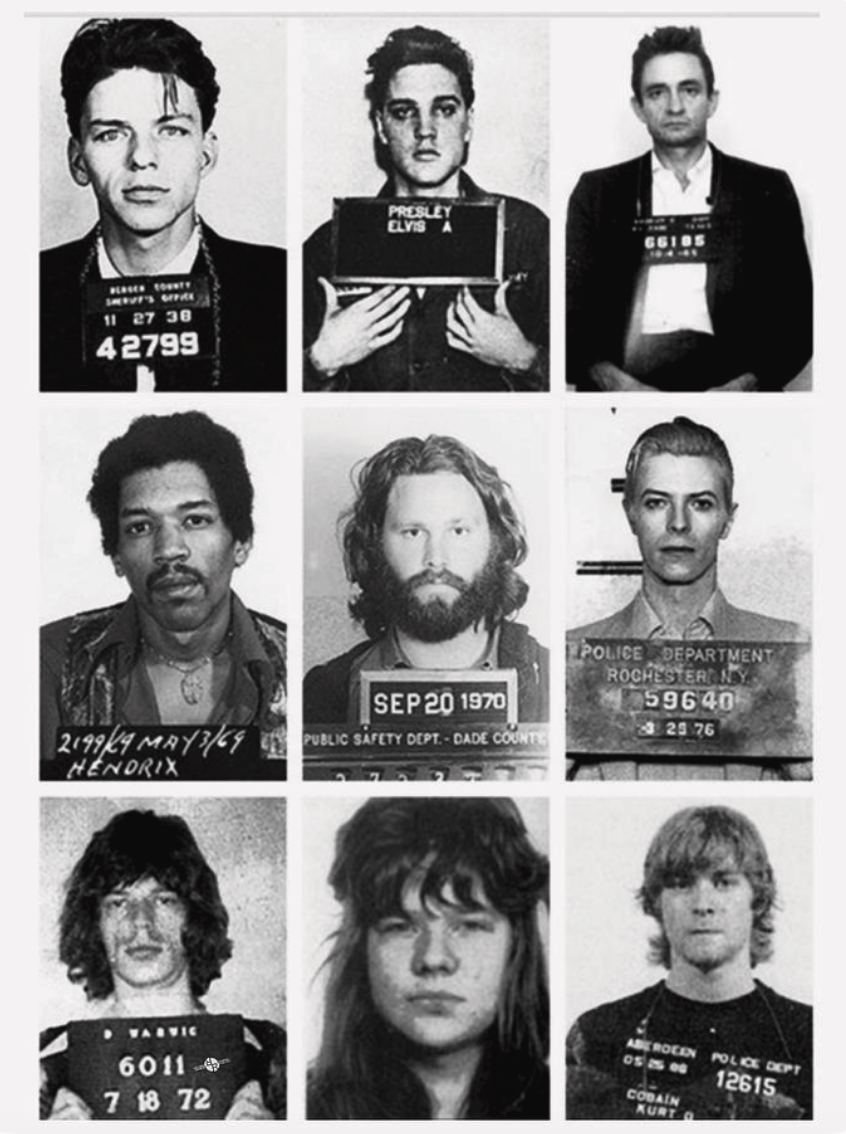 Fleetwood Mac was struggling in 1974 without a vocalist or guitarist. Then Mick Fleetwood found Stevie Nicks and Lindsey Buckingham. Nicks’ brutal honesty as a songwriter and her emotional voice was crucial to securing Fleetwood Mac’s first No. 1 spot in 1975. This photo captures Nicks’ mournful, passionate character, showing the singer with her classic haircut and iconic, free-spirited style. 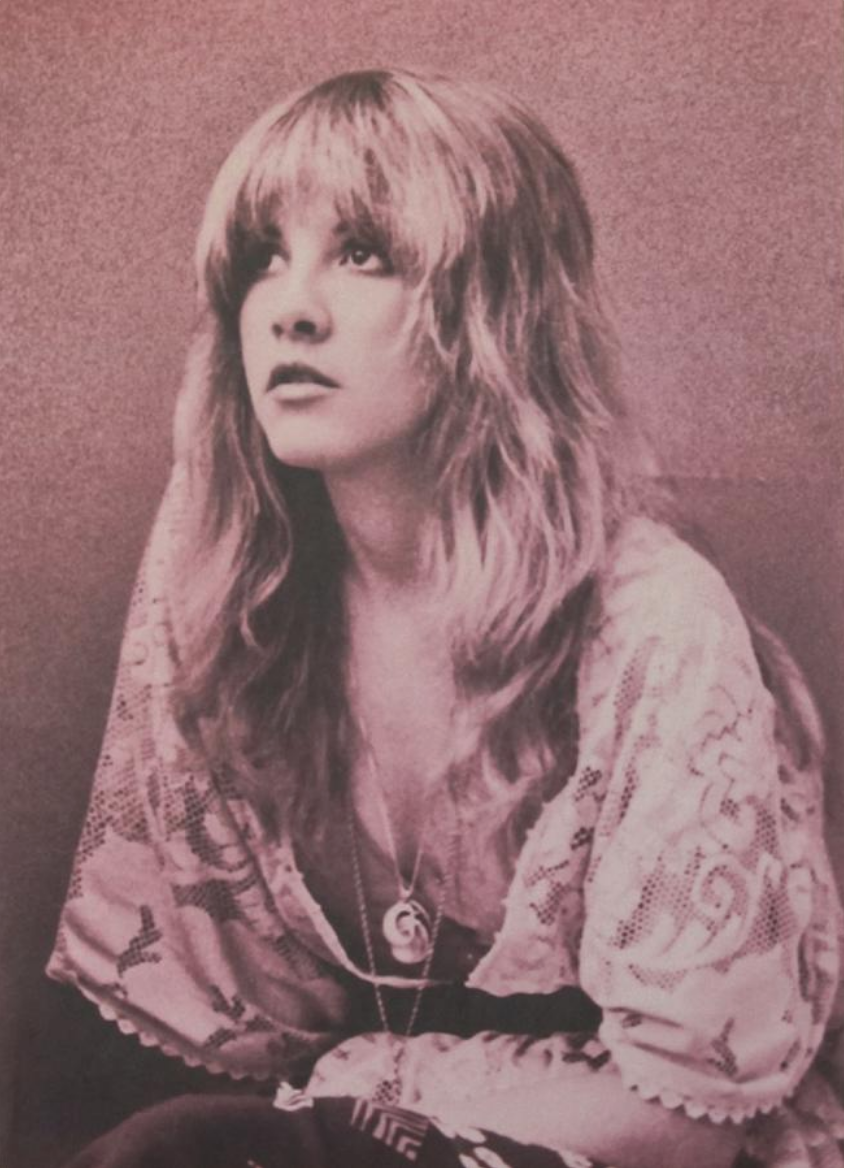