The Real Reason Taylor Swift Disables Comments On Her Instagram

It’s been over three years since Taylor Swift and Kim Kardashian were feuding over Kanye West’s song “Famous”, but the backlash for Swift extended far beyond 2016. If for some reason you need a refresher, allow us to jog your memory. Kardashian’s husband, West, put out his song “Famous” which implied he and Swift might still be sexually intimate because he “made that b*tch famous.” Swift and her fans were outraged and expressed it openly on Twitter and Instagram, but West maintained that he asked Swift for her permission before putting the lyric in the song. Swift denied the claims and here’s where things got a bit messy. 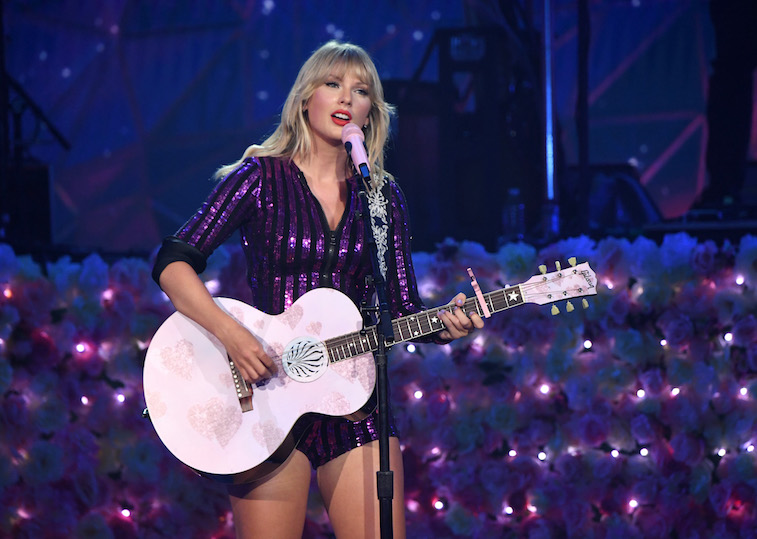 Kardashian quickly stepped in to defend her husband, stating that she had video footage of the phone call and could prove West’s innocence. Of course, some fans were skeptical that she had evidence, but we don’t know why they would be. After 17 seasons of Keeping Up With The Kardashians, we’d be more surprised if something in that home wasn’t recorded.

True to her word, Kardashian dropped proof of the phone call where West secured Swift’s permission for the lyrics. Swift, however, maintained (as she still does today) that she never gave permission for West to refer to her as a “b*tch”, but by then the damage was done. From then on, people were calling her a snake and demanding that she be “canceled”.

The dangers of cancel culture

In a recent interview with Vogue, Swift finally opened up about the ramifications that the experience had on her and her psyche. “A mass public shaming, with millions of people saying you are quote-unquote canceled, is a very isolating experience. I don’t think there are that many people who can actually understand what it’s like to have millions of people hate you very loudly. When you say someone is canceled, it’s not a TV show. It’s a human being. You’re sending mass amounts of messaging to this person to either shut up, disappear, or it could also be perceived as, Kill yourself,” the 29-year-old said.

Protecting herself with music

Swift continued on to refer to the backlash as deeply humiliating and said that the only way she got through the trying time was throwing herself into music. “I realized I needed to restructure my life because it felt completely out of control. “I knew immediately I needed to make music about it because I knew it was the only way I could survive it. It was the only way I could preserve my mental health and also tell the story of what it’s like to go through something so humiliating,” the “Lover” singer said.

Aside from music, one of the ways that Swift managed to restructure her life was also restructuring her Instagram feed. In the past, Swift had used the platform to openly share details from her private life with fans. But following the feud, the singer scrubbed her entire feed clean and disabled comments. If you go to her Instagram page right now, there’s no evidence from any era prior to Reputation. Instead, the earliest image you’ll see is that of a snake, giving fans the first indication that Swift was going to rewrite her own narrative.

And rewrite it she did. In fact, Reputation became the highest-grossing tour in U.S. history. So while some people may have laughed at Swift, she took all the pain she experienced from the open mass hatred all the way to the bank.

Still, enduring any kind of mass hate would take a toll on anyone and Swift is no exception. This is exactly is why she has still failed to enable comments on her Instagram page years later. In an essay she wrote for Elle, Swift admits that her reasoning for disabling comments on her feed is two-fold.

“Yes, I keep comments off on my posts. That way, I’m showing my friends and fans updates on my life, but I’m training my brain to not need the validation of someone telling me that I look fire. I’m also blocking out anyone who might feel the need to tell me to “go die in a hole h-” while I’m having my coffee at nine in the morning. I think it’s healthy for your self-esteem to need less internet praise to appease it,” the “ME!” singer wrote. Well, we certainly can’t argue with Swift there, and we wish her all the best in this new era of her life.