Through his appearances, performances, and visuals in the past year or so, The Weeknd has displayed an eerie and, at times, gory aesthetic to accompany his After Hours album era. Usually dressed in a red jacket, black shirt, and slacks, he’s cycled through cosmetic bruises, bandages, and otherwise bloodied appearances while adhering to a dark, retro vibe. Though the singer has typically left these displays up to our own interpretations, he recently offered a (brief) explanation of his latest visual approach, ahead of his headlining performance at Sunday’s Super Bowl Halftime Show.

“The significance of the entire head bandages is reflecting on the absurd culture of Hollywood celebrity and people manipulating themselves for superficial reasons to please and be validated,” he told Variety this week.

And while the idea of a night in Vegas gone wrong might’ve partially inspired his look, the concept has progressed. “It’s all a progression and we watch The Character’s storyline hit heightened levels of danger and absurdity as his tale goes on,” he added to the outlet.

The Weeknd doesn’t have a problem with appearing bruised and scarred either. “I suppose you could take that being attractive isn’t important to me but a compelling narrative is,” he also said.

And what a narrative it is. The Weeknd’s grisly facade seems to trace back to his “Blinding Lights” music video, released at the top of last year.

He started bringing the bloody look to public appearances too. One was in January 2020 on Jimmy Kimmel Live! when he showed off a bandaged nose; another happened months later in March on Saturday Night Live. 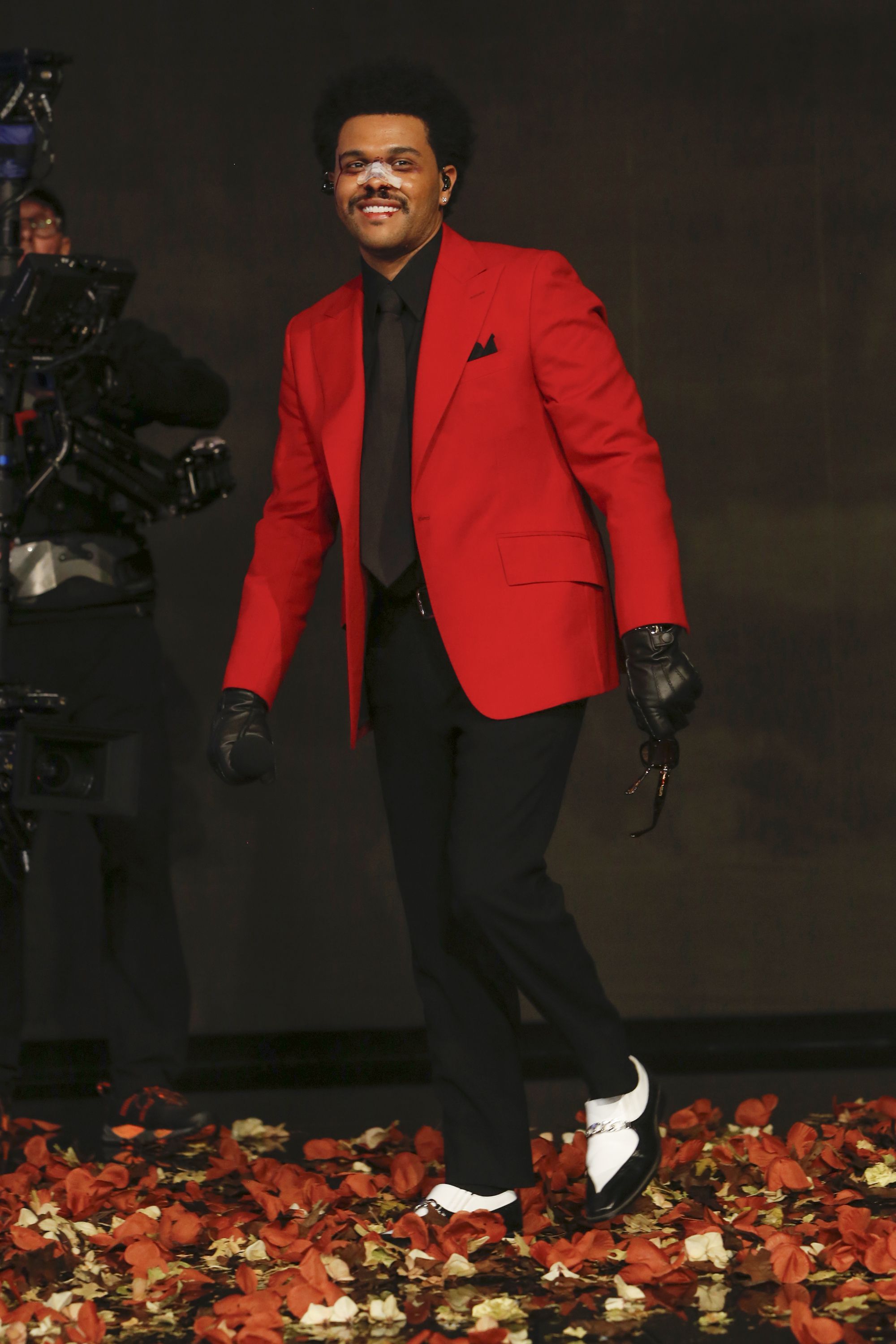 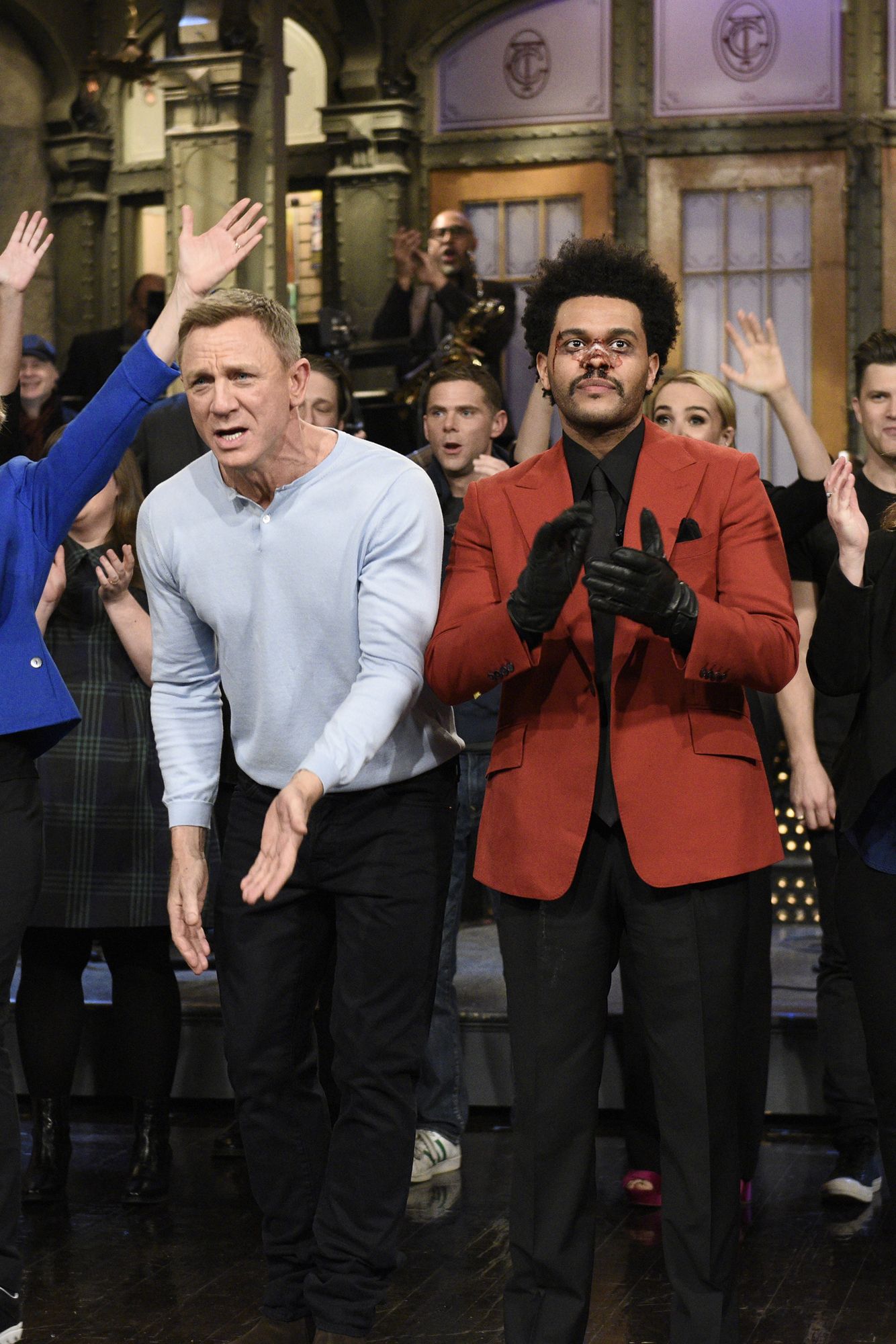 By the time he hit the red carpet at the MTV Video Music Awards in August, he had ditched the nose bandage but still wore bruising special-effects makeup. 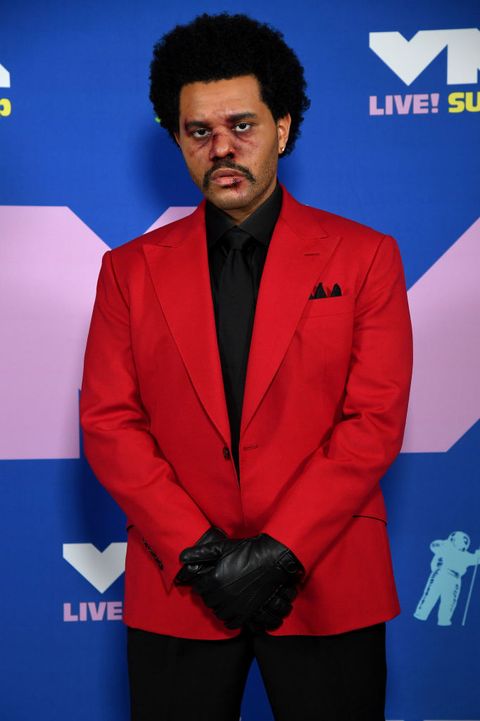 At the American Music Awards in November, he raised questions in a fully bandaged face and deeply reddened under-eyes, as if he was recovering from an operation or severe injury. 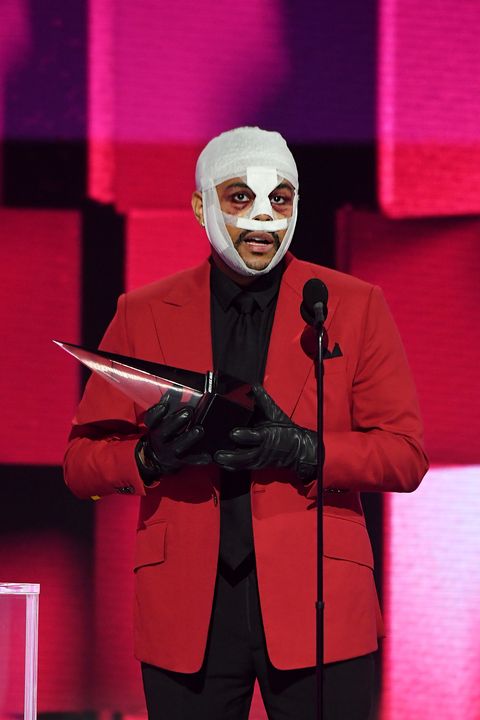 Most recently, in early January of this year, the singer uncovered a freakish, botched Botox look in his “Save Your Tears” music video. The special-effects makeup came courtesy of Prosthetic Renaissance, the group that had worked the singer through his various cosmetic transformations.

It’s unclear if The Weeknd will appear on the Super Bowl stage with a similar—or perhaps more extreme—appearance, but if he does, know that there’s more where it came from.