Joe Exotic has told fans he has prostate cancer on Twitter. The Tiger King star is yet to find out what stage the disease is at.

My body is tired, I have lost a tremendous amount of weight

The 58-year-old spoke out about his health online in view of his 57,000 followers yesterday.

The Netflix star said his body was “tired” and that he’d lost a “tremendous” amount of weight.

He went on to beg for “that pardon Trump left behind” in a series of three tweets.

In 2019, Joe was convicted on 17 federal charges of animal abuse and two counts of attempted murder for hire for a plot to kill Big Cat Rescue CEO Carole Baskin. 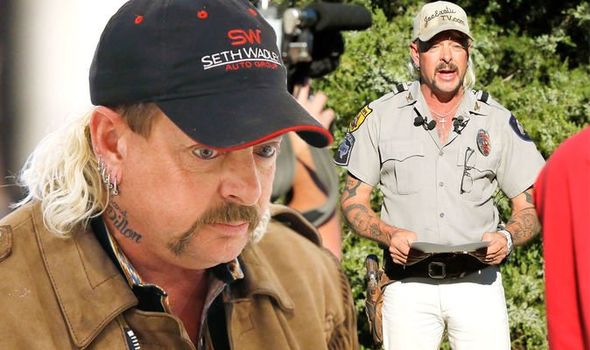 He is serving a 22-year sentence in federal prison.

Joe tweeted, naming his lawyer: “John Phillips has received my medical records from FMC Fort Worth.

He continued: “The prison has approved testing to verify what stage it is in.

“My body is tired, I have lost a tremendous amount of weight, the mouth sores…”

The former small screen regular went on to thanks fans, while begging to return home to be treated.

He wrote: “It’s not just city cops out of control with corruption, but his very own Department of Justice.

“Make this right and sign that pardon that Trump left behind, so I can go home and get proper medical care and proper food.

“Thank you for all the love and support.”

Joe then signed off: “…from all over the world. I love you all. Wish me luck… #JusticeForJoeExotic #TigerKing #JoeExotic @JohnPhillips.”

The zoo owner – real name Joseph Maldonado-Passage – is currently due for release in 2037.

He previously sought clemency from former president Donald Trump, but these appeals were ignored.

Joe’s post about his health drew many comments from fans, with many wishing him the best.

One user wrote: “Prayers for you Joe and also if it is found in the early stages it’s more than 90 per cent curable.

“So prayers it’s in the early stage.”

A second told him: “Ah man. Gutted for you. Stay strong and fight this.”