Though both Zendaya and Jacob Elordi continue to dodge rumors regarding a romance, the two Euphoria stars have been spotted together all over the globe in recent months: first sparking relationship rumors with a secret trip to Greece last year, and most recently while flying to Elordi’s home country of Australia. Below, we recap what we know of the actors’ low-key liaisons, ranked by the most recent updates.

Zendaya Joined Elordi on a Trip to Australia 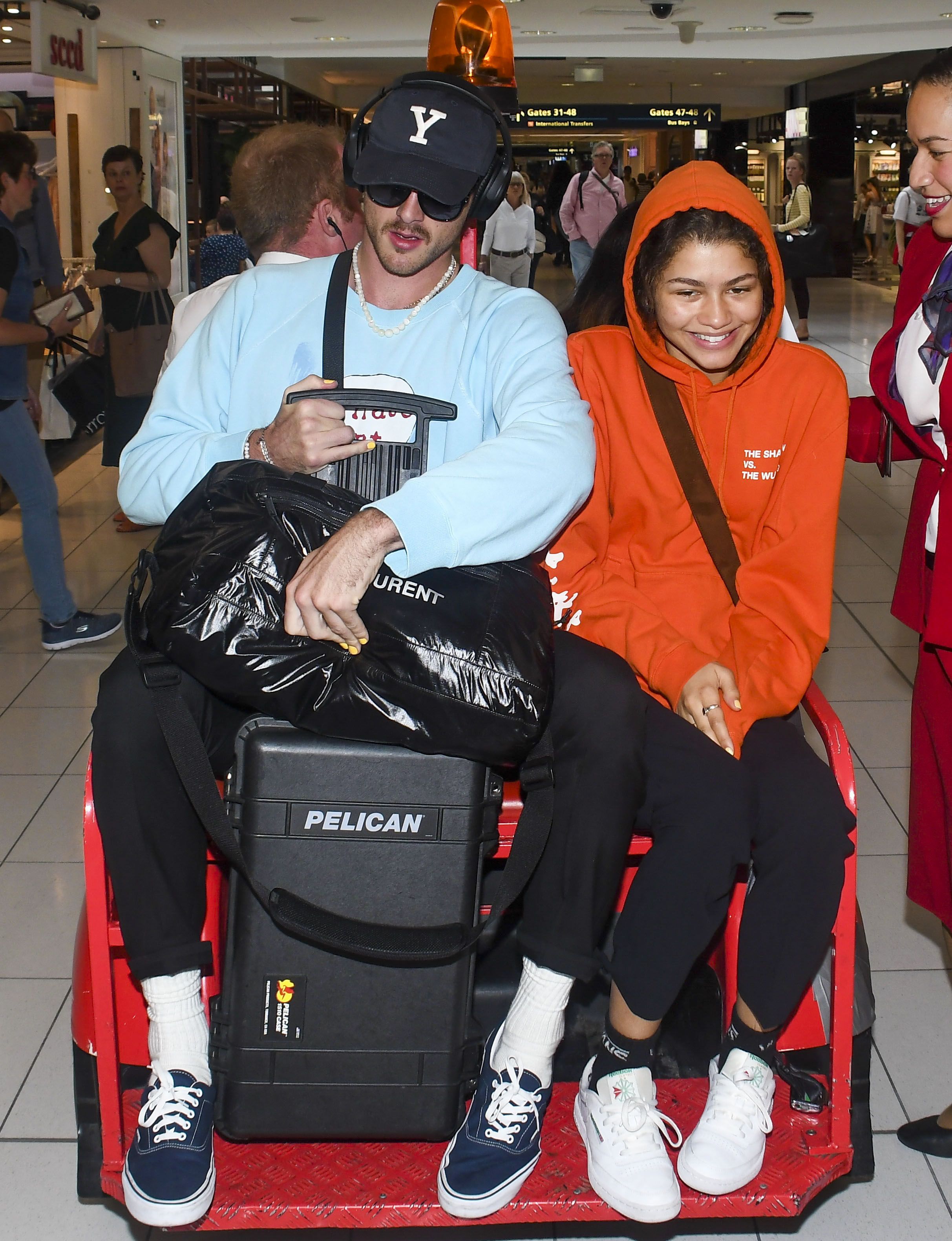 The two actors were most recently spotted together at the Sydney Airport, both donning comfy, casual sweat suits for the journey across the globe to Elordi’s home country. Zendaya was photographed makeup-free and wearing an orange hoodie, black sweatpants, and white Reebok sneakers. Elordi looked equally as effortlessly cool with a baby blue sweatshirt, baseball cap, black slacks, and lace-up Vans.

A Couple Who Grocery Shops Together Stays Together

According to Entertainment Tonight, the pair went on a casual grocery store date in Los Angeles this month. A source told the outlet the actors vividly appeared to be “more than friends” during the outing. Elordi was reportedly overheard telling Zendaya what items he thought they needed to purchase, while Zendaya carried a box of Girl Scout Cookies (a vital necessity). 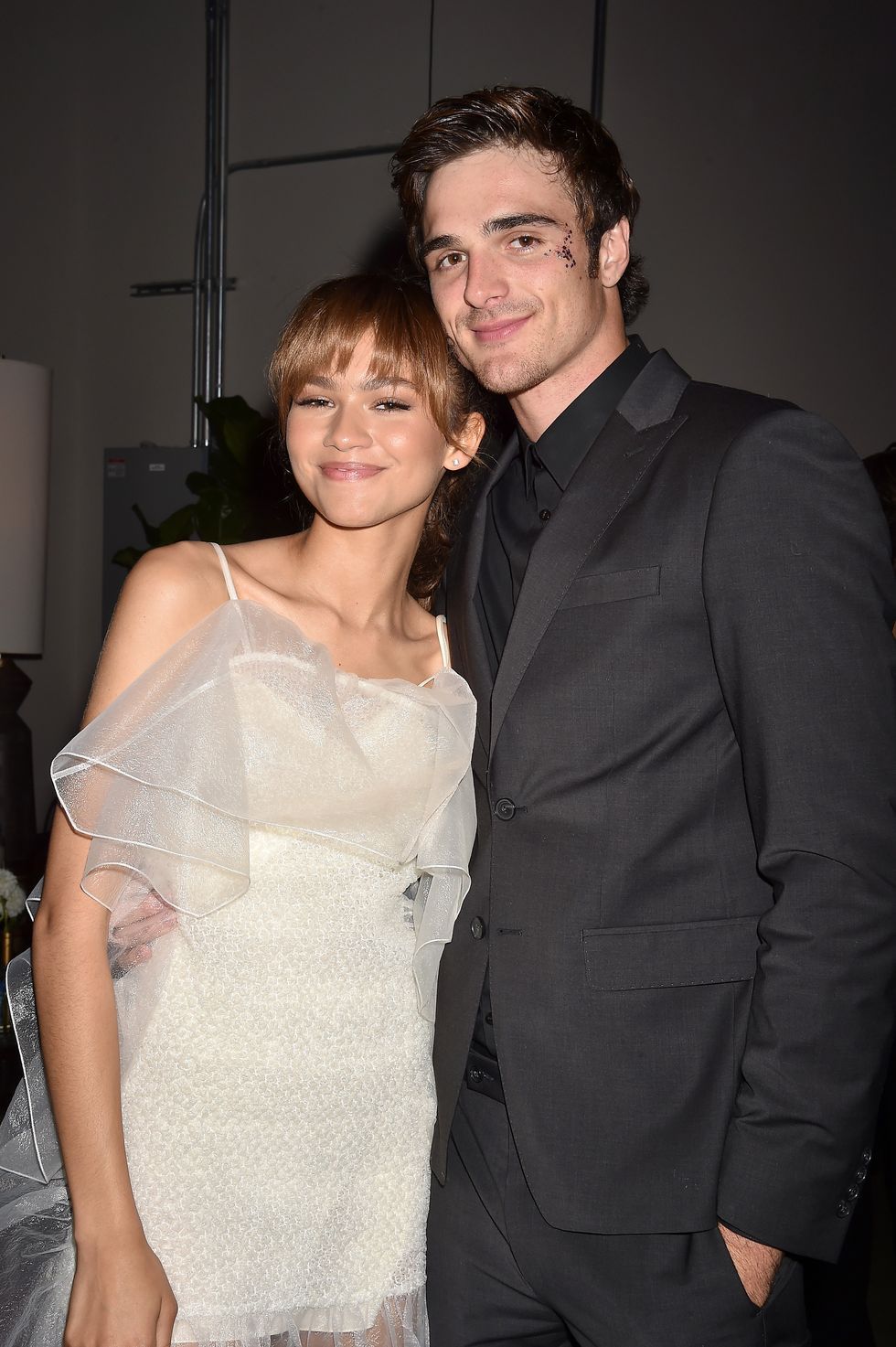 E! News reported in early February that the actors had been quietly seeing each for months. “They started as close friends but it became romantic after their show ended,” a source told the outlet.

“They have been inseparable since last summer and have been making time for each other in between projects. Jacob has met Zendaya’s family and everyone adores him. They have a lot of fun together and have a lot in common.”

The Costars Were Caught Grabbing Coffee in NYC 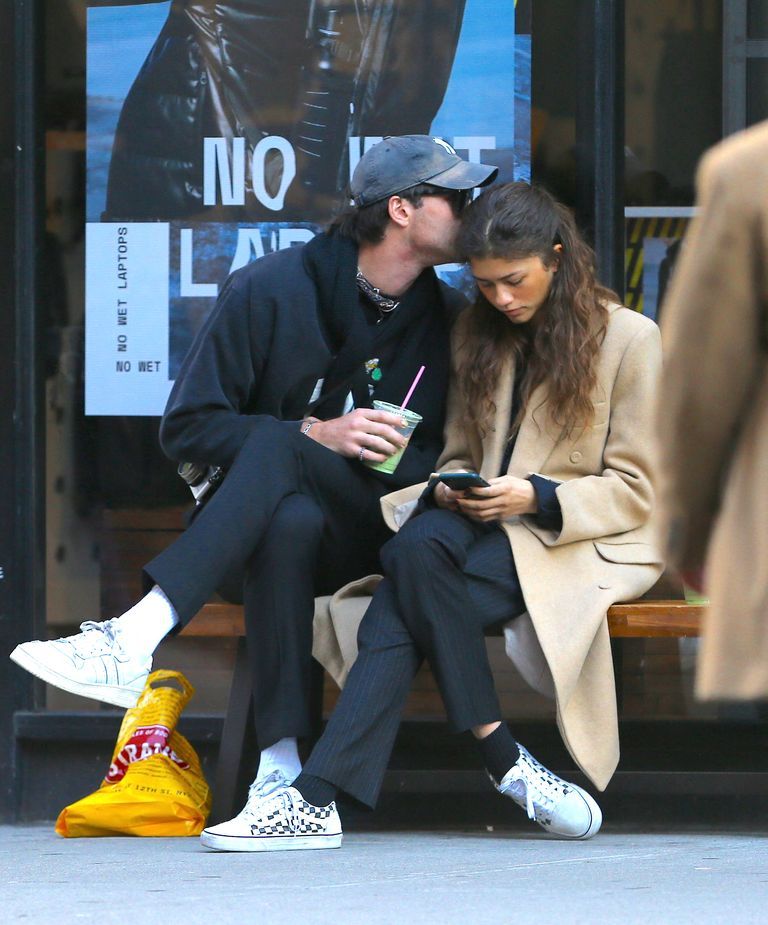 Romance rumors surrounding Zendaya and Elordi fully went into overdrive once the pair was spotted grabbing coffee and sneaking a quick kiss in New York City at the beginning of February. The actors were photographed sitting together on a bench in SoHo, and they managed to keep even incognito attire supremely chic, with Zendaya rocking a tan coat and pinstriped pants, and Elordi sporting another baseball cap and an all-black ensemble.

Elordi Gushes over Zendaya in a Magazine Interview

After Elordi and Zendaya were first spotted together during a trip to Greece last year, Elordi acknowledged the rumors during an interview with GQ Australia.

The actor described Zendaya as being “like his sister” in the profile but went on to praise his costar’s work ethic and personality. “Zendaya is an amazing creative, you know? She’s super dope to work with. She’s an incredible artist and a very caring person to all of us,” said Elordi.