The ‘Daily Show’ host and the ‘Titans’ actress are reportedly going separate ways since their work commitments and careers ‘are very different,’ making them feel like ‘they should take time apart.’

AceShowbiz –Trevor Noah has reportedly called it quits with Minka Kelly. After less than a year dating, “The Daily Show” host and the “Titans” actress were said to have “felt like they should take time apart.”

On Sunday, May 16, a source revealed to ET that the two have parted ways. “Minka and Trevor have broken up,” the source told the outlet. “Their work commitments and careers are very different and they both felt like they should take time apart.”

The so-called inside source further opened up that Minka has been “leaning on friends, traveling and keeping busy since their split.” It was noted that Trevor “has been doing his own thing too.”

Amid the breakup rumors, Trevor was seen partying with DJ Steve Aoki and Dave Grutman at the Pool at Strawberry Moon at the Goodtime Hotel in Miami, Florida on Sunday, May 16. At the time, the “Born a Crime” author took to his Instagram Story to share a glimpse of the party. Over the clip, he wrote, “My first time partying in over a year!!” 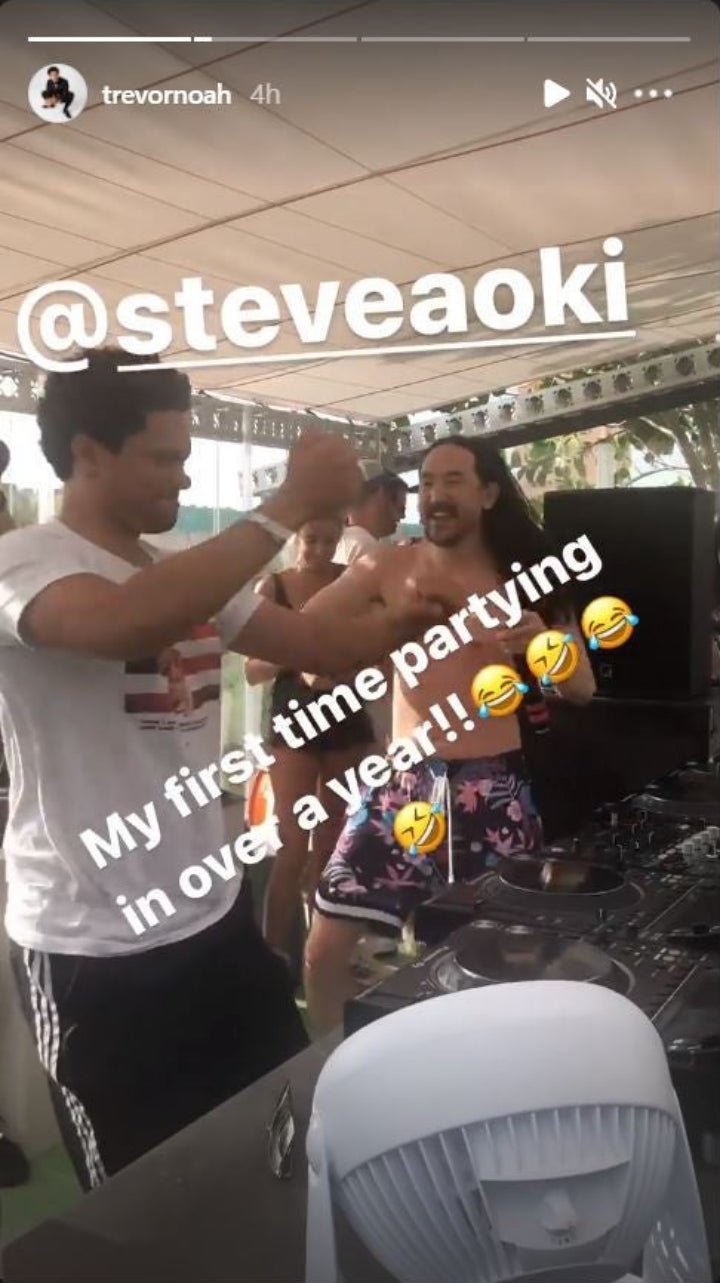 Trevor Noah shared a glimpse of the party in Miami, Florida with DJ Steve Aoki and Dave Grutman.

Meanwhile, Minka has reportedly been spending her time traveling, and shared some pictures from her recent getaway. Making use of Instagram on May 11, “The Roommate” actress uploaded a series of her photos during a vacation in Copa del Sol. The post came with a caption that read, “Woke up from a dream of a sound bath meditation at sunset in the copa.”

Back in September 2020, Trevor and Minka were reported to have been living together in New York City. In the photos obtained by PEOPLE at the time, the two were spotted walking into the TV personality’s apartment together after getting out of an SUV. A source also told the publication, “They’re very happy.” The insider also noted that “it’s a very serious relationship.”

Both Trevor and Minka have not commented publicly about their split. The twosome were pretty private about their love lives since they started dating in August 2020.