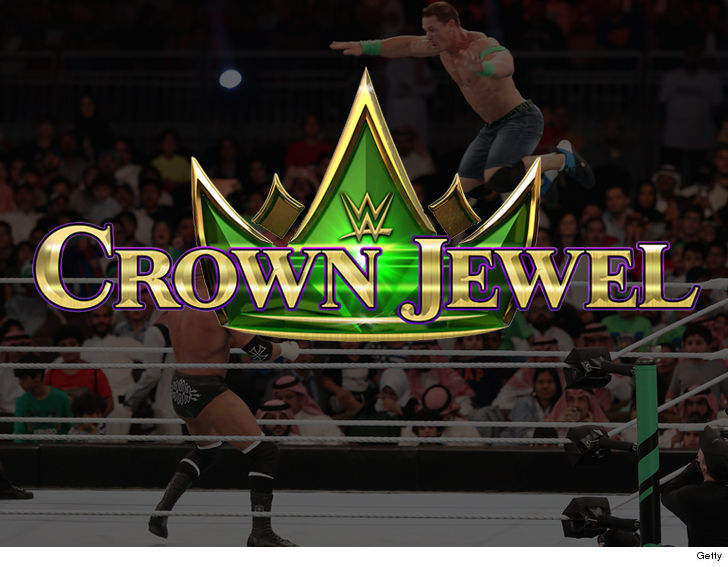 WWE isn’t backing out of the upcoming pay-per-view event in Saudi Arabia — saying they plan to “continue operations” in the country despite calls from politicians to at least postpone.

The event — ‘Crown Jewel’ featuring Brock Lesnar vs. Braun Strowman — is scheduled to take place in Riyadh on Nov. 2.

Thursday morning, as part of a Q3 earnings report, the company announced the show will move forward as planned.

“WWE has operated in the Middle East for nearly 20 years and has developed a sizable and dedicated fan base,” the statement said.

“Considering the heinous crime committed at the Saudi consulate in Istanbul, the Company faced a very difficult decision as it relates to its event scheduled for November 2 in Riyadh. Similar to other U.S.-based companies who plan to continue operations in Saudi Arabia, the Company has decided to uphold its contractual obligations to the General Sports Authority and stage the event.”

“Full year 2018 guidance is predicated on the staging of the Riyadh event as scheduled.”

Of course, the “heinous crime” is the apparent abduction, torture and murder of former Washington Post columnist Jamal Khashoggi.

Some officials believe Khashoggi’s death was ordered by Saudi Crown Prince Mohammed bin Salman — though the royal family has strongly denied that.

President Donald Trump recently referred to the Saudi account of the killing as the “worst cover up” in history … after they tried to spin multiple BS stories about how Khashoggi could have died.

Recently, WWE star Randy Orton told TMZ Sports why he thinks it’s important for the organization to do the show in Saudi Arabia … and it sounds like his heart is in the right place.