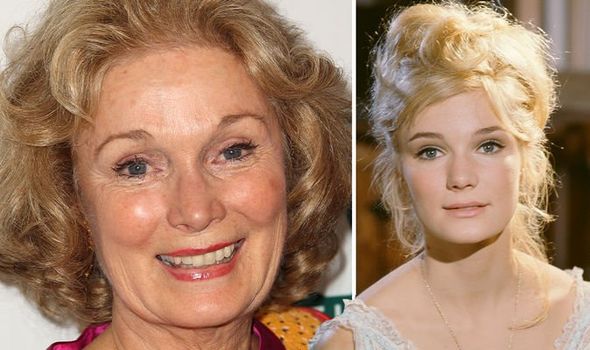 Yvette Mimieux, best known for her role in the 1960 film The Time Machine, has sadly died just 10 days after she celebrated her 80th birthday, a rep for her family confirmed. It is understood the actress passed away in her sleep of natural causes.

Mimieux was a prolific actress, born in Los Angeles, California on 8 January 1942.

Her talent manager Jim Byron, was the one who suggested she become an actress, and her first acting appearances came in episodes of TV shows Yancy Derringer and One Step Beyond.

She made it big in her first feature film, starring opposite Rod Taylor in The Time Machine at MGM, where she was soon put on a long-term contract.

Months after, she appeared in Where the Boys Are and her credits continued to boast a long list of filmography, including Platinum High School, Mr Lucky, Four Horsemen of the Apocalypse, and Light in the Piazza.

The star was also well-known on the small-screen too, featuring as a guest on the Richard Chamberlain series Dr Kildare, and in The Most Deadly Game.

By the early 1970s, Mimieux was unhappy with the roles offered to female actors, and was recorded as saying: “The women they [male screenwriters] write are all one dimensional.

“They have no complexity in their lives. It’s all surface.

“There’s nothing to play. They’re either sex objects or vanilla pudding.”

She had been writing mostly journalism and short stories a few years prior to her comments and soon went on to write a thriller, which she took to producers Aaron Spelling and Leonard Goldberg.

They then produced it for ABC as a television film, and it aired as Hit Lady in 1974.

Mimieux continued to work until she retired from acting in 1992, after a final turn in the TV movie Lady Boss.

Following the news of her death, fans rushed to social media to share their messages of condolences with her loved ones.

One wrote: “Yvette Mimieux loomed large over my childhood because of The Time Machine and The Black Hole. RIP at 80.”

“I always felt for Yvette Mimieux. She was tough, smart, and had so much more to offer than wispy, blonde fragility,” a second added.

“She succeeded in overcoming the typecasting in her television work, where she also wrote and produced. Death Takes a Holiday is magic. She was magic. Rest in Peace.”

“Yvette Mimieux was really wonderful in a tricky role in LIGHT IN THE PIAZZA (1962). A marvelous performance in an excellent film. RIP,” a fourth paid tribute to her and her career.

According to Deadline, there will be no memorial service held as the film star kept her personal life private.

She is survived by Howard F Ruby, her husband of 36 years.