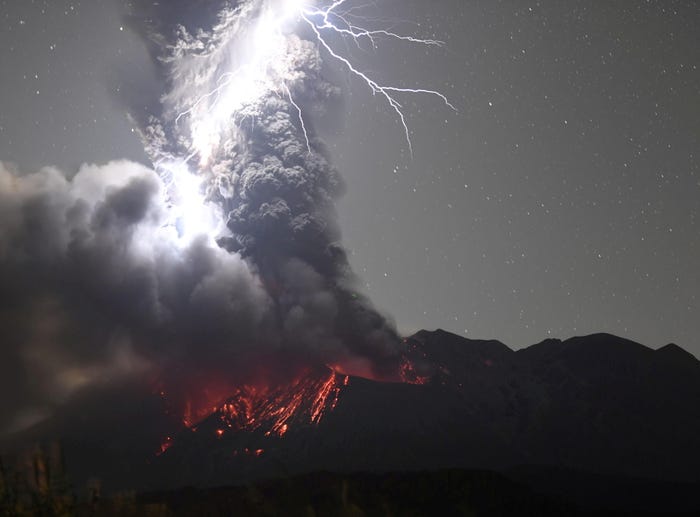 Located in southern Kyushu, Sakurajima is one of the world's most active volcanoes, spewing ash and lava every four to 24 hours. The photo shows bolts of lightning colliding with the mouth of the volcano.

Volcanic lightning is a common but little-understood phenomenon since active volcanoes are difficult to study up close. In 2016, researchers at Ludwig Maximilian University in Munich, Germany, found that lightning strikes at Sakurajima are caused by the static electricity created by closely-packed particles in volcanic ash rubbing together, also known as triboelectricity.

The average lightning strike lasts about 30 microseconds, or .00030 seconds, making the timing of this incredible photo even more impressive.