Sometimes ignorance really is bliss. Zoey’s Instagram deep dive on the Feb. 20 grown-ish episode titled “Body Count” is an all-too-relatable glimpse into those pre-relationship social media background checks that, while amateur, could rival the capabilities of a government agency. (After all, would there be so many memes floating around if it wasn’t true?) Sure, Zoey intended to take the "high road" after the shock wore off from seeing Luca’s "half-naked ex-girlfriend" Juliette prominently featured in her man’s debut CalU Arts Fair exhibit…at first. That was all, of course, until Zoey noticed the game-changer: Luca’s ex (who she didn’t even know existed) wasn’t just immortalized on the canvas, but the former couple was also sporting — gasp — matching arrow tattoos.

Leave it to Ana, of course, to lay out all the proper "deep dive steps," if Zoey really wanted to find out where Juliette lives, how she and Luca started dating, why it ended, and, ya know, her next of kin, etc. Her sleuthing 101 instructions including finding answers to the age-old questions: Do they still follow each other? Do they like each other’s posts? Do they comment? Do they like each other’s comments? Last public sighting? Any level of post-breakup communication? (A bonus pro tip, courtesy of Ana: When checking a subject’s Insta Story, "stay on each clip for less than 3 seconds, or she’ll see that you viewed it.")

Naturally, each tip plays as hilarious because anyone who hasn’t done everything Ana described is either lying or has, at the very least, helped a friend "investigate" some, if not all, of the above? As she further explained to Zoey, the Instagram search is but a precursor to a more widely-cast net that includes, but, is not limited to: Google, Twitter, Snapchat, and, "if you’re up for it," Venmo. ("If they’re splitting costs, you’re splitting up," Ana tells her perplexed pal.) It’s all almost too real.

You can almost feel Zoey’s self-induced pain as you watch her open the flood gates and make more and more excuses as she descends into a rabbit hole of years worth of social media posts, eventually leading to Juliette’s parents’ Facebook page — because ancillary characters are important for context, too, of course. And anyone who didn’t cringe right along with her when she made the dreaded error of "liking" a years-old pic, clearly has never fallen victim to the accidental IG double tap. As her attempts to recover only made the situation messier, who couldn’t also identify with her panicked internal monologue (which viewers obviously heard her speak aloud)? 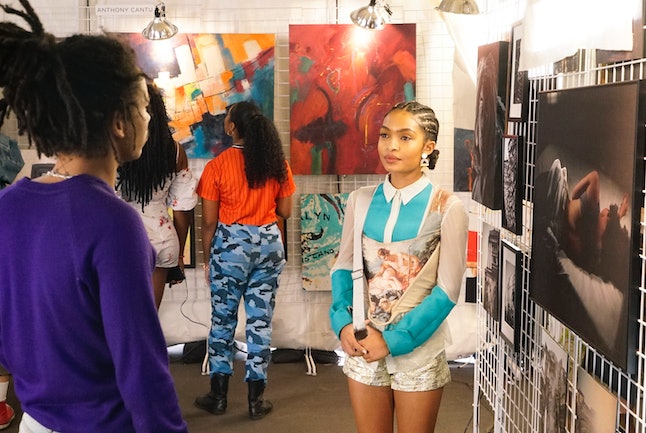 Seeing the awkwardness play out as an observer turns the camera around, in a sense, and begs the question of why so many people sacrifice their own sanity in a quest to find out all the information they can simply because they can. Aaron asked a similar question after witnessing Ana’s over-the-phone tutorial, which he eventually labeled as a "stalkery mess" and "crazy." What he really wanted to know was why two people being into each other wasn’t enough and why a full history lesson was necessary before dating.

Well, "because that’s not how women work," as Ana explained, and "girls only get "crazy" because guys never offer up any information about their past." To be fair, Luca did admit that his past is one of two places he never visits. (The second, of course, was Bora Bora during the rainy season, so…) Ana’s justification actually made a lot of sense and also highlighted the innate human tendency to want to protect one’s self from heartbreak down the line. She told Aaron that a woman "deserves to know" about a potential partner’s past patterns, including cheating, ghosting, and gym selfies, "so we know how much to be invested." Fair point.

Again, though, at what price does this potentially trivial knowledge come? Zoey noted that all that her stalking, er, researching accomplished was successfully messing with her head and leading her to feel less trusting, more insecure, and also have more questions than ever.

Again, it was Ana who had to explain the golden rule of deep dives: Don’t ask questions, if you’re not prepared to live with any of the possible responses. (This came up again when a blithely unprepared Zoey asked Luca for his "body count" and compared his answer to a sold-out ballpark’s capacity number.) As Ana pointed out in regard to Zoey’s noted insecurity (a "you problem," as she called it), sometimes the reactions are symptomatic of a larger issue — and that’s what really needs to be explored. 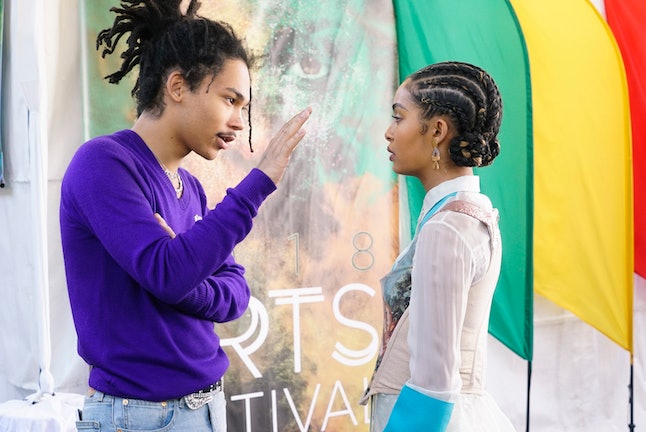 By episode’s end, Luca understood that, although he may process his emotions through art, Zoey isn’t wired the same way and, thus, granted her permission to ask whatever questions she had about his past. But, as the "deep dive" taught her, some lines can’t be uncrossed and maybe it actually isn’t quite so beneficial to know every detail of someone’s dating history. And with that, another grown-ish life lesson is officially in the books.