Asda is doing a meal deal where you can get a main, side, dessert and bottle of wine for £10

ASDA has launched a new deal where you can get a main, side, dessert and a bottle of wine for just £10.

The £10 meal deal includes a range of mains, from lasagne to paella, sides include chips, a vegetable medley or cheddar and garlic flat breads, desserts are cheesecakes or sticky toffee pudding and a red, white, rose or sparkling wine. 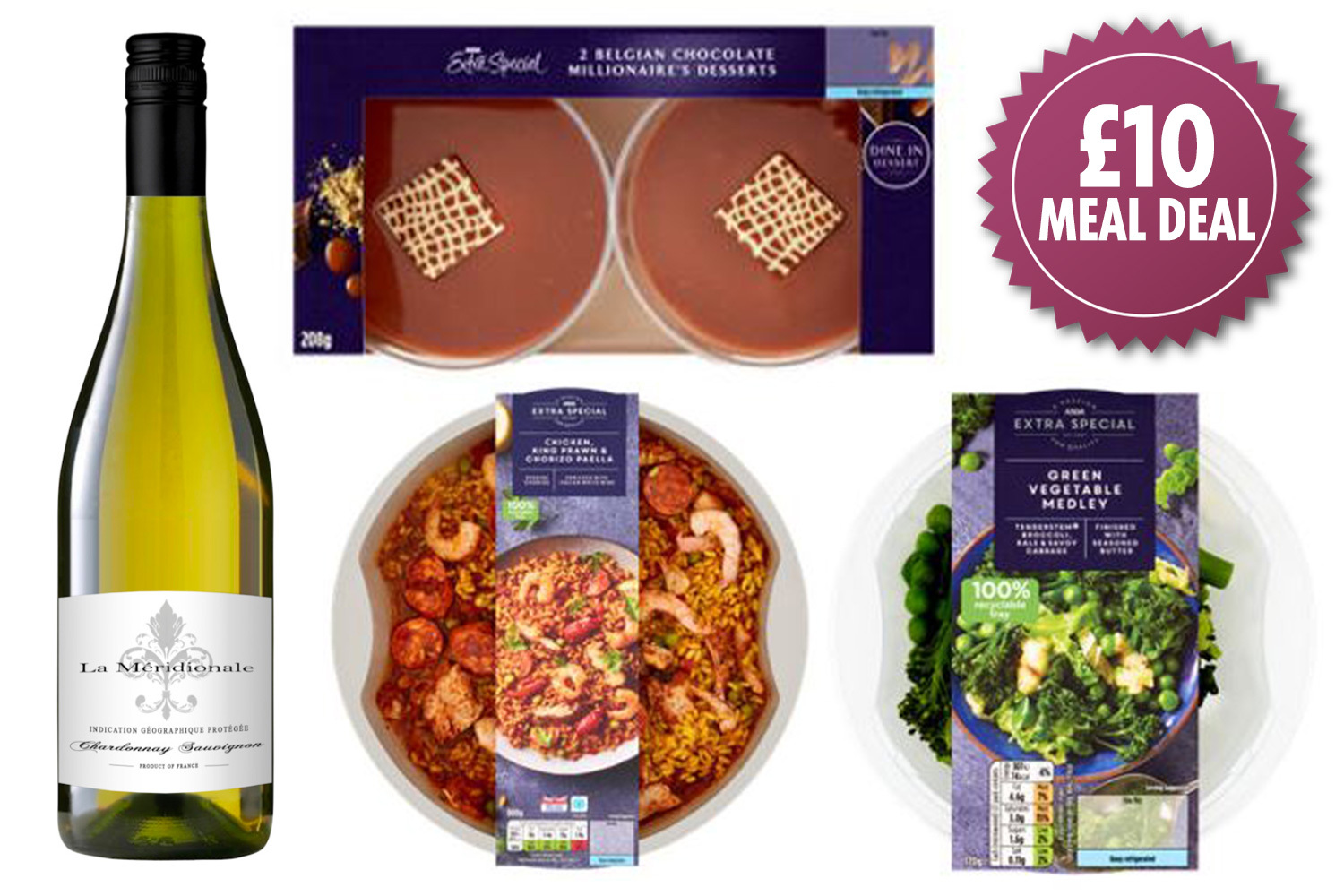 For people who don't drink alcohol, there's also posh lemonade or pomegranate and orange fizz by San Pellegrino, which you can have instead of the booze.

Asda hasn't said how long the deal is on for or for how many people it feeds, so we've asked them and will update this article when we hear back.

But we think it is for two people as some of the main meals are marked as "for two".

All the items are from Asda's Extra Special range, which means they're all posh foods too.

Thanks to the deal, you could save up to £6 or £4 depending on whether or not you choose the wine or San Pellegrino as your drink.

There’s a variety of different foods on offer for Asda’s deal. We’ve rounded up what they are here. All the foods are part of Asda’s Extra Special range.

That means if you purchased all the items individually without the deal, it would cost you either £16 or £14.

If you're enjoying a tipple, please be Drinkaware.

Tesco is offering a similar meal deal, which runs until November 24th, where you can get a main, side, drink and dessert for £10.

Their mains include chicken tikka masala, chorizo mac and cheese and ranch steaks.

People who want to have a slightly cheaper and more casual dinner, Iceland's meal deal might be better for you.

You can get two pizzas and a four-pack of beer, or eight-pack of Pepsi, for £5.

We couldn't see any similar deals at Morrisons, Sainsbury's or Waitrose so make sure you keep checking their websites for better offers.

Its Halloween pizzas are back and they’re shaped like spooky pumpkins.

Asda has also cut the price of 62 ‘free from’ items including pasta, milk and bread.

And we've rated supermarket curry meal deals to find you the best value for money.