These ‘Bachelor’ Stars Are On Bumble, So Get Ready To Find Your Match, No Roses Required

Some Bachelor alums are switching things up in the dating realm after their reality TV stints. Instead of looking for love on TV, some former Bachelor stars are on Bumble and searching for love the 21st century way. So, get ready to find your match with one of your favorite reality TV stars.

Most notably, Bachelor Nation could find themselves swiping right on a former Bachelor lead himself. After a recent appearance on Bachelor Winter Games and his own stint as the lead during Season 20 of The Bachelor, Ben Higgins is looking for love on Bumble. Higgins previously broke up with his final pick, Lauren Bushnell, in May 2017, per People. Since the breakup, he’s been open about how he’s felt about the split and how he’s ready to find love once again.

He told People in October 2017 that while he’s not used to dating (especially after being out of the regular ol’ dating game for a while), he was ready to find someone again. "I really want to find somebody, and I hope in the near future there will be someone to show off," he said.

Now, it seems like Higgins, along with Moreland, Rodriguez, and Graham, are more than ready to trade in their roses for swipes on Bumble. Their profiles have been released and they’re ready to catch the attention of anyone clicking through the app. 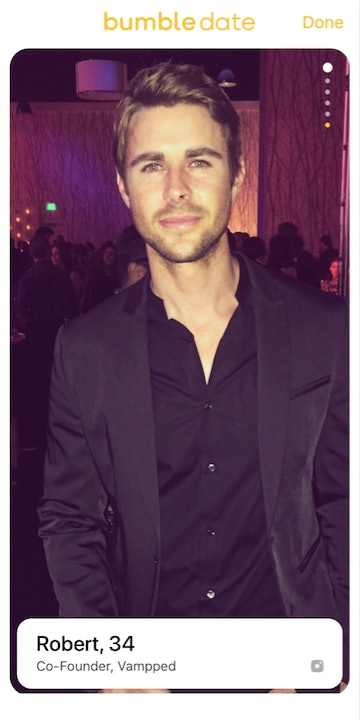 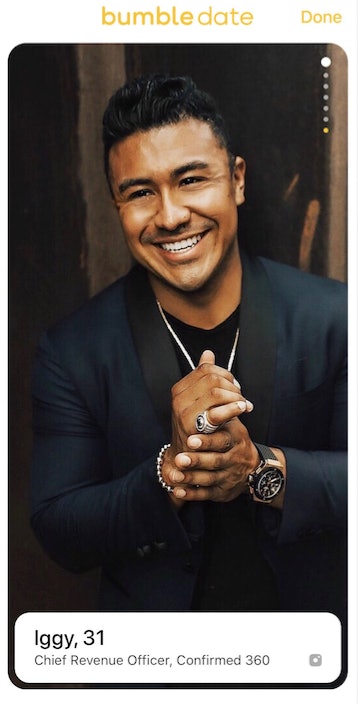 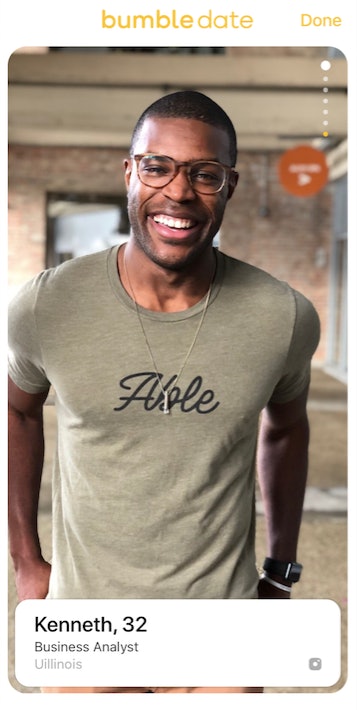 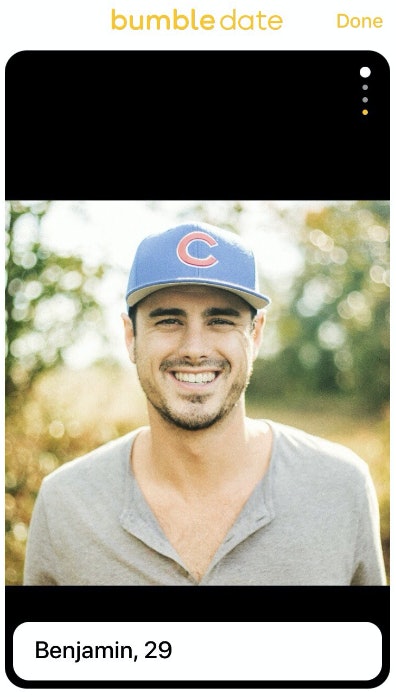 The Bachelor lead is going by the formal Benjamin for his Bumble profile. And he’s totally ready to see which ladies take a chance on him, as he’s looking forward to the company. "This week drinking alone… Next week I will be drinking with my @bumble date," his bio read. Based on his bio, it seems like Higgins is super excited to see where this Bumble journey takes him: "Ladies, I am ready for your first moves. Hit me with your best shot"

So, if you were ever eager to look for love with one of the Bachelor franchise men, but didn’t want to go into the wild world of reality TV to do it, it might be time for you to find you Bachelor from the comfort of your own phone.