Ben Stiller? More like ‘Ben Silver.’ The ‘Meet The Parents’ star debuted a dashing and distinguished look during the 2021 Golden Globes ceremony, and fans were taken with just how good he looks!

“So did anyone else think Ben Stiller looked hot at the Golden Globes?” one fan tweeted shortly after the conclusion of the Feb. 28 ceremony. Stiller, 55, appeared during the 78th annual Golden Globes sporting more than a touch of grey in his hair. The Zoolander star even joked about his new look. “t’s hard to believe that it’s been a full year since the last Golden Globes, but like many of us, I’ve used that time to really look inward and grow,” he joked. “I’ve come to fully understand the nature of cryptocurrency. I read a book. I finally got around to dyeing my hair gray.” 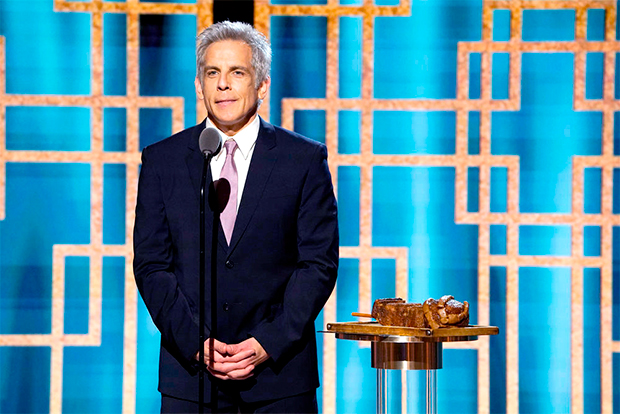 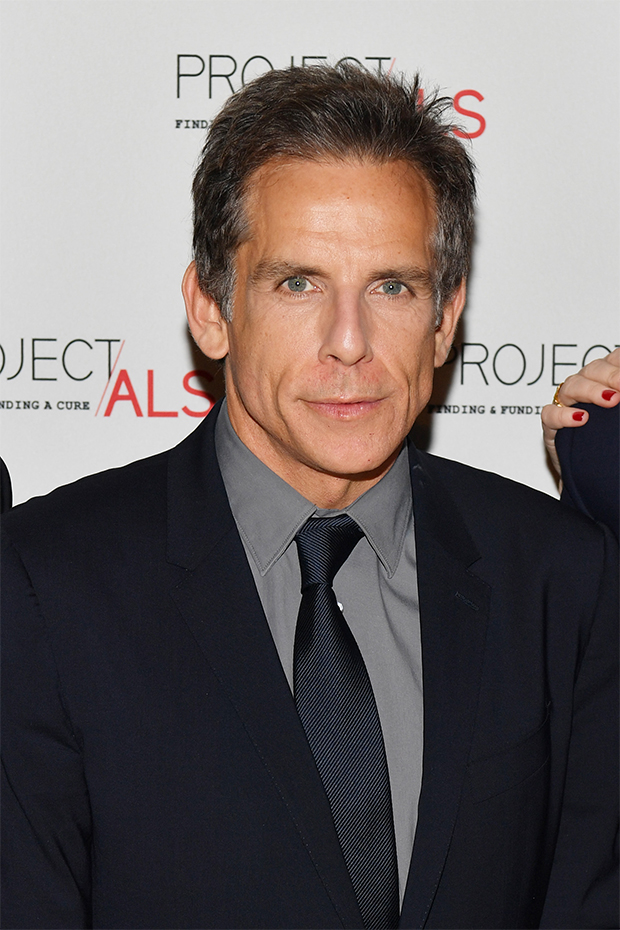 “And like so many other resilient Americans, I learned to bake a delicious banana bread in the perfect form of a Golden Globe,” added Stiller, but according to fan reaction, that wasn’t the only tasty snack on stage. “Okay Ben Stiller with that silver fox hair,” one viewer tweeted. Many more were suddenly enamored with Stiller’s new look.  “When did Ben Stiller become a silver fox?” “Okay, but I’m all here for silver fox ben stiller holding banana bread” “not ashamed to admit I’m in love with silver fox Ben Stiller.”

Stiller was tasked with presenting the  Best Actress in a Motion Picture, Musical or Comedy award. It went to Rosamund Pike for her role in I Care A Lot. During her acceptance speech, she gave a special mention to her fellow nominee Maria Bakalova, who played “Borat’s Daughter” in Borat Subsequent Moviefilm. “In my movie, I had to swim up from a sinking car,” said Pike, per The Hollywood Reporter. “I think I’d still rather do that than being in a room with Rudy Giuliani. Maria, I salute your brilliance and your bravery.” Sacha Baron Cohen also thanked Giuliani – who he called a “fresh new talent” and a “comedy genius” – while accepting the award for Best Motion Picture – Musical or Comedy.

The 2021 Golden Globes were unlike any of the prior 77 editions, but it still managed to pack in the star-power and the memorable moments. Kenan Thompson gave life to 90s kids by channeling his All That character “Pierre Escargot” during a skit with Maya Rudolph. Jane Fonda accepted the Cecil B. DeMille award and pushed for Hollywood to increase its diversity, to “expand that tent so that everyone rises and that everyone’s story has a chance to be seen and heard.” Chadwick Boseman’s widow, Taylor Simone Ledward, accepted the award for Best Lead Actor on his behalf, saying that if the Black Panther star were still with us, he’d say “something beautiful, something inspiring, something that would amplify that little voice that tells you can, that tells you to keep going, that calls you back to what you are meant to be doing at this moment in history.”