A young Indigenous man on a neighbour’s property is shot dead at close range. He has not committed a crime, was just passing through. The neighbour, a white man, is put on trial for the murder but the all-white jury acquits him. 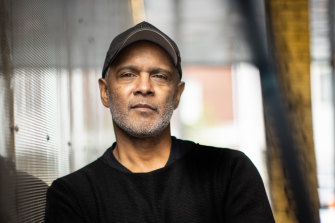 The 22-year-old man in question is Cree, shot in a Saskatchewan farmyard, and the perpetrator a white Canadian. It’s a scenario that doubtless strikes a chord with Indigenous Australians, all too familiar with the disproportionate number of black deaths in custody and the experiences of Tanya Day, Wayne Fella Morrison, David Dungay Jnr and Cameron Doomadgee.

“As in most colonial countries, we do have these legacies that move into today. There is tension out there – there is an anti-Indigenous racism that’s pretty baked in,” says Dr Tasha Hubbard, director and writer of nîpawistamâsowin: We Will Stand Up, which tells the story of the late Colten Boushie and his family as they demand justice from Canada’s legal system.

Shown in Melbourne next week as part of the Birrarangga Film Festival, We Will Stand Up highlights the similarity in experience of indigenous people around the world.

Briggs says Australians are renowned for heading overseas to discover other cultures when they have the world’s oldest culture at their doorstep. “We are about sharing of culture and opportunity for people to come and ask questions of themselves and to listen to another perspective and to try for themselves to draw the parallels.” 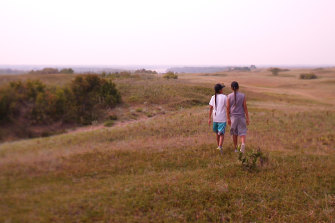 A still from the Canadian film We Will Stand Up.Credit:George Hupka

As in Australia, generations of indigenous children in Canada were forcibly removed from their families. Like here, disproportionate numbers of indigenous people are locked up: more than 30 per cent of Canadian prisoners are indigenous.

Hubbard was adopted into a non-indigenous family “and found my way back when I was a teenager”. She hopes the film highlights that the law as it stands only works for certain people: “The legal system upholds whiteness.”

“I want people in Australia and Canada to put down their defences and think about what does justice actually mean. Our legal systems have been shown to be fallible, there’s a constant need for reform,” Hubbard says. “My Cree dad in the film talks about justice as having mutual respect, respecting treaties, respecting indigenous people’s right to the land, our right to exist and have our families intact, have our sites protected. It’s about what our future could be.”

Highlights include the acclaimed Firestarter, the story of the Page brothers and their vision in creating Bangarra Dance Theatre, and the remarkable film The Sun Above Me Never Sets, which comes from filmmakers of the Sakha Republic in Russia.

A series of workshops as part of the festival’s programming include writer/director Leah Purcell talking about her coming film The Drover’s Wife, and writer Tony Birch on the adaptation of his book The White Girl, as well as an online Q&A with Professor Hubbard.

Briggs created the festival to address the lack of indigenous stories being told and is angry that so little is known in this country about Aboriginal culture, society, language and people. “I put the blame squarely at the successive governments and the education department; [they] have starved and robbed Australians of this richness.”

nîpawistamâsowin: We Will Stand Up airs on March 12; Birrarangga Film Festival runs March 11-14.