“The only thing I’ll say that’s new information is I was f–king shocked when I found out too,” the former firefighter, 45, said during the Monday, January 10, episode of his “Tell Em Steve-Dave” podcast with Walt Flanagan and Bryan Johnson. “I didn’t necessarily see that coming. He’s a friend and I’m not gonna talk about his personal life, which is clearly where he’s gone now. It is what it is.”

The New York native noted that he, James “Murr” Murray and Sal Vulcano were “back to work,” saying, “Initially, we didn’t even know — ‘Is this even worth doing without Joe?’ But you just look at it and yeah, [it is]. I don’t want to not do it. If I left the show, I wouldn’t want the guys to stop just because I left. There are so many negatives to Joe not being there. We’re losing a comedic powerhouse.”

The comedian added that there’s “nothing” to do but “accept” the new reality and “give [themselves] permission to have fun.”

Impractical Jokers’ Joe Gatto and Bessy Gatto: The Way They Were

He explained, “Once I got through that feeling, it’s been a f–king blast. It’s almost like a new show now. Isn’t that weird? He was so instrumental behind the scenes and that’s just gone now so it’s a new vacuum. You can only fill parts of it here, everywhere. The show, it’s gonna be a bit weirder. I’m able to get a little bit more of my s–t [in].” 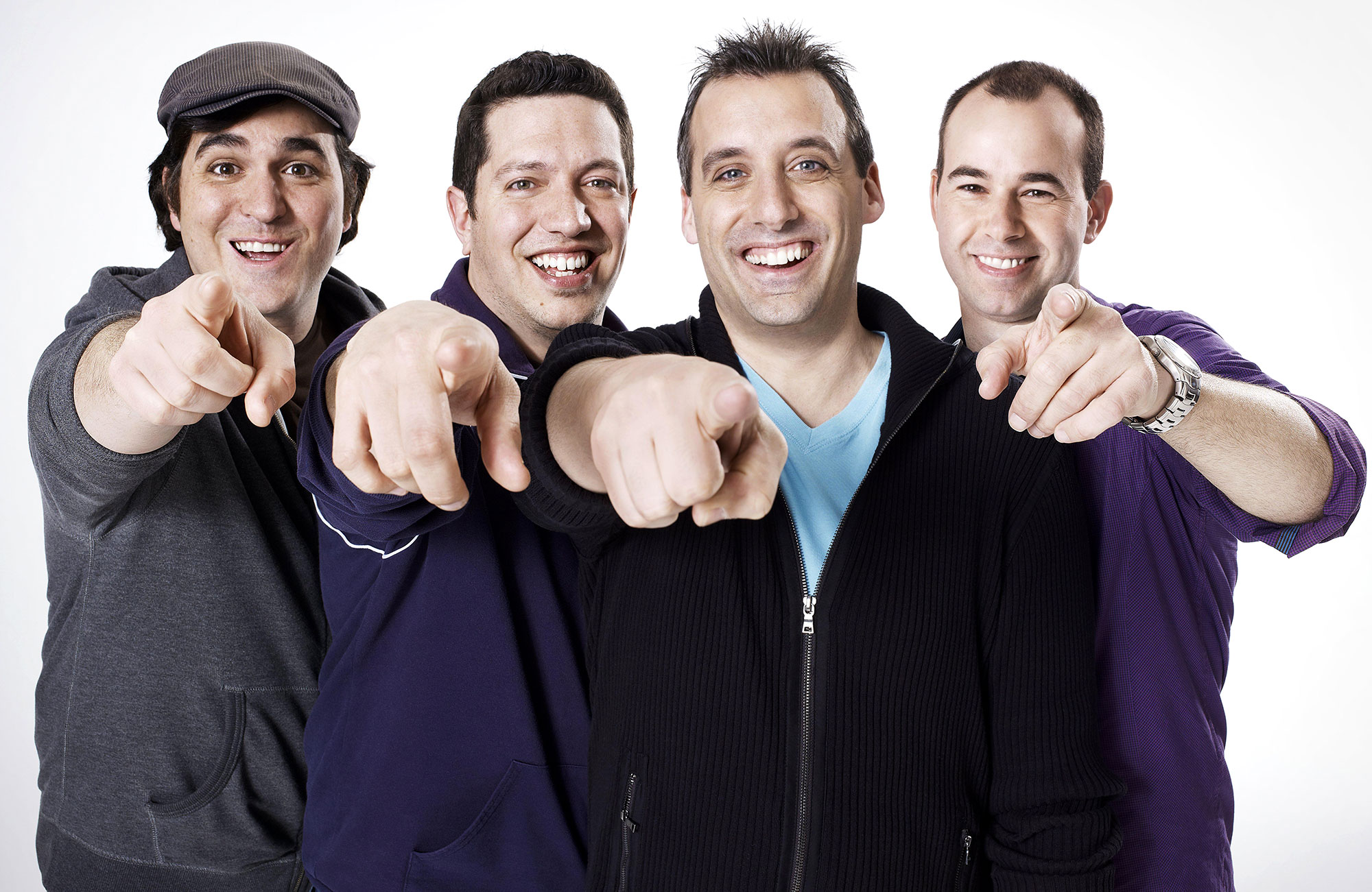 Gatto, also 45, announced via Instagram in December 2021 that he was leaving the TruTV show — as well as divorcing his wife, Bessy Gatto.

“I just wanted to let you all know that I will no longer be involved with Impractical Jokers,” the Tenderloins member wrote at the time. “Alongside my friends, I’ve devoted a decade of my life to building this franchise and couldn’t be prouder of what has been accomplished. However, due to some issues in my personal life, I have to step away. Bessy and I have decided to amicably part ways, so now I need to focus on being the best father and coparent to our two incredible kids.

Bessy, 39, added in a post of her own: “With love and respect, we have decided to separate. Although we will no longer be a couple, we will always be a family to our beautiful kids and we look forward to coparenting together. We ask that you please respect our privacy as we navigate this new chapter together. And of course we will still continue to help animals and rescue dogs, which is something we are both passionate about!”

In a TikTok video one week later, the mother of two raised her hand when asked to show the “broken” item in her house “that everyone just accepts and lives with.”