Broadcasters and producers are at loggerheads over Australian children’s content on commercial television, with Nine CEO Hugh Marks lending his support to rival James Warburton, CEO of Seven, over calls to scrap quotas making it compulsory to commission and broadcast such content.

“We need action and we need it now, and Seven’s actions are very much targeted at forcing that action,” Mr Marks told this masthead, which is owned by Nine, on Wednesday. 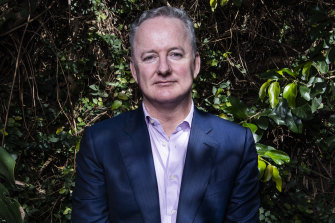 “I’ll have to consider the same thing because to continue to expend our money and taxpayers’ money on making content for which there is no audience makes no sense.”

Mr Marks' comments followed the release of Nine's half year financial results, while included a 1.7 per cent decline in revenue to $1.19 billion and earnings before interest, tax, depreciation and amortisation (EBITDA) of $250.8 million. Shares closed 7 per cent higher at $1.73.

On Tuesday, the Herald and The Age reported Warburton's threat to cease production of all Australian children’s programming at Seven.

More pressure on the issue came from Free TV on Wednesday.

“Free TV broadcasters are more committed to Australian programming than ever but the children’s quota system is collapsing under its own weight,” said Bridget Fair, CEO of the industry lobby group.

“It’s astonishing that in 2020 we are still subject to last-century rules that force us to make programs that no child is watching. Free TV has called for these outdated and onerous obligations to be scrapped. It’s clear that this is now a matter of extreme urgency and that we need the (federal) government to act.”

Meanwhile, Ten's CEO Paul Anderson added: “Children’s content quotas should be removed because the world has completely changed and it’s time regulation changed with it.

“If a commercial network wants to make children’s television then it should be based on viewer demands, not a bunch of anachronistic rules that are stuck in the 20th century."

But Jenny Buckland, CEO of the Australian Children’s Television Foundation, hit back at the broadcasters. 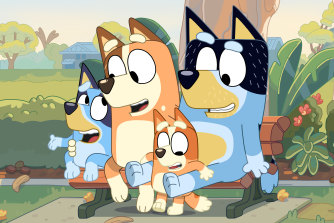 Bluey has been a huge hit for the ABC, at home and abroad, but the commercial broadcasters want out of the Australian children’s space entirely.

“They have been so belligerent about what they want, which is no obligations at all,” she said, referring to the networks’ position as presented to a series of parliamentary inquiries since 2016, and on which the government is yet to act.

Screen Australia and the Australian Communications and Media Authority are expected imminently to deliver an “options paper” for the industry to Communications Minister Paul Fletcher. This document is expected to inform a revision of government policy around film, television and streaming services.

“It will probably include more flexibility for commercial broadcasters but I doubt it will let them off the hook completely,” Ms Buckland predicted of the paper. “I suspect they know that and this brinkmanship is an attempt to disrupt the process and bully the minister into adopting all their positions.”

Under Australia’s broadcast regulations, the commercial FTA broadcasters are required to screen at least 26 hours of first-release Australian C-rated drama per year and an additional eight hours of repeat Australian drama.

Each broadcaster is required to screen 390 hours in total of C-rated (for children) and P-rated (for preschool children) content per year.

The networks insist that this content is expensive to produce, difficult to sell advertising to, and is watched by a miniscule audience.

In a submission to a parliamentary inquiry in 2017, then-CEO of Seven Tim Worner claimed: “We're spending millions of dollars on children's content for just a few thousand viewers. Some of the audiences are down to an average of 6000.”

This week Mr Warburton claimed the audience for children’s content was so low that “in some instances [it] is watched by such a low number of viewers that it falls under ratings measurement thresholds”.

But Gill Carr, whose Moody St Productions has made children’s programs for the commercial broadcasters and the ABC, said the demise of children’s content on FTA was a self-fulfilling prophecy.

“Their view is they do kids’ content because they have to do it. They don’t support it – if they did I think they’d find a better viewership.

“They could promote the kids’ shows and the fact they have them available online. They could become a children’s hub in exactly the same way the ABC has. There’s no reason they couldn’t do that, it’s just that they’re not interested.” 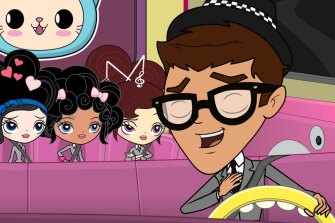 Ms Carr said her latest program, Kuu Kuu Harajuku, co-created with singer Gwen Stefani, had been sold to 40 countries and was made with the backing of foreign broadcasters because the funds to do it in Australia simply weren’t adequate.

But the argument for producing Australian children’s programs isn’t primarily economic but a cultural one.

“Homegrown content shows Australian children their roots, their culture, who they are,” she said. “If everything comes from the US, what are we showing our children – that they’re not relevant in the world?”