Chris Brown is being sued by a woman claiming he drugged and raped her at a December 2020 yacht party in Miami, according to TMZ.

The singer, 32, allegedly invited the professional choreographer, dancer, model and musical artist — going by Jane Doe — to the boat parked at Diddy’s Star Island home via FaceTime, according to documents obtained by the outlet on Thursday, January 27.

The then-med student claimed she felt “disoriented, physically unstable, and started to fall in and out of sleep” after accepting two drinks from the Grammy winner. She went on to allege that the Virginia native led her to a bedroom where he raped her, requesting via text the following day that she take a Plan B.

The woman, who is represented by attorneys Ariel Mitchell and George Vrabeck, is allegedly suing the dancer for $20 million in damages for severe emotional distress.

Brown responded to the claims via Instagram Stories on Friday, January 28, writing, “I HOPE Y’ALL SEE THIS PATTERN OF whenever I’m releasing music or projects ‘THEY’ try to pull some real bulls–t.”

Rihanna and Chris Brown’s Ups and Downs Through the Years

The songwriter was previously accused of rape and detained in Paris in January 2019. When the “Take You Down” singer was released from custody, French authorities told TMZ that “the investigations, which are not closed at this stage, will continue under the authority of the Paris prosecutor’s office.” 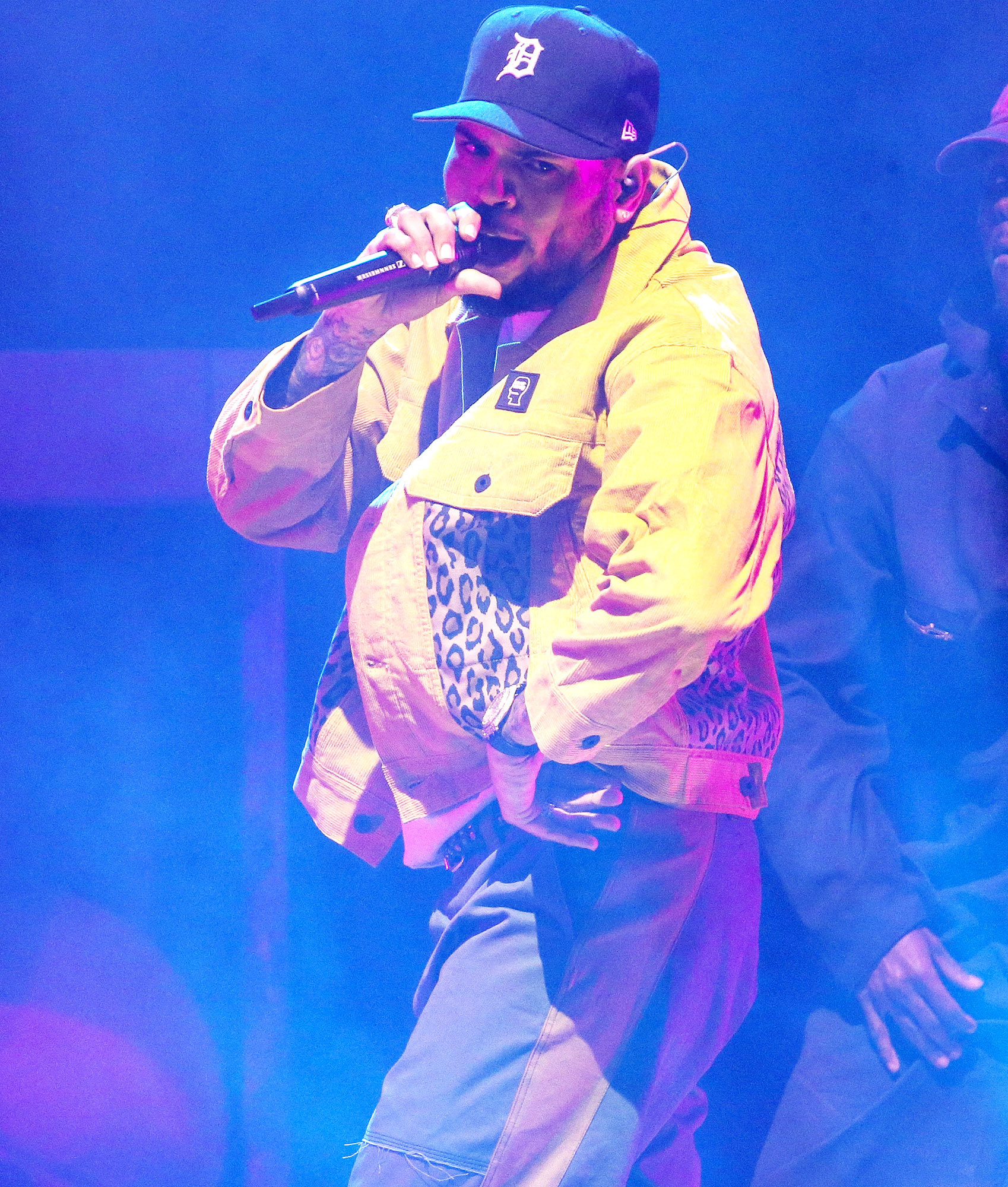 The actor has made headlines for his legal troubles numerous times over the years. In February 2009, Brown physically assaulted then-girlfriend Rihanna. The “Run It” singer pleaded guilty to the felony and served five years of probation, as well as doing community service and attending domestic violence counseling.

“I’m pretty sure we can always be friends,” Brown told Larry King in his first interview about the incident in September 2009. “I don’t know about our relationship, but I just know definitely that we ended as friends.”

The on-again, off-again couple briefly reconciled in 2012. In November 2018, a source exclusively told Us Weekly that the duo are “in frequent contact” and “supportive of each other’s projects.”

Rihanna, 33, told Vanity Fair in 2015 that she “was very protective” of her ex, explaining, “I felt that people didn’t understand him. But you know, you realize after a while that in that situation you’re the enemy. You want the best for them, but if you remind them of their failures, or if you remind them of bad moments in their life, or even if you say, ‘I’m willing to put up with something,’ they think less of you — because they know you don’t deserve what they’re going to give.”

Rihanna Through the Years: From ‘Pon de Replay’ to Lingerie

Brown was also arrested in West Palm Beach, Florida, in 2017 for an outstanding warrant one year after he was accused of punching a photographer. Brown posted $2,000 in bail at the time and was released from jail, pleading not guilty in July 2018. 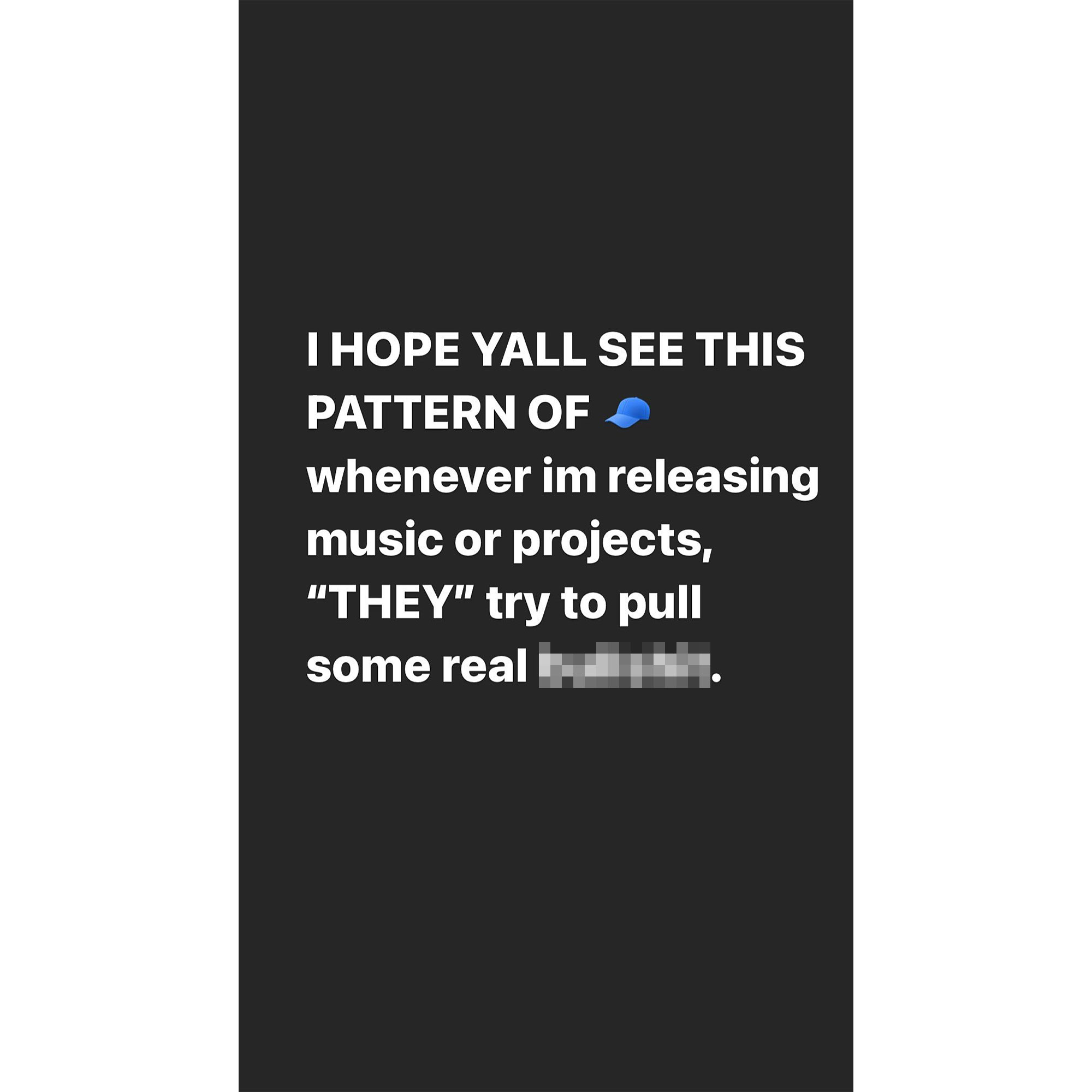 Most recently, the American Music Award winner was under investigation in Los Angeles due to accusations he struck a woman. The alleged altercation took place at his home, with LAPD spokeswomen officer Lizeth Lomeli telling Us, “The female victim advised she and the suspect argued and the suspect struck her. A crime report for battery was completed.”

Chris Brown did not immediately respond to Us Weekly‘s request for comment.