Did Taylor Swift and Joe Alwyn break up? Here’s what her lyrics suggest

Taylor Swift released her new album “Folklore” at midnight on Friday, and it’s packed with intimate, wistful lyrics and several breakup songs — leading some fans to worry about the status of the musician’s own relationship with Joe Alwyn, her boyfriend of more than three years.

In opening track “The 1,” the 30-year-old pop phenom sings of lost love and “waking up alone,” asking, “If one thing had been different, would everything be different today?”

Meanwhile, “Exile,” her collaboration with Bon Iver, tells the tale of two ex-lovers mourning the end of their union, and “Hoax” details the push and pull of a toxic relationship.

But while diaristic songwriting may be Swift’s signature, fans likely needn’t fret. In a statement about “Folklore” shared across social media, she explained, “I found myself not only writing my own stories, but also writing about or from the perspective of people I’ve never met, people I’ve known, or those I wish I hadn’t.” 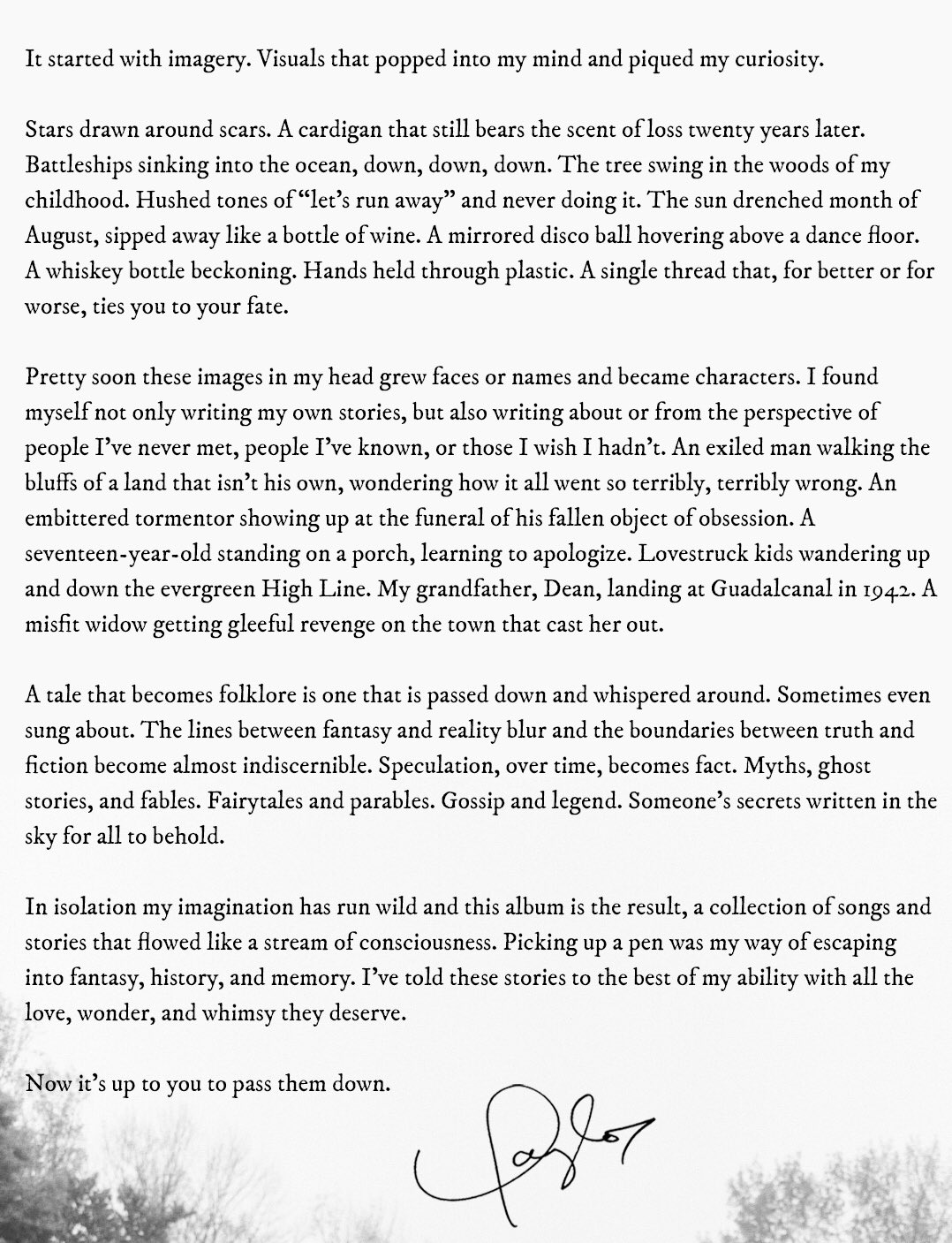 Continued the singer, “In isolation my imagination has run wild and this album is the result, a collection of songs and stories that flowed like a stream of consciousness. Picking up a pen was my way of escaping into fantasy, history, and memory.”

It’s not the first time Swift has penned a breakup song from a fictional character’s point of view: “Death By a Thousand Cuts,” from 2019’s “Lover,” was inspired by the Netflix film “Someone Great.”

And while it may be tough to tell which among certain “Folklore” tracks are based on fact versus fiction, Swift dropped a few details her diehard fans are sure to recognize in the the album’s sweeter love songs.

In “Invisible String,” for instance, she references “our three-year trip,” a teen who worked in a frozen yogurt shop (Alwyn did) and “a string that pulled me out of all the wrong arms, right into that dive bar” — seemingly a continuation of the “dive bar on the east side” storyline she started on her 2017 “Reputation” standout “Delicate.”

Alwyn, 29, also shared Instagram photos of one of Swift’s beloved cats back in April, suggesting the famously private couple have been quarantining together. There’s even a theory floating around that the actor may have helped write two “Folklore” tracks, under the pseudonym William Bowery.

Just don’t expect Alwyn to publicly weigh in. “I’m aware people want to know about [our relationship,” he told British Vogue in 2018. “I think we have been successfully very private and that has now sunk in for people.”