Did you know your penis can SHRINK? Here's what causes your manhood to lose its size

WHILE many men dream of a bigger penis, the sad truth is they are only likely to see it getting smaller, if anything.

It can be a hard pill to swallow, but men can lose up to an inch off their manhood for a variety of reasons. 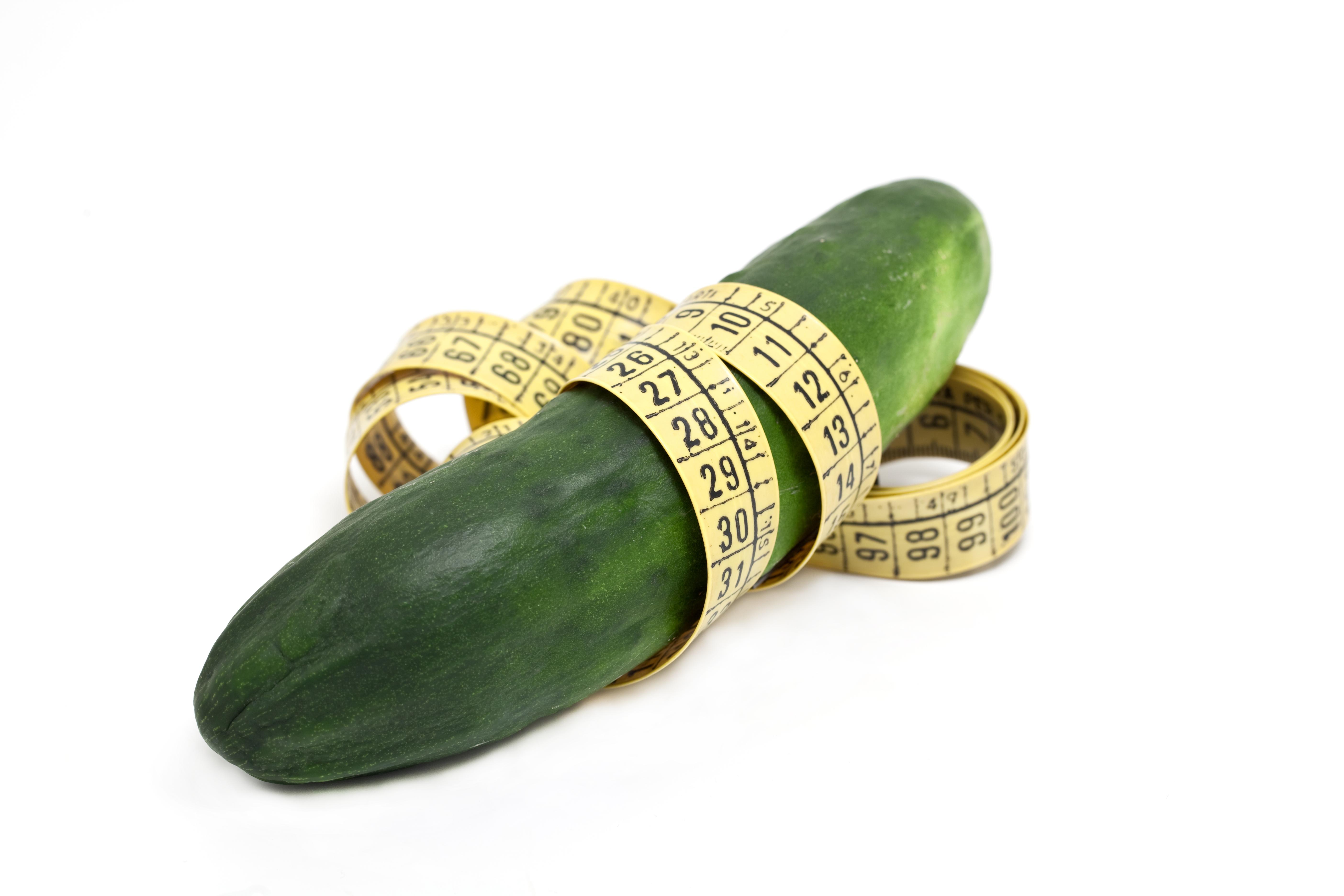 Sometimes it's nothing to worry about. But for others, it could be the side effect of a serious condition, or leave them chronically embarrassed.

It's important to remember there is no "normal" size or shape for a penis. Everyone is different.

Most men's penises are somewhere around 9cm (3.75in) long when not erect, the NHS says, but it's normal for them to be shorter or longer than this.

Research has found the average erect penis size varies from around 13cm to 18cm (5in to 7in).

But no matter where your member sits on the scale, there are a few factors that can cause him to drop a few sizes – and we're not just talking about a cold swimming pool.

Ageing is a sad enough fact of life but we've got some upsetting news, boys.

As you age your penis is likely to change, just like the rest of your body.

Do penis pumps work? How to use one

But remember it's a normal part of ageing and, unless your concerned about the functioning of your penis, it doesn't need medical attention.

The penis can appear smaller when you're older because it is harder to get an erection (although this doesn't happen to all men).

The arteries that supply the penis become more congested and narrow, making it harder for blood to flow into the penis and cause it to stiffen.

The spongy tissue that creates an erection may also degenerate due to less blood flow.

Meanwhile, a build up of scar tissue, from years of small injuries during sex or sports, can cause shrinkage, Healthline reports.

It's not just your old fellow that shrinks – your testicles are also likely to get slightly smaller, too.

They may sag lower down due to the skin losing its elasticity.

If there's anything that will cause you to quit smoking, maybe it's finding out it will harm your todger.

There are certain toxins in a cigarette that damage the blood vessels in your penis, according to Medical News Today.

Unfortunately, not only does that mean the muscle cells in your member could waste away, it could also spell difficulties in the bedroom.

Damage to the blood vessels in the penis may mean that no matter how turned on you are, you struggle to get an erection.

The problem with reduced erections is that the penis is no longer being stretched regularly. This can cause it to lose length over time.

A good sign that the penis is healthy is waking up with an erection, because this signals the nerves and blood supply is working.

Healthy men have an average of three to five erections per night, lasting up to three hours in total, the NHS says.

Experts from Boston University of Medicine examined the erect penises of 200 men and found that smokers measured up shorter than those who steer clear of fags.

The 1998 study concluded that smoking inhibits blood flow to your private bits, which can stop your penis from stretching and therefore make it shrink over time.

All medication comes with unwanted side effects, but some measure up worse than others.

Adderall, often prescribed for attention deficit disorders, is the most well-known for leaving you with less length down there.

Some antidepressants and antipsychotics may have the same effect.

Some drugs used to treat prostate problems can also cause your penis to shrink.

A 2012 study into the drug finasteride, used to treat an enlarged prostate, found that men suffered from shrinkage and reduced sensation down there.

Another study, published in the journal Urology, found that 41 per cent of men taking the drug dutasteride, also used to treat an enlarged prostate, suffered sexual dysfunction.

As your stomach gets bigger everything else starts to look smaller… you get the drift.

Weight gain is a concern for most men, not just because it can cause an array of worrying health concerns, but because it also makes their member look a lot less impressive.

But the good news is, your penis doesn't actually shrink when you gain weight.

The reason it looks a little on the shorter side is because the erectile muscles are attached to your abdominal wall.

So when your belly expands it pulls your manhood inward.

It can also be reversed by dropping those extra pounds.

In fact, the NHS recommends banishing the beer belly and getting fit as a tip for improving the appearance of your penis if you're concerned about its size.

Men who have their prostate removed may experience a loss of size.

In fact, it happens in about 70 per cent of men who have had this surgery, called a prostatectomy, to treat prostate cancer.

Experts don't know exactly what causes this to happen, but one theory is that a man may experience muscle contraction after the surgery it pulls their member farther into their body.

Another theory is that the erectile dysfunction experienced after surgery prevents blood from flowing easily to the penis.

As discussed above a lack of blood flow to the erectile tissue, and less frequent stretching, may cause it to shrivel up.

Men who experience this may lose anywhere between half to three quarters of an inch – which any man will tell you is a lot.

But there is some hope, as a study of prostate cancer patients in Japan found that the effect is only temporary.

Published in the journal BJU International, the research found that men usually recovered their old penis size after a year, Stat News reported.

Men should have their erections restored after around a year as well, Johns Hopkins Medicine says.

Some men experience a condition called Peyronie's disease, which causes the penis to become curved when it is erect.

It is perfectly normal for a penis to have a slight curve when it is standing to attention.

But men with Peyronie's disease will have a prominent curve that may cause pain.

It can also lead to difficulty have sex and erectile dysfunction.

The condition can also cause a build up of scar tissue which, as mentioned above, can block blood flow to the penis and cause a loss of size.

Peyronie's disease mostly affects men over 40, according to the NHS, but it can affect anyone at any age.

Peyronie's disease rarely goes away on its own and can worsen.

If you think you have the condition, it's important to get treatment as early as possible.

Covid has the ability to affect almost every system in the body. So of course, it wants to wreak havoc down there, too.

Experts have said a shrinking penis as a symptom of long Covid is likely a result of erectile dysfunction that occurs due to virus infection.

When the virus enters the endothelial cells of the blood vessels found in the penis, it can prevent proper blood flow.

A smaller penis was reported by 3.2 per cent of men who had long Covid in a King's College London study.

But don't fret – it's not necessarily permanent.

Penis shrinkage can be reversible, but in some cases it may be harder than others or impossible.

The quick fixes are to stop smoking and lose weight, if you need to, and your old fellow will be back to normal in no time.

If it is your medication that has caused a loss in size you need to speak to your GP who can help adjust your dosage to make sure you are not aesthetically impacted down there.

But if you have lost length due to something more serious, like prostate surgery, then your treatment is a bit more complicated.

Sometimes penis shrinkage after surgery will go away on its own. But if it doesn't, drugs like Viagra or Cialis can improve blood flow to the penis, which will restore the erectile tissue.

Unfortunately, if you suffer from Peyronie's disease then the shrinkage is irreversible.

There are surgery options to correct the bend and remove scar tissue, but any damage done beforehand is permanent damage. That's why it's key to seek help earlier, rather than later, to prevent worsening symptoms.

The NHS says on its page about penis size that you cannot make your penis larger or smaller with exercises or medication.

Methods include vacuum devices, penile extenders and jelqing – all which have the aim of increasing blood flow into the erectile tissue or stretching it.

However, the NHS claims there is very little evidence of these making an impact. 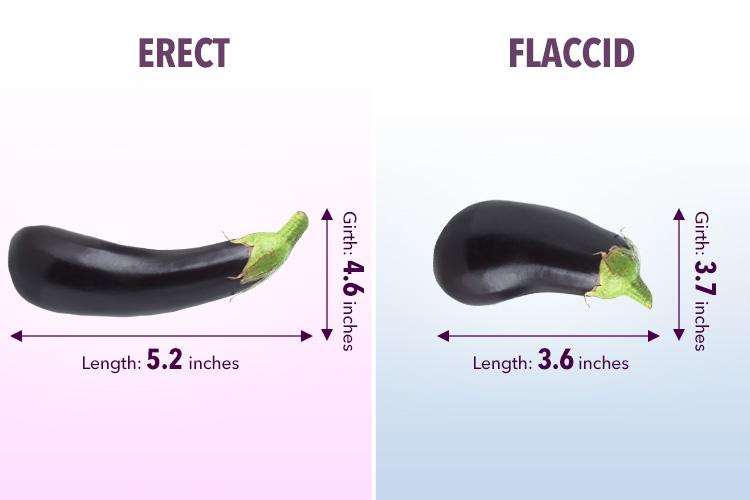