Pride of the lionesses! England WAGs take to Instagram to celebrate the boys’ 2-0 victory over Sweden – while Harry Kane’s pregnant fiancée shares her jubilation from home

After a nail-biting 90 minutes at the Samara Arena yesterday, the England WAGs couldn’t resist taking to social media to celebrate their joy and relief as the team sailed into the semi finals with a comfortable 2-0 victory over Sweden.

Fern Hawkins was no doubt especially proud of boyfriend Harry Maguire who scored the first goal of the game, sharing a loved-up selfie of the pair in the stands after the game.

Also throwing her support behind the boys was Becky Vardy, who declared her pride in the team saying: ‘Such a great day. Yes Jamie didn’t play but we all support the TEAM regardless. ‘Proud of the boys.’

Raheem Sterling’s girlfriend Paige Milian was also absent from the Samara Stadium, but kept up with the action as she attended Wireless Festival in London’s Finsbury Park.

The model, who shares a son Thiago with Raheem, shared a snap of the big screen showing the football at the music festival and a celebratory selfie with a fun filter.

Meanwhile, Harry Kane’s pregnant fiancee Katie Goodland, 25, who has remained at home with their daughter Ivy, 18 months, as she awaits the birth of their second child, said missing the England captain was worth it. 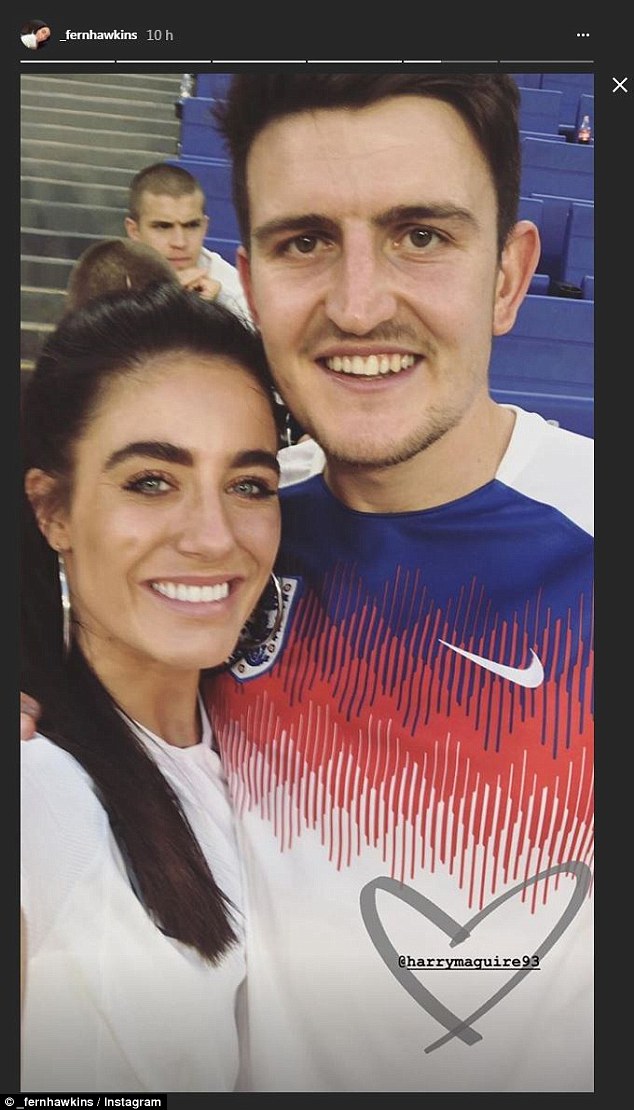 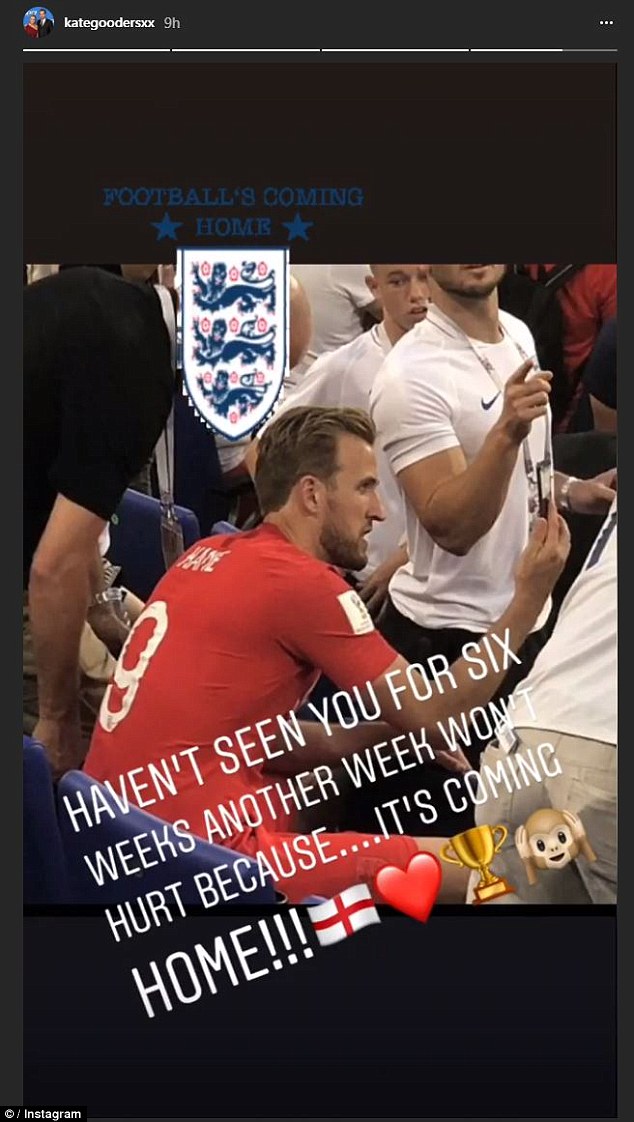 ‘Haven’t seen you for six weeks. Another week won’t hurt because it’s coming home,’ she said.

Harry FaceTimed Katie Goodland minutes after leading his team to victory in the World Cup quarter final against Sweden.

The striker failed to score during the historic victory, leaving the goals to Harry Maguire and his Tottenham team mate Dele Alli.

Kane, 24, made his way into the stand following the game and picked up a mobile phone. 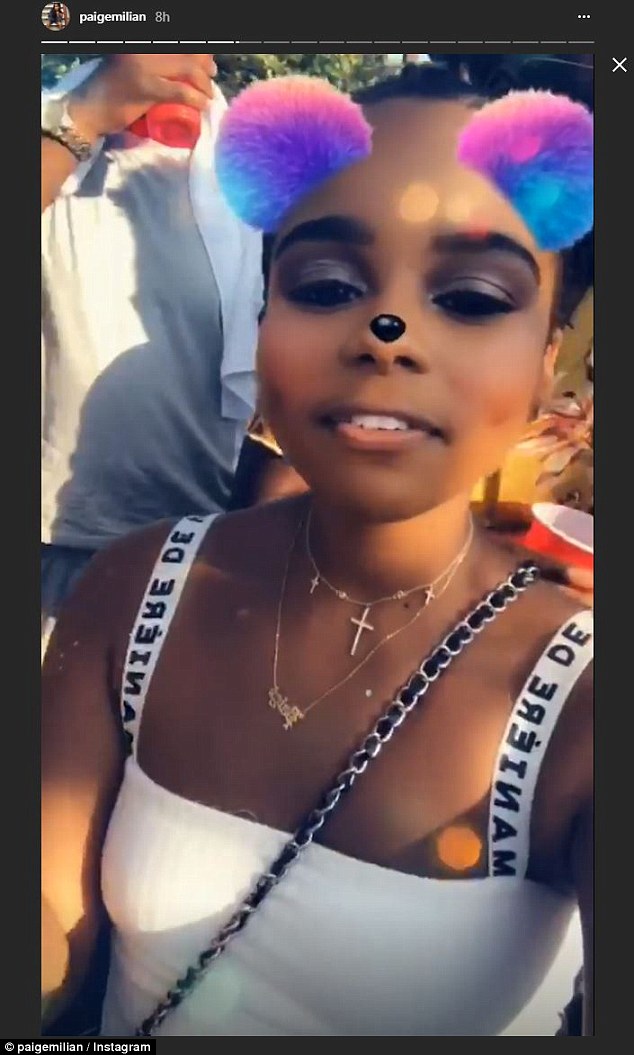 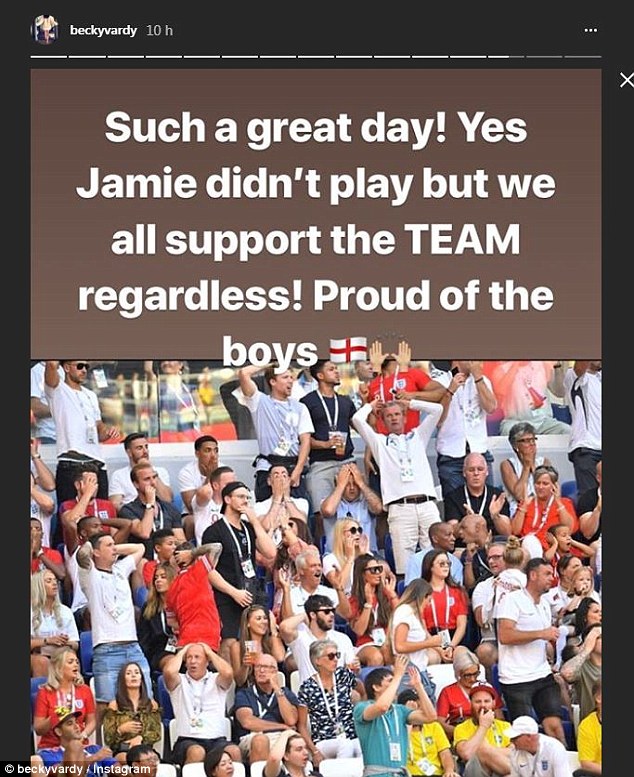 Although Jamie Vardy didn’t start for England, his wife Becky was bursting with pride 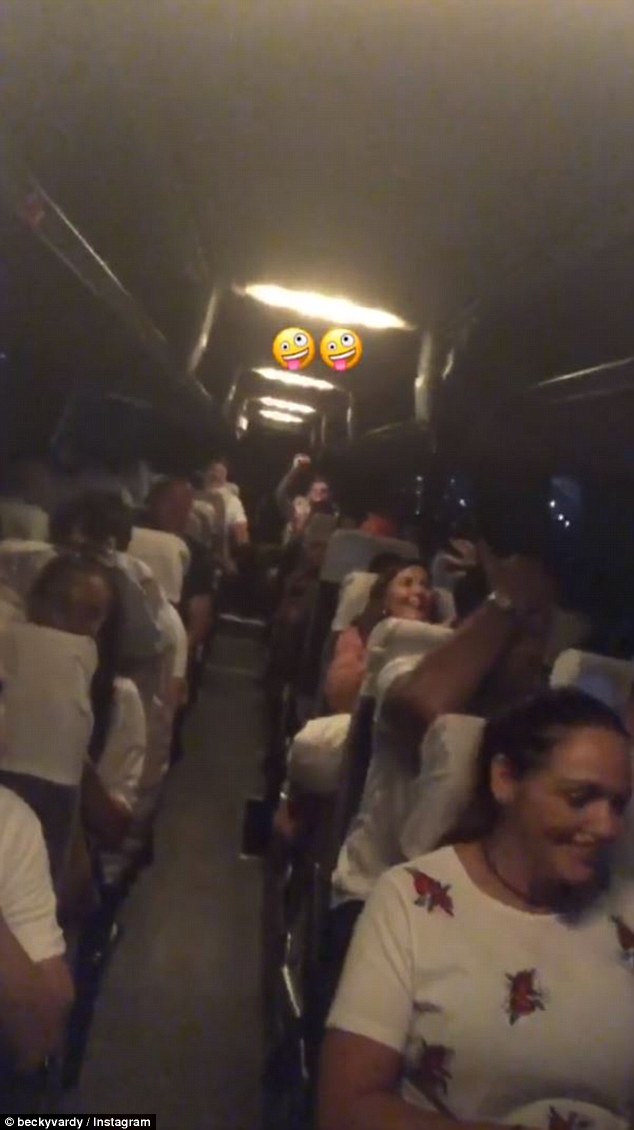 There wasn’t a lot of time for celebrating, however, as social media snaps revealed the WAGs were on the road again within hours of England’s big win.

Beck Vardy shared a snap from the coach on the way to the airport to fly back to St Petersburg in the early hours of the morning, arriving in the city at 3 AM local time.

England will face Croatia at 7pm on Wednesday in Moscow, their first semi-final since 1990 after Dele Alli and Harry Maguire netted a goal each against Sweden.

The Three Lions took first blood in yesterday’s fixture courtesy of Harry Maguire, rising highest on the half hour mark to meet an Ashley Young corner and send the ball crashing into the back of the net.

After surviving an early scare in the second half, England soon had their second, with Dele Alli heading home Jesse Lingard’s first-time, curling cross. Gareth Southgate and his men will now take on Croatia on Wednesday at 7pm.

The win sent shockwaves through the UK as 32 million England fans exploded with joy after watching the Three Lions make it through to the semi-final of a World Cup for the first time since 1990. 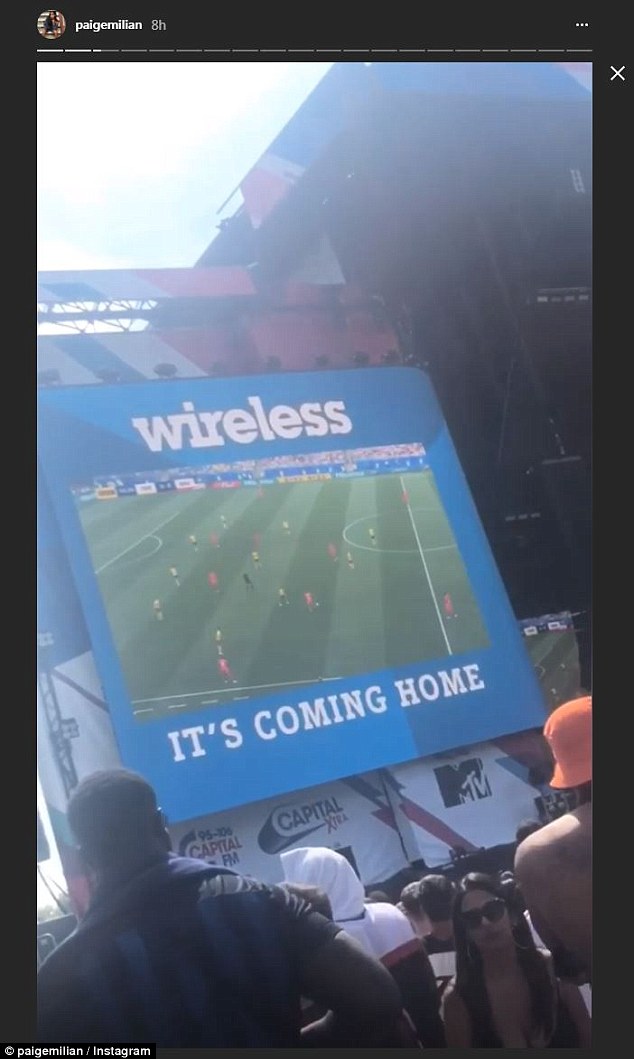 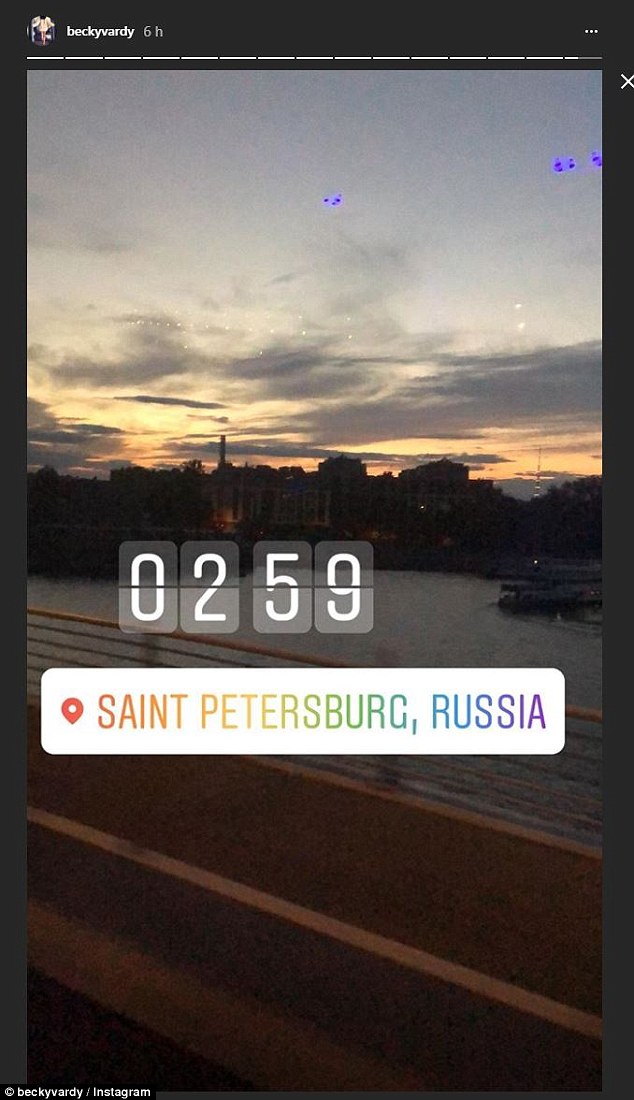