Enthusiast denies that garden gnomes are declining in popularity

Go big or go gnome! Report claims trend-conscious over 65s are ditching the garden ornaments because they look ‘old-fashioned’

A self-confessed gnome enthusiast has denied that the garden figurines are on the decline, despite a recent poll showing that their popularity has plummeted among pensioners.

It found that more than half of over-65-year-olds consider gnomes old-fashioned.

But Paul Howard of Devon garden centre Merry Harriers, which sells the figures and has 2,000 in stock, disagrees with the findings.

Speaking to This Morning today, Paul denied the study, saying ‘he wasn’t sure where [the idea that gnomes are being less popular] has come from’. 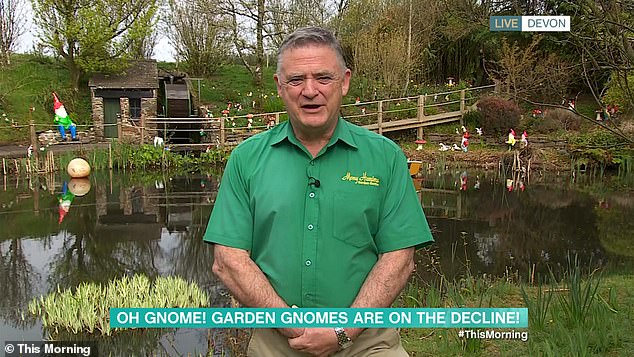 Gnome enthusiast from Devon, Paul Howard (pictured) denies the figures are becoming less popular – and in fact says more people are buying them than ever 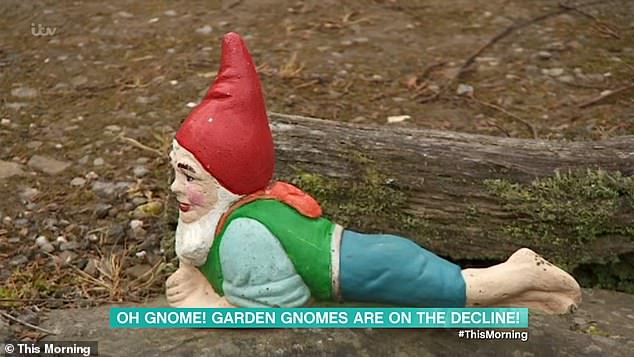 Garden centre Merry Harriers, where Paul works, has a huge stock of gnomes, with around 2,000 in stock, 1,500 of which are on display outside 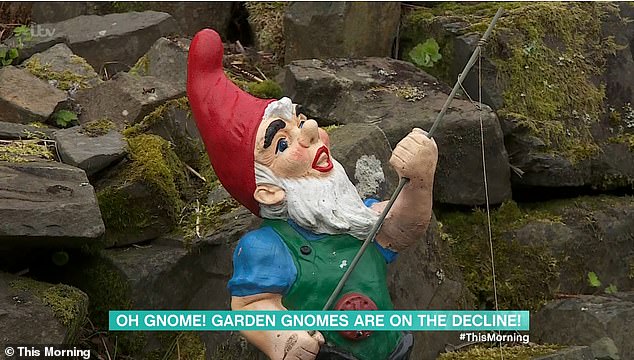 According to gnome enthusiast Paul Howard, there are gnomes to suit all tastes, like this fishing variety

‘There are gnomes for everybody. My grandchildren buy my wife gnomes for certain times of the year, and she loves them as well. So it also generates the keenness for the children to go into the garden and get into gardening as well.’

Paul added that with 2,000 gnomes on show in the garden centre, he inspects them every morning, making sure they are upright.

‘We all do that from a health and safety point of view,’ he said. ‘They’re all looking good and ready to go.’

During the segment, host Vernon Kay asked Paul which types of gnomes are his favourite, saying: ‘Gnomes resemble everything that we do in life, don’t they?

‘They do all our past times – fishing, gardening, I’ve seen one pulling his pants down. They’re a reflection of us, aren’t they?’

Paul replied: ‘My favourite one is one I call the ‘chain gang’ – those are all the toilet guys.’

Discussing which gnomes they would choose at the end of the segment, hosts Josie Gibbons said she would choose a mooning figure and Vernon Kay said he would opt for one ‘holding a pint’.