Given homosexuality was still a criminal offence – it would remain so until 1967 – he was terrified exposure might lead to a jail sentence. He thus reacted to tittle-tattle with fear expressed as fury which, at times, exploded into outright violence: notably so at Paul McCartney’s 21st birthday party in Liverpool on June 18, 1963. Teased by Cavern Club DJ and Beatles champion Bob Wooler about the recent “honeymoon” he’d spent in Spain with Epstein, Lennon beat his tormentor so viciously he landed him in hospital.

“In those days, if you called someone a ‘poof’ or a ‘queer’, you were usually asking for trouble,” says The Shadows’ drummer and party guest Brian Bennett, who watched shocked as Wooler was stretchered away.

On what would have been the Beatle’s 80th birthday today, it is impossible not to reflect on how John’s life would have developed had he not been gunned down by assassin Mark Chapman outside his home in the Dakota building, New York, on December 8, 1980.

Would the final album of his lifetime, Double Fantasy, have led to the 1981 comeback world tour he’d started planning? Would there have been more albums and tours, now his taste for making music had been rekindled after a lengthy period as a recluse, during which he famously baked bread and raised his baby son Sean?

Would there have been a Fab Four reunion, for which fans had been begging ever since the band’s official demise in 1970? Might they have got together for Bob Geldof’s 1985 extravaganza Live Aid? Might he have been, in an age that is thankfully more tolerant, open about his apparent bisexuality?

Both Epstein and Lennon confided in him about it. “Brian had no reason to lie,” Simon says. “It makes sense: if John was gay, he needed to get on and try it. As it turned out, he wasn’t. But John tried things out. 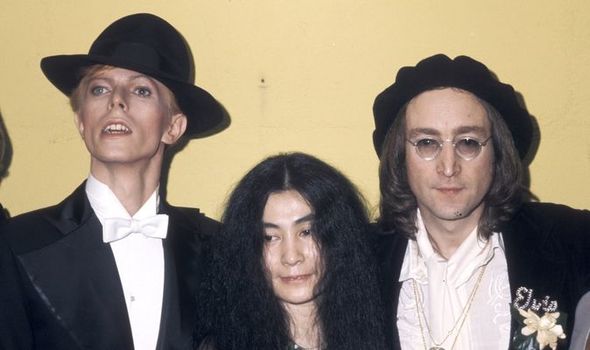 “He didn’t shy away from experiences. Anything at all, whatever it was: a new drug, a new religious idea. John was the leader in all the things The Beatles did that were new and experimental. Was Brian in love with John? I don’t know.

“John didn’t go to public school, so this was about him trying something he’d never tried before. There was mutual admiration, which can turn very easily into lust between two men. Especially entertainment-industry types who have gone out, had a few drinks and find themselves alone together. What I don’t understand is why people have made such a big deal of it all these years. It’s no different from trying Japanese food. Try it, you might like it. Inquisitive, that was John. Why wouldn’t he try it?”

Former Granada TV producer Johnnie Hamp knew both Epstein and Lennon well. “Brian was obsessed with the zest of The Beatles,” he says. “He adored the camaraderie that he could never be part of. The whole concept of being included. He understood it, he sold it to the public, and he marketed it brilliantly. It’s what the success of The Beatles was all about.” But John was of no mind to share his secret with the world. Eight years on, in 1971, he confronted his demons and looked back on the night he savaged Bob Wooler.

“Obviously, I must have been frightened of the f** in me to get so angry,” he admitted during an interview. “You know, when you’re 21, you want to be a man, and all that. If somebody said it now, I wouldn’t give a ****. So I was beating the **** out of this guy, and hitting him with a big stick, too, and it was the first time I thought, ‘I can kill this guy’.”

John later admitted to his best friend since childhood, Pete Shotton, that he and Epstein had been intimate. And Elton John’s former manager and romantic partner John Reid confirmed Lennon told him as well in 1974. 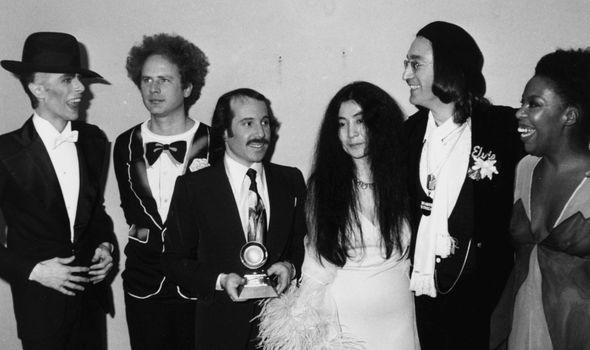 “Did you have sex with Brian?” Reid asked Lennon in Boston.

“Twice,” John admitted. “Once to see what it was like, and once to make sure I didn’t like it.”

But Lennon “liked it” more than he let on. He kept his secret from both his ­unsuspecting wife Cynthia and his bandmates McCartney, Ringo Starr and George Harrison – to the point Paul denied publicly John could have been bisexual, given they had shared a bed countless times and John never once tried it on with him. But John, in common with many artists, was less sexually confined than the public knew.

If the Sixties had been an era of heterosexual liberation, the Seventies followed through with increased acceptance of a more fluid, experimental lifestyle.

New York’s Stonewall Riots of 1969, the rise of the Gay Rights movement and the new ­liberation regarding all matters gender-related, fascinated him.

By the time he and his Japanese second wife Yoko Ono had relocated to New York – not, as has long been believed, to escape press attention and racist attacks, but in a desperate bid to find Yoko’s abducted ­daughter Kyoko – a freshly minted star back home in England was fast becoming the symbol of the age. David Bowie, an ­obsessive Lennon fan, harnessed the spirit of the 1970s and repackaged it to his own advantage. His posturing and performances would inspire a generation of gay, lesbian and transgender folk. 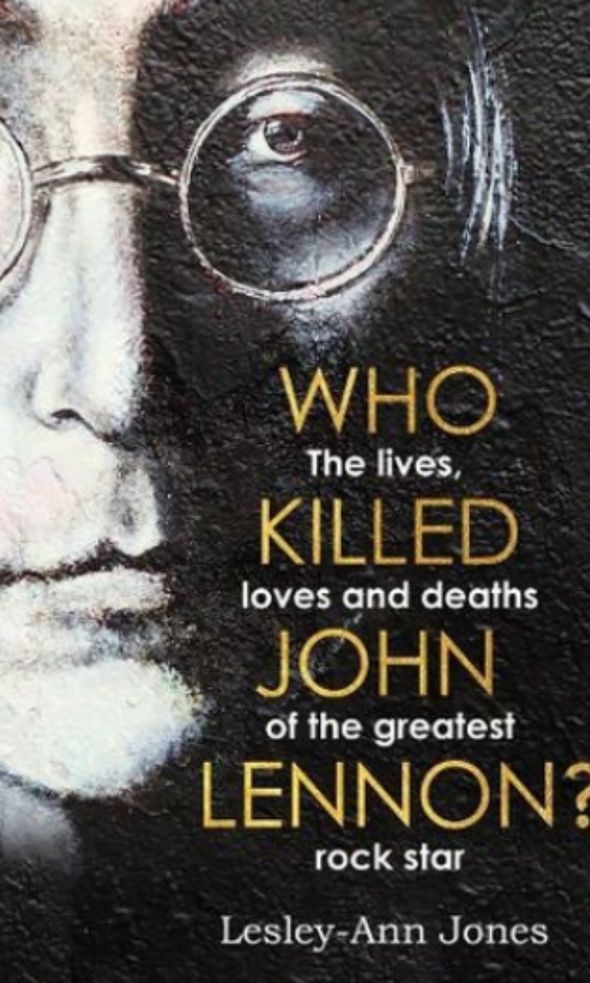 When he came out in 1972, despite the fact he had a wife and child at home, the industry and fans alike were both shocked and enchanted. Surrounding himself with ambisexual eccentrics, Bowie frequented gay clubs and engaged an androgynous friend as his ­costume designer.

He sported startling hair styles and make-up: not cartoonishly like Alice Cooper, Marc Bolan or the Sweet, say, but non-ironically.

Pushing the boundaries of abandonment and self-indulgence, Bowie helped make it acceptable to be gay, bi or trans. Thanks to him, the defining crossover of the Seventies turned out to be the so-called “straight gay”. Having long been inspired by The Beatles, David created his fictional group Ziggy Stardust and the Spiders from Mars in response to their Sgt Pepper’s Lonely Hearts Club Band.

Fashioning extreme extensions of himself, and playing a rock star rather than simply being one, proved to be the catalysts for his own global breakthrough.

“Rock’n’roll is just a pose,” he shrugged. “All of it is. And no one does it better than my hero John Lennon.”

Soon Bowie would get closer to his idol than he ever imagined possible. They met in Los Angeles in 1974 during Lennon’s so-called Lost Weekend: his agreed 18-month estrangement from Yoko during which he was partnered by their willing assistant May Pang. While John was on one of his frequent breaks from May, he and Bowie went out to play. They later “hooked up”.

David told me all about it over lunch in New York in 1990, right down to the hooker who joined him and Lennon in bed. “At some point in proceedings, she left,” he said. “I think it was a she. Not that we minded.”

By the time they made it back to New York, the ambisextrous pair were lifelong friends. John pitched up at New York’s Electric Lady studios in January 1975, during David’s recording of a cover of The Beatles’ Across the Universe for his new album Young Americans. It featured Carlos Alomar, and the young guitarist Earl Slick.

The latter went on to work with Lennon on his final album Double Fantasy. John contributed to David’s track Fame. It gifted David his first US Number One – and ­irritated him he couldn’t have achieved it by himself. It took a Beatle – albeit the one whom he credited as the inspiration of the song – to help it to the top of the chart.

Despite John’s musical and sexual indulgences during his time away from Yoko, he made it back ­eventually to the woman he called Mother.

They were reunited in 1975. Nine months later, they welcomed Sean Taro Lennon, their only child together. Appearing at the 17th annual Grammy Awards that year, Yoko was elegant in silk and marabou. She glowed on the arm of her camply-dressed husband. They had eyes only for each other. Or did they? Red-carpet shots captured that night depict John flirting with a delicious specimen right over his adoring wife’s head.

The handbag-clutching object of his fascination was androgynous, ashen and gaunt, dressed in white tie and Fedora, sporting cheekbones that could have cut coal. Lennon’s sometime lover, David Bowie, had every reason to smirk. He had the last laugh. That was so Bowie.

But what if John were here today?

What sense might the 80-year-old Beatle be ­making of our glacier-melting, Covid-clobbered, politically condemned world? What, if anything, would the activist and peacenik be doing about it? Would he matter now? Would he still be relevant?

I’m certain he would. Perhaps he would have dwindled as a musical force. Most do, by the age of 80. But imagine what he would have made of the reach of social media, the internet, ­podcasting. His voice, his fame and his power could have changed many things.

Who Killed John Lennon? The lives, loves and deaths of the greatest rock star by Lesley‑Ann Jones (John Blake, £20) is out now. For free UK delivery, call Express Bookshop on 01872 562310 or order via www.expressbookshop.co.uk. Delivery 10 to 14 days