GREENE King is planning to close 79 pubs and restaurants in a move it's blamed on the government's 10pm curfew.

The boozer has confirmed 26 sites will permanently shut, while a further 53 will temporarily close with their future remaining in the balance. 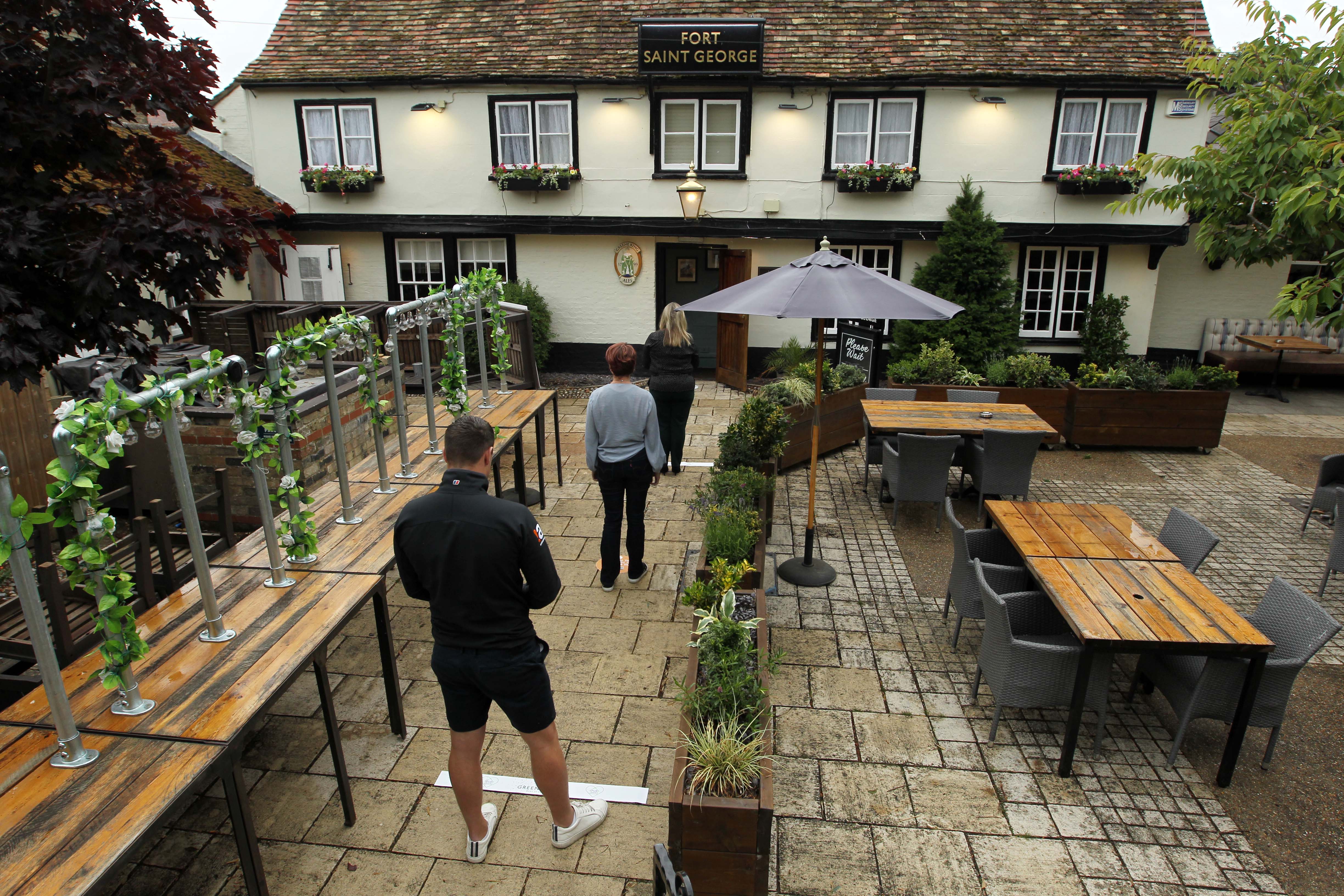 The Greene King group has more than 1,700 pubs across the UK and also owns brands including Farmhouse Inns and Hungry Horse. The group employs 38,000 workers.

The chain says it's too soon to say which pubs and restaurants will close for good, and which will shut temporarily. But it has confirmed it will be across the Greene King, Hungry Horse, and Lock Fyne brands.

It adds that 11 Loch Fyne restaurants are among the 26 sites that won't ever reopen.

Around 800 staff across the 79 sites are now in consultation with the chain about being made redundant, although it's hoped some of these workers will be redeployed.

A NUMBER of high-profile restaurant and food chains have announced job cuts following the coronavirus crisis.

The chain blames the closures on the introduction of a 10pm curfew on boozers and restaurants in England from September 24.

The government crackdown is designed to curb the spread of coronavirus as cases continue to soar.

While in Scotland, Nicola Sturgeon is set to announce a two-week "circuit-breaker" lockdown with pubs and restaurants shutting as soon as this weekend.

Pubs in England were forced to close their doors back in March as a result of the coronavirus lockdown.

They were only allowed to reopen again from July 4 in England – as long as they followed coronavirus safety measures. Reopenings in Northern Ireland, Scotland, and Wales varied as coronavirus is a devolved issue.

At the time, Greene King showed The Sun around its new look bars, which can only operate at 60% capacity due to social distancing.

Thousands of hospitality jobs at risk

Greene King is just the latest chain to announce job cuts after struggling with the coronavirus.

Clive Watson, chief executive of City Pub Group, has warned of more job losses on top. He told The Financial Times earlier this week: “It’s the social distancing. In a pub environment six people at a table is fine but you are not getting the vertical drinking or the big bookings.”

Last week, it was predicted 300,000 jobs would be lost in pubs, bars and breweries if restrictions don’t change.

Are you an affected Greene King employee who wants to share their story? Email us at [email protected]

The study was conducted by Oxford Economics for the British Beer and Pub Association and it suggested that almost a third of existing jobs in the sector.

In September, Wetherspoon's announced plans to cut 350 jobs from its six airport pubs.

The company has already announced it plans on axing 130 head office roles following the coronavirus crisis.

Prices at hospitality venues have been slashed by up to 28% following a VAT holiday announced by chancellor Rishi Sunak in July.

The temporary break sees VAT cut down from 20% to 5% to help the two of the industries worst hit by the coronavirus crisis bounce back.

A spokesperson for Greene King said: “The continued tightening of the trading restrictions for pubs, which may last another six months, along with the changes to government support was always going to make it a challenge to reopen some of our pubs.

"Therefore, we have made the difficult decision to close 26 sites permanently and not reopen a further 53 pubs for now. We are working hard with our teams to try and find them a role in another of our pubs wherever possible.

“We urgently need the government to step in and provide tailored support to help the sector get through to the spring and prevent further pub closures and job losses.” Matthew McConaughey on Why He's Never Dated His Co-Stars

Jennifer Nettles To Be Honored With Inaugural CMT Equal Play Award
We and our partners use cookies on this site to improve our service, perform analytics, personalize advertising, measure advertising performance, and remember website preferences.Ok